Upper Deck is excited to visit with fans at the 2018 Summit Show in Edmonton at Millennium Place on April 21 and 22, 2018. Upper Deck is partnering with Universal Distribution and Grosnor Distribution to provide fans in attendance with some awesome engagement. Senior staff members Chris Carlin (Upper Deck) and Dianne Hatley (Upper Deck Authenticated) are scheduled to be on site to spend time with collectors. Check out details on what Upper Deck has in store:

Fans who love collecting Upper Deck products can score by purchasing sealed hobby boxes from Certified Diamond Dealers at the show and opening them at the Upper Deck booth. Collectors can get a three-card spring promotional pack that will include UD Midnight inserts numbered to just 25 copies, Victory Black rookie cards and Parkhurst Priority Signings autograph cards. This marks the first time Edmonton fans can score these packs. Additionally, to show our love to the Edmonton market, there will be two free raffles for paid attendees to take part in during the show where they can score boxes and memorabilia items! 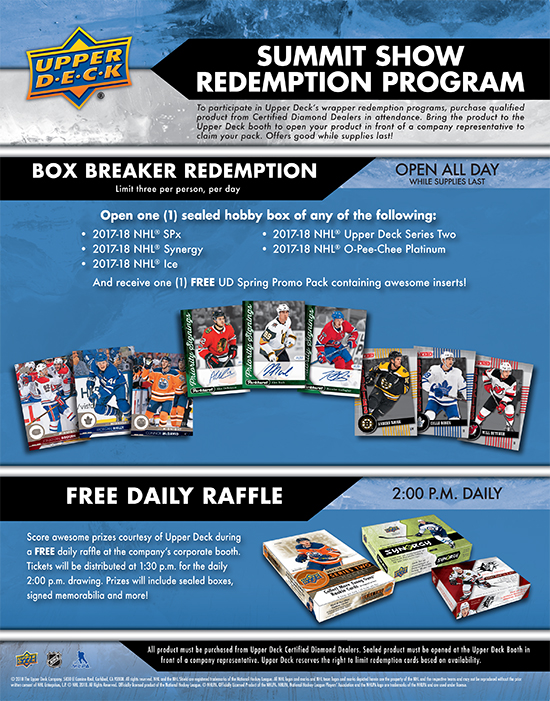 Fans who enjoy Upper Deck Authenticated’s incredible memorabilia items will want to stop by to see some of the incredible items available from Oilers greats like Wayne Gretzky, Grant Fuhr, Paul Coffey, Jari Kurri and Connor McDavid! New items launching at the show include the Connor McDavid Adidas jerseys – six different varieties of signed or signed & inscribed will be available. Purchasers of UDA items will walk away with a special bonus item as well. 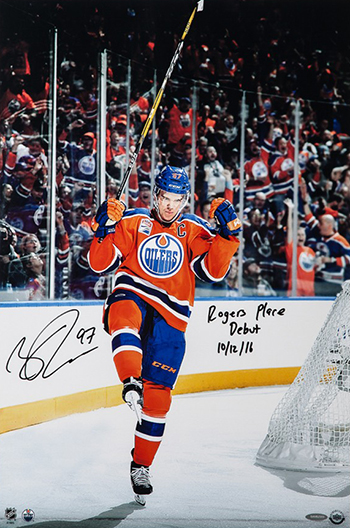 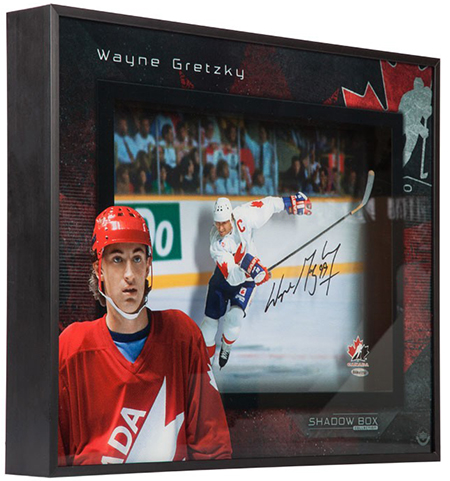 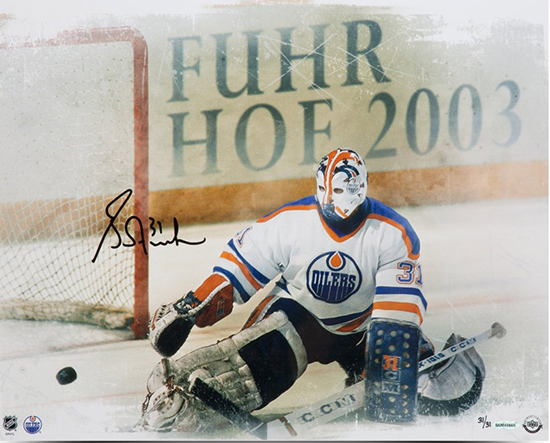 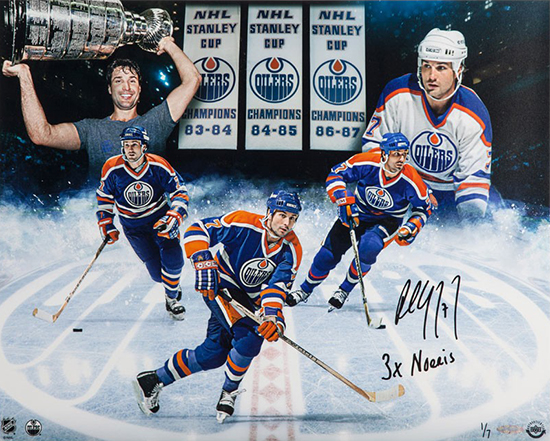 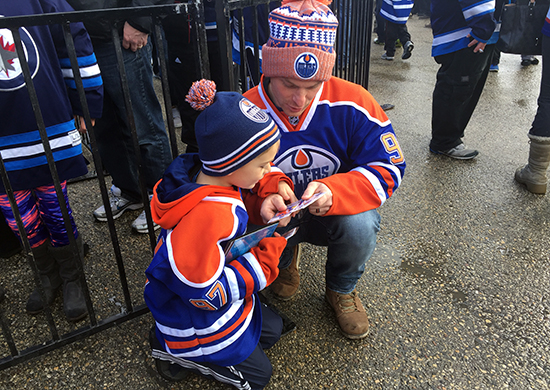 
Is Upper Deck offering the expired redemption program at the show.Thanks