Upper Deck was blown away by the passionate fans in Edmonton we crossed paths with this weekend at the Summit Show. They are serious Edmonton Oilers fans in particular. Displays are loaded with Oilers cards. 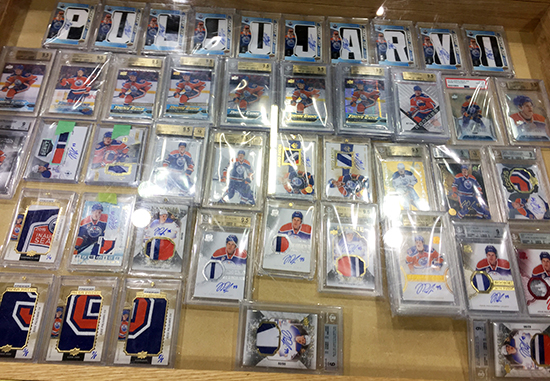 Looking for Connor McDavid Young Guns rookie cards? They’ve got you all set! 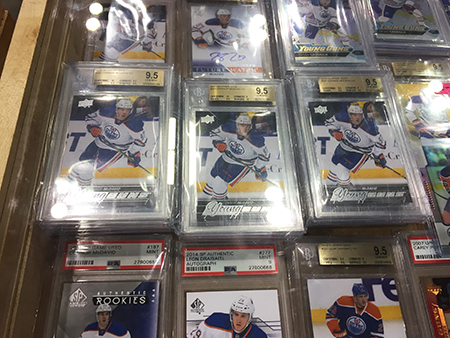 There are plenty of high-end cards of Edmonton stars just walking around with fans and dealers at the show. 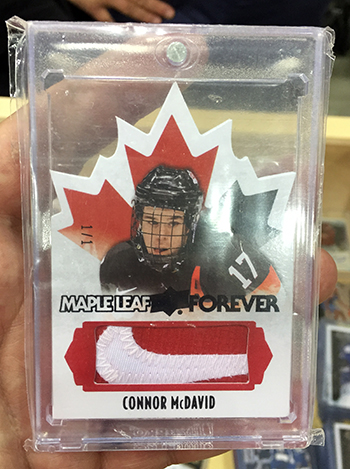 Many fans however love the thrill of opening new NHL® Upper Deck boxes. Dealers were swarmed by fans looking to score new boxes to open up at the Upper Deck booth. 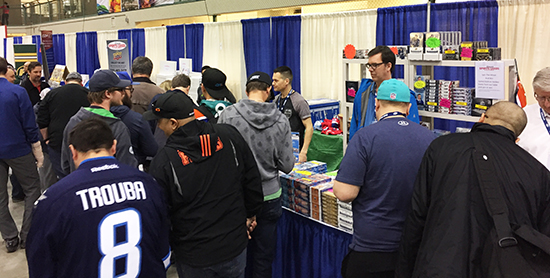 With a wrapper redemption program set up as well, fans loved that Upper Deck provided a bonus pack for opening up packs at the show!

Check out some of the cool cards we saw during the weekend! 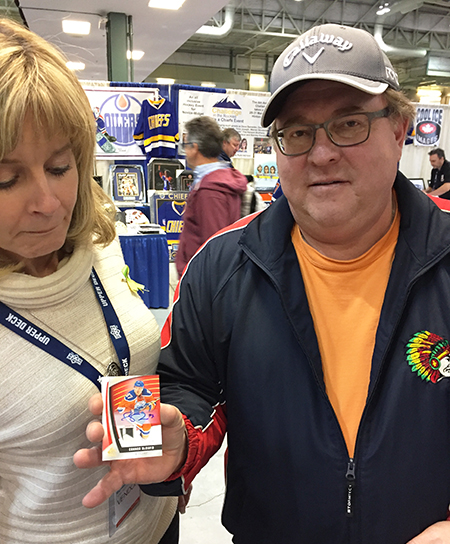 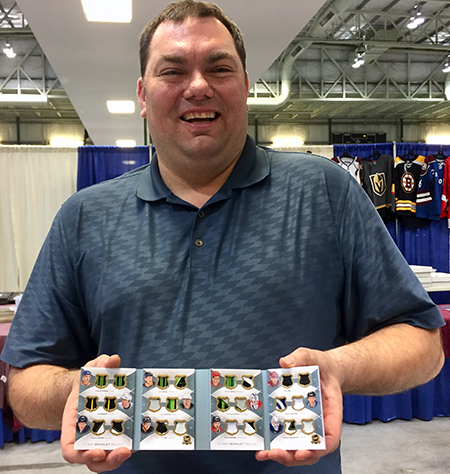 This booklet card is LOADED with memorabilia swatches! 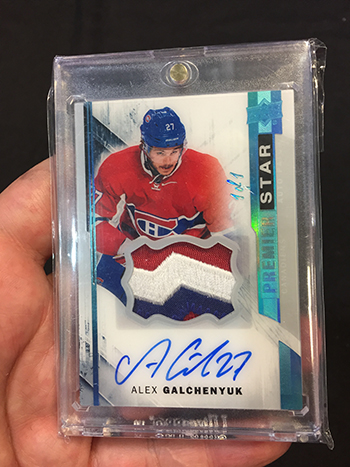 One fan shared with awesome one-of-one card with us! 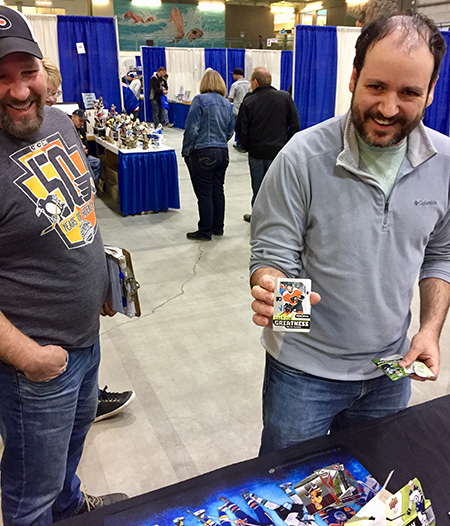 After this Nolan Patrick Cast for Greatness card was pulled from Synergy, this Flyers fans skated in to try to make a deal for it! 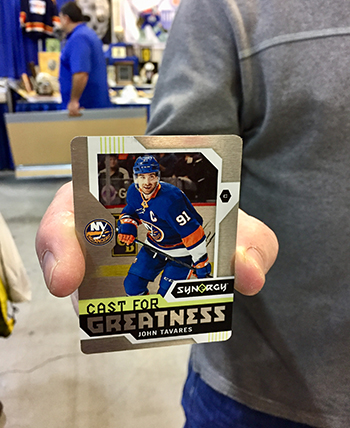 The Cast for Greatness metal cards from Synergy were incredibly popular at the show! SPx autograph memorabilia cards were popular with fans too! 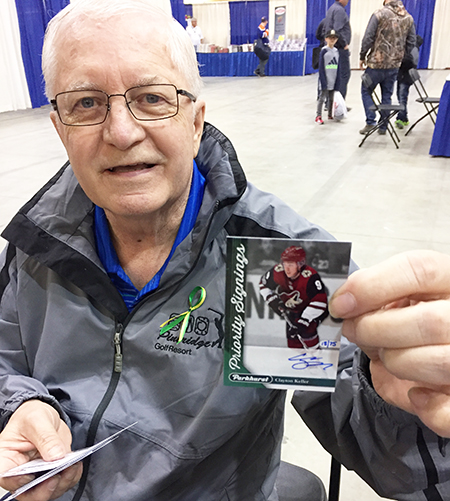 Priority Signings autograph cards came from the Upper Deck Spring bonus packs like this one of Clayton Keller! 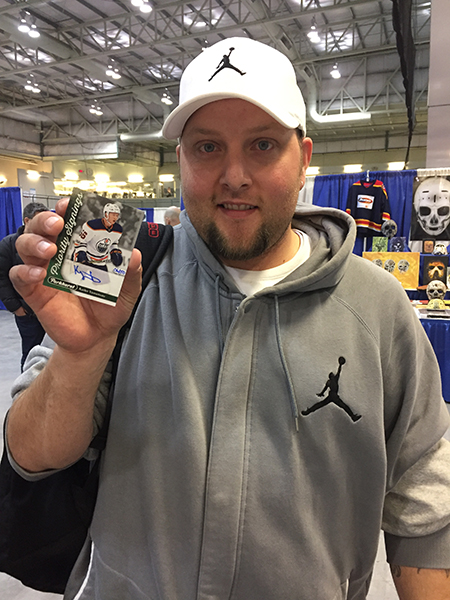 Scoring an autograph of a younger Oiler like Kailer Yamamoto was a big thrill for this collector. 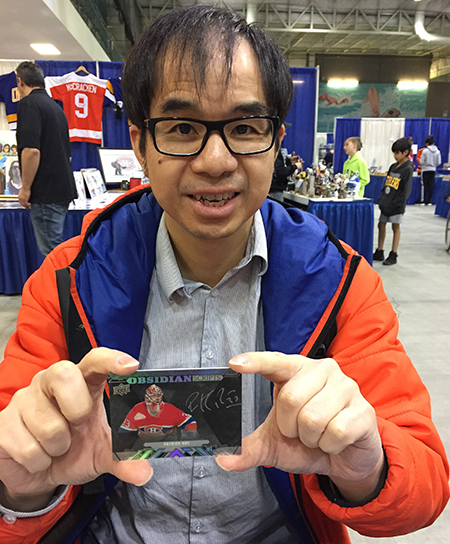 A hard-signed autograph card of UD spokesman Patrick Roy was a HUGE hit! 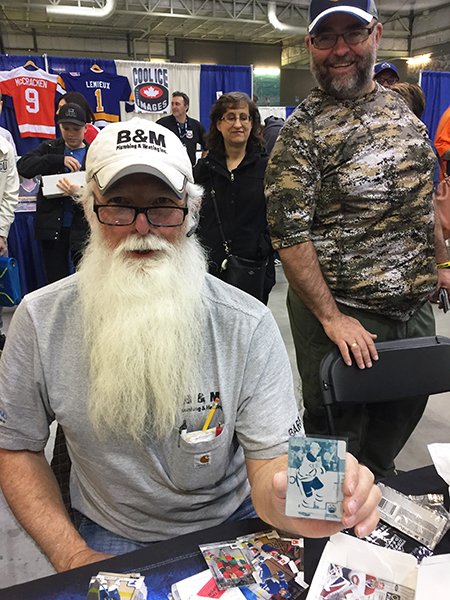 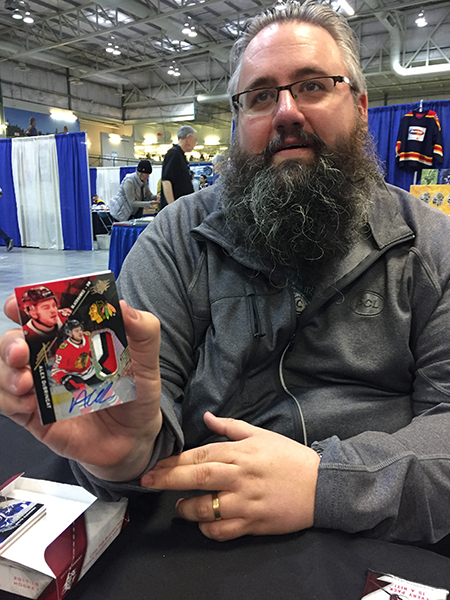 Look at this sweet DeBrincat autograph patch rookie from SPx! 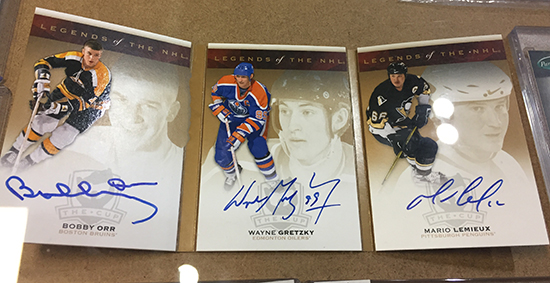 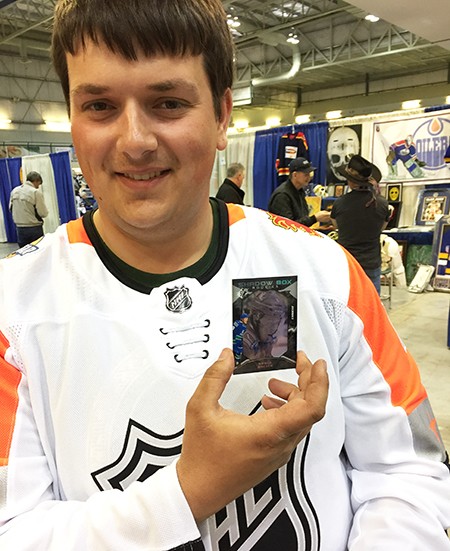 Brock Boeser is one of the top rookies of the year and his SPx Shadowbox autograph rookie is stellar!