Alex Ovechkin gathers his own rebound during a scrum in front of the net to power his 600th career NHL® goal past all-star goalie Connor Hellebuyck making him only the 20th player and 4th fastest player to reach that mark just behind Hall of Famers Gretzky, Lemieux, and Hull. 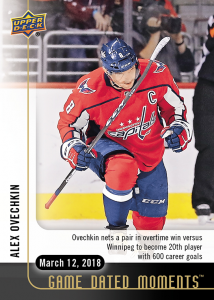 Marc-Andre Fleury, the undeniable back-bone of a surging Vegas team in their inaugural season, becomes only the 13th goalie in league history to notch 400 career NHL® wins as the Golden Knights head home with a 3-2 road victory over the Flyers. 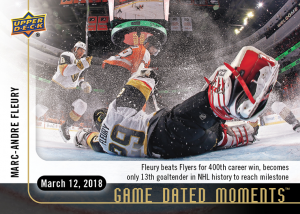 They say good things come in threes, and at home, Blackhawks’ rookie phenom, Alex DeBrincat, sets the franchise mark for hat-tricks by a rookie as he becomes only the 2nd rookie in 25 years to rack up 3 hat-tricks in a season. 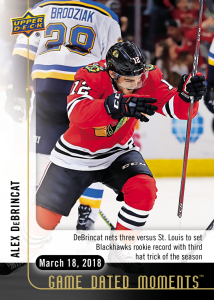