Rick Nash sneaks past the entire Carolina defense to easily score a wrister in front of the net marking his first goal as a Bruin and the 800th point of his NHL® career. 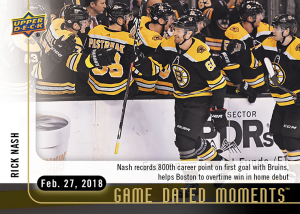 Even a complete stadium blackout couldn’t stop the dominant Capitals team, who in front of a sold-out crowd in the Navy-Marine Corps Memorial Stadium, took over the game with a 5-2 victory over the Leafs in another memorable Stadium Series game. 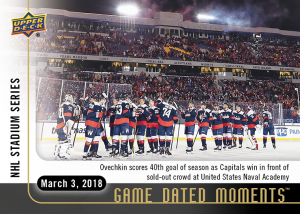