Entertainment: No, you move

In Captain America: The First Avenger Hayley Atwell took on the role of Agent Peggy Carter of the S.S.R. in the 1940s. Atwell later reprised that role in the 2014 sequel Captain America: The Winter Soldier as well as in the films Avengers: Age of Ultron and Ant-Man. This secret agent and co-founder of S.H.I.E.L.D. has been around since 1966, originally created by Stan Lee and Jack Kirby for Tales of Suspense. 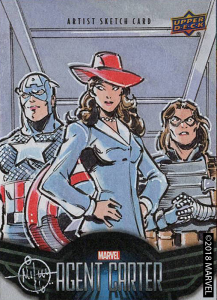 She was popular enough that in 2015 Marvel brought her to the small screen and we got two seasons of Marvel’s Agent Carter that depicted the 1940s world that built the backbone of the first Captain America feature film. 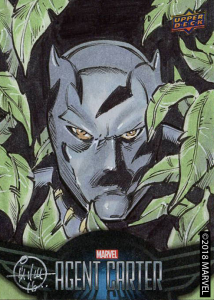 Now Upper Deck and Marvel have come together for an exclusive ePack product; Marvel’s Agent Carter. This trading card set will feature iconic scenes from both seasons of Peggy Carter’s show. Each pack will contain only a single card; either an autograph or sketch card. Each box comes with four packs. 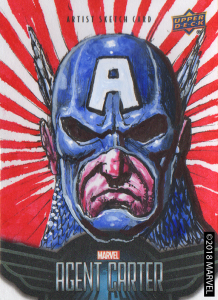 Autograph cards will include at least one signature from sixteen different signers from the show. You can also find sketch cards from talented artists such as Gabe Farber, Mitch Ballard, and Clint Langley. 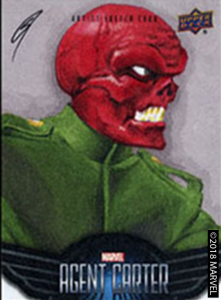 Look for Marvel’s Agent Carter when it hits Upper Deck e-Pack this Spring. For more e-Pack, make sure you sign up for an account here and get a free pack of your favorite set every day!


Loved the show I play Marvel legendary. i would like to see companion expansions to some of the smaller sets. For instance to the Captain America set using The characters from The Original Invaders comics. including Masterminds like Masterman. Side kicks or bystanders like the liberty legion or the howling commandos all based in wwII . Or additions to the Noir set. Maybe add cards to make earlier masterminds into epic masterminds. Agent Carter would fit nicely in here.