For over 25 years The Upper Deck Company has been at the forefront of quality and innovation. We are proud to maintain an award-winning portfolio of gaming and entertainment products that contain some of the industry’s best original works of art. We are excited to share exclusive interviews with some of our top artists bringing a look at the amazing people behind these amazing works. This is the Upper Deck Artist Spotlight Series.

Upper Deck: Anthony, would you like to introduce yourself to the crowd?

Anthony Spay: I grew up in Swarthmore, PA, near Philadelphia. Now I live right over the bridge in Cherry Hill, NJ. I did my undergrad at Gettysburg College and graduated from Savannah College of Art and Design with an MFA in Sequential Art. Interned in editorial while I was at SCAD, and was Art Director at Zenescope Entertainment for 4 years, prior to going freelance. I have published credits doing everything from covers and interiors, to editing and writing, so I like to describe myself as a full-service creative professional.  I am currently focusing more on my work as an artist, and enjoying working on cool projects like Legendary: X-Men, while also developing my own properties in the meantime. 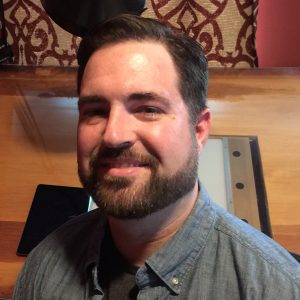 AS: To me, being creative is synonymous with figuring something out in a unique way. It’s the reason 10 artists can draw the exact same subject, and they will all look different.  Creativity is in all areas – from a coach calling an unexpected play, to an entrepreneur coming up with a unique business strategy.  How it is expressed just depends on one’s areas of knowledge and interest.

As far as my style, I pretty much just draw what I would like to see as a fan.  I’ve both consciously and subconsciously adopted different methods from different artists that I like.  Could be the way someone draws rocks, or shades clothing. If it looks right, it looks right.

UD: Can you describe the time when you first realized that creating was something you

absolutely had to do?

AS: I always had a hobby of art growing up, but it stemmed from my love of comic books/cartoons/games, etc.  I was always drawing some kind of cool character, or coming up with a story. I was a double major in both business management and studio art in college and worked in finance for a couple of years afterward, but always had it in the back of my head that I might still want to pursue something creative.  After a couple of years, I enrolled in the MFA program for Sequential Art at SCAD, and I have been working in some kind of artistic/creative area ever since.

UD: What kind of creative patterns, routines, or rituals do you have?

AS: I have a definite process.  I do layouts digitally, using a Cintiq (basically just a computer screen that you can draw on), print them out, then use a lightbox to do a more detailed finished version, whether it is pencils or inks. I am a pretty technical artist, so I am not as much of a ‘flow’ guy.  If something is off to me, it sticks out like a sore thumb when I look at it.   For some projects, I will do everything digitally, in Photoshop/Manga Studio, but I feel it is much more difficult to create convincing backgrounds/environments using only digital tools.

AS: It changes over time for me- George Perez is probably my all-time favorite.  John Buscema, Kevin Maguire, Stuart Immonen, David Finch, Gary Frank, Carlos Pacheco are some others.

UD: What were/are some of your favorite games to play?

AS: The Witcher III: Wild Hunt is pretty awesome.  I like the WWE games, but I probably spend more time creating custom characters than actually playing.

UD: What type of work do you most enjoy doing? Graphic, advertising, comics, gaming, conceptual, etc.?

AS: I like them all.  I enjoy the sequential storytelling aspect of comics, that’s probably what got me into this field in the first place.  I really love doing the gaming work, such as the legendary games, because I get to play with so many awesome characters!  And the conceptual work might what I am best at, honestly.  I have designed a lot of characters, particularly for Zenescope, two being Robyn Hood and Van Helsing.  I have some nice sixth-scale figures of those, to see toys of the characters I designed was pretty rewarding.

UD: What’s your favorite piece of work you’ve ever created?

AS: Probably drawing the covers for some of the Vikings comic books, based on the History Channel TV show.  I am a big fan of the show and really enjoyed that project.  Also got to meet the cast, which was great.

AS: I have always really enjoyed Kurt Busiek’s books.  Arrowsmith, Astro City; all of his stuff.  If I had to pick one writer to collaborate with, it would be him.

UD: With regards to the Marvel Legendary: X-Men big box expansion that you recently created illustrations for, what was your favorite part about working on this project?

AS: Well in general, it was great because I am a big X-Men fan (really, who isn’t?).   A lot of the fun with the Legendary sets is the depth of characters, so having a chance to learn about and draw some of the less common characters was enjoyable.

AS: With those less common characters comes the challenge of finding a reference.  Sometimes there might only be a few shots in existence of a specific costume, and then to locate them in a high enough resolution to be able to figure out all of the details can be tricky.  I wanted to make sure I got it right.

UD: What character(s) was your favorite to illustrate?

UD: What character(s) was your least favorite to illustrate?

AS: The Warwolves; because they all have metallic skin, which can be difficult.

UD: Any closing thoughts or words?

AS: Just to go get the Legendary: X-Men set! There are a lot of talented people who worked on it.

You can grab the X-Men themed expansion for Legendary now! It’s available at your local game store, or on our online store here! Keep your eyes on our blog and social media for more news about Legendary, including our upcoming expansion, Champions!

If you want to see more of Anthony’s art, you can find him at the links below!