Entertainment: We needed a hand to lift us back up

Every year we take a look back through the previous year of Marvel comics. We look at all the storylines, major events, new characters, and twists that came up over the various titles and issues. In 2017, there was a lot that happened. We saw the mini-series Secret Empire revolve around Captain America and the Cosmic Cube. Marvel also showed us what the war between the Inhumans and the X-Men looked like when culminated in the mini-series IvX. We saw the return of Jean Grey, three new X-Men teams (each which debuted in the Top 100 issues of all comics last year according to our friends at ICv2), as well as a new team of Avengers. We also celebrated some milestones such as Mighty Thor #700 and Venom #150 after Marvel returned to their legacy numbering with Marvel Legacy #1. 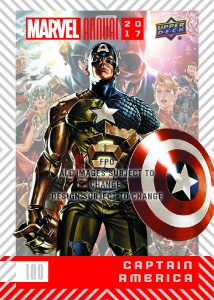 2017 Marvel Annual is the perfect set for collectors new and old. Annual contains a 100 card base and Parallel set that showcases many of these major events and tons more. In each box, you will also find either a sketch card, featuring original art by one of several different artists including the great Rhiannon Owens, or a manufactured patch. 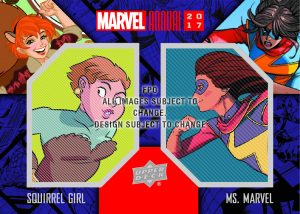 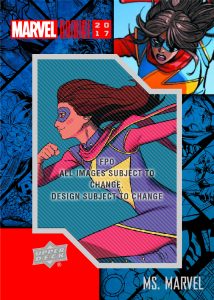 You may also find printing plates or an insert set that features the big crossover event of 2017, Secret Empire. You may also find one of the rare Rookie Heroes cards which shines a spotlight on all of the new characters that debuted in Marvel Comics last year. This year you’ll be able to find Ironheart and Nadia Pym as The Wasp. Riri Williams put on her own Iron Man inspired armor in the March issue Invincible Iron Man #3, and Nadia Pym got her own standalone comics The Unstoppable Wasp which premiered in January. 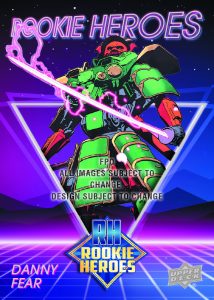 Another celebration we have are Comic Covers. This insert set will showcase some of the most interesting and iconic cover art from the last year. These amazing pieces of art are excellent ways to convey the meaning, cast, or key events of the plot and sometimes become some of the most iconic pieces in comics. 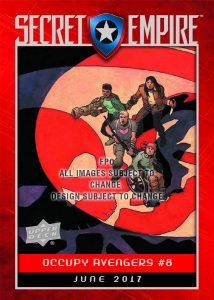 With our In Memorium insert set, we celebrate the heroes and heroines who passed on, gave their lives for noble causes, or hung up the tights during the course of 2017. 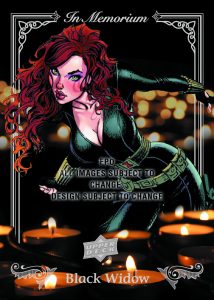 You’ll be able to find packs of 2017 Marvel Annual at your local hobby shop in Spring 2018 and on Upper Deck e-Pack soon after that.