The heat of the Las Vegas desert pales in comparison to that of the red-hot Golden Knights, who seem to know only how to win, as they set a new NHL® inaugural season record for an expansion team with their 34th victory in only 50 games on the road in Winnipeg. 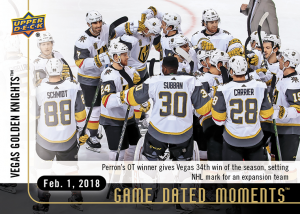 With a 4-3 road victory in the nation’s capital, “Flowers” passes Hall of Famer, Dominik Hasek, to take the 13th spot on the list of all-time NHL® goalie wins, adding further to his own Hall of Fame caliber resume. 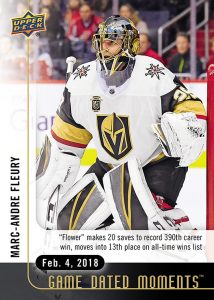 Edmonton’s captain has himself a night to remember in front of an exhilarated home crowd as he carves up the Lightning defense for his first career points against the Tampa Bay team with 4 goals and an assist. 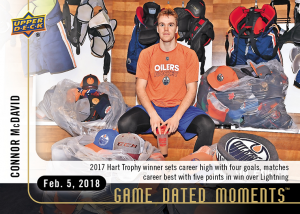