When it comes to legends, Willie O’Ree may not have the same numbers as Hall-of-Fame hockey players, but make no doubt he is cut from the same cloth. Willie made his professional debut on January 18, 1958 against the Montreal Canadiens where he became the first black player in the NHL®. O’Ree’s career spanned over 20 years of productive play which is quite incredible given how physical the game was, but also because he was blind in his right eye.

His contributions to the game after his career on the ice ended are just as remarkable. He has worked with the NHL as the director of youth development, served on the diversity task force and as an ambassador for diversity since 1998. He remains very active in hockey and the Boston Bruins have been honoring Willie all week long. 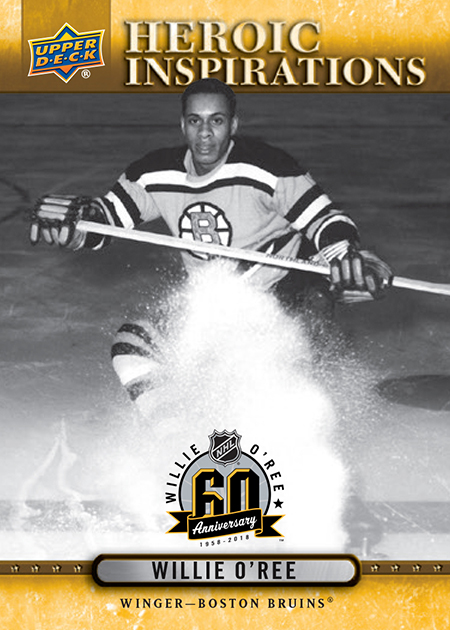 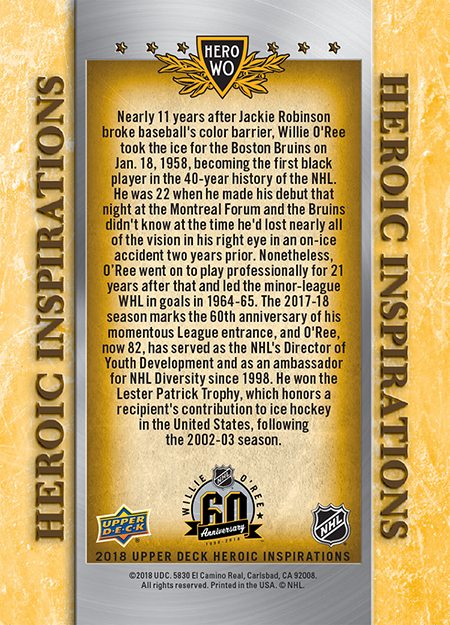 Tonight, Upper Deck partnered with the NHL® and Boston Bruins to create a special tribute card for Willie O’Ree that will be distributed at the game. Willie O’Ree has been added to the Upper Deck Heroic Inspirations card series for serving as an incredible inspiration to minorities everywhere looking to get their shot at getting on the ice and playing! Willie O’Ree is living proof that Hockey is for everyone!

Upper Deck will also be making these cards available soon to Certified Diamond Dealers in the Boston area.