Early into the 1st Period, with a simple wrist-shot, Patrik Laine was able to not only give the Jets the early 1-0 lead, but also record his 100th point making him the 2nd fastest in Jets franchise history to do so. 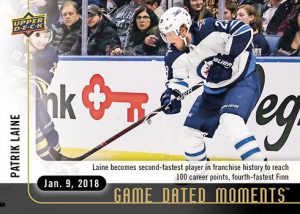 Islanders’ rookie phenom, Matt Barzal,  helps tighten up the Rookie of the Year race  as he tallies 5 points and 2 goals in a 7-2 road victory over the cross-town rival New York Rangers, marking the first time in 35 years that a rookie has stacked two 5-point nights in a given NHL® season. 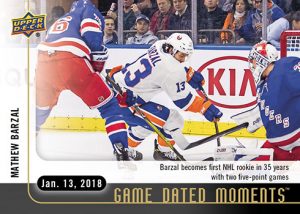 The young Oiler’s captain skates through Vegas defenders and finds the open man for the second time in the night to register his 200th career point as he celebrates his 21st birthday with a 3-2 OT victory over the Golden Knights. 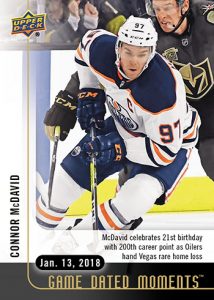