Contest of Champions: Defend your home

The Battlerealm for our new Marvel Contest of Champions game consists of 40 location cards, only some of which you will use during a single game. The locations you can battle over are amazing, from the Arcane Arena to the Wakandan Necropolis, from the Avengers Tower to the Savage Lands. Each Battlerealm location has a separate PVP reward that a champion earns for moving to that location and a special ability that can be used by champions beginning their turn at that Battlerealm location. 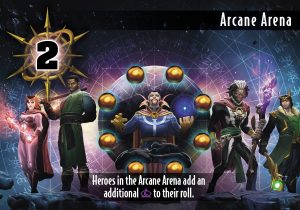 Some examples of location abilities are: Hell’s Kitchen allows heroes to add an additional Skill icon to their roll, while champions in the Microrealm cannot be attacked by the Tech icon, and champions in the Proving Grounds may reroll any Mutant results. Battlerealm abilities can help make the most out of your champion’s turn when played correctly, as can some of the other more advanced rules. 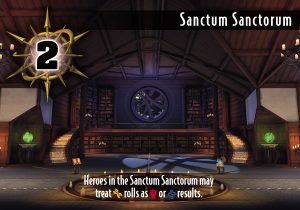 Once you have learned the basics, you can include more advanced rules such as the special abilities for the champions. There are 10 different special abilities in the game, and each hero has a unique combination of 3 of them. For example, Captain Marvel has the Flight, Honest and Survivor abilities, while Falcon has Elusive, Flight and Gifted, and Vision has the Careful, Flight and Peaceful abilities. In the last blog, we used Black Widow as an in-depth example, so we will use her as our example again. Black Widow’s special abilities are: Careful, Cunning and Elusive.  Careful means that Black Widow is less likely to cause an accidental explosion on a bad dice roll. Cunning means that she gains 3 PVP any time a hero is eliminated from the game and Elusive means she ignores the first point of damage when another champion is attacking her with Tech from another location. As you can tell these special abilities add a whole new aspect to Black Widow and make playing the advanced game just a bit more challenging. 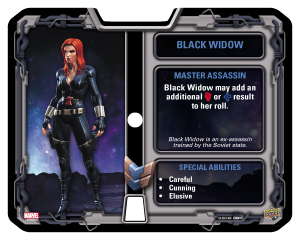 When you have reduced one of your rivals to zero PVP points you are that much closer to victory, not only does this remove one of your adversaries, it also increases your own PVP total by three points. There are two ways to win Marvel Contest of Champions, either be the first hero to reach 21 PVP points or defeat ALL the other champions!

Marvel Contest of Champions Battlerealm will be available in local game stores Summer 2018!