Everyone knows about Upper Deck’s hockey cards, but did you know Upper Deck makes hockey coins? The super-premium release called Grandeur are some of the most unique new hockey collectibles on the market and you can find more details on them at HockeyCoins.com.

CIBC Bank is Upper Deck’s partner in the Grandeur program for Canada and they recently set up at the Fall Sport Card & Memorabilia Expo.  Fans were enamored with the stunning detail and fun pack opening experience tied to Grandeur. What’s more is many fans picked them up as gifts for the holidays, especially considering the packs can make for the ultimate stocking stuffer. Take a look at the fun that was had! 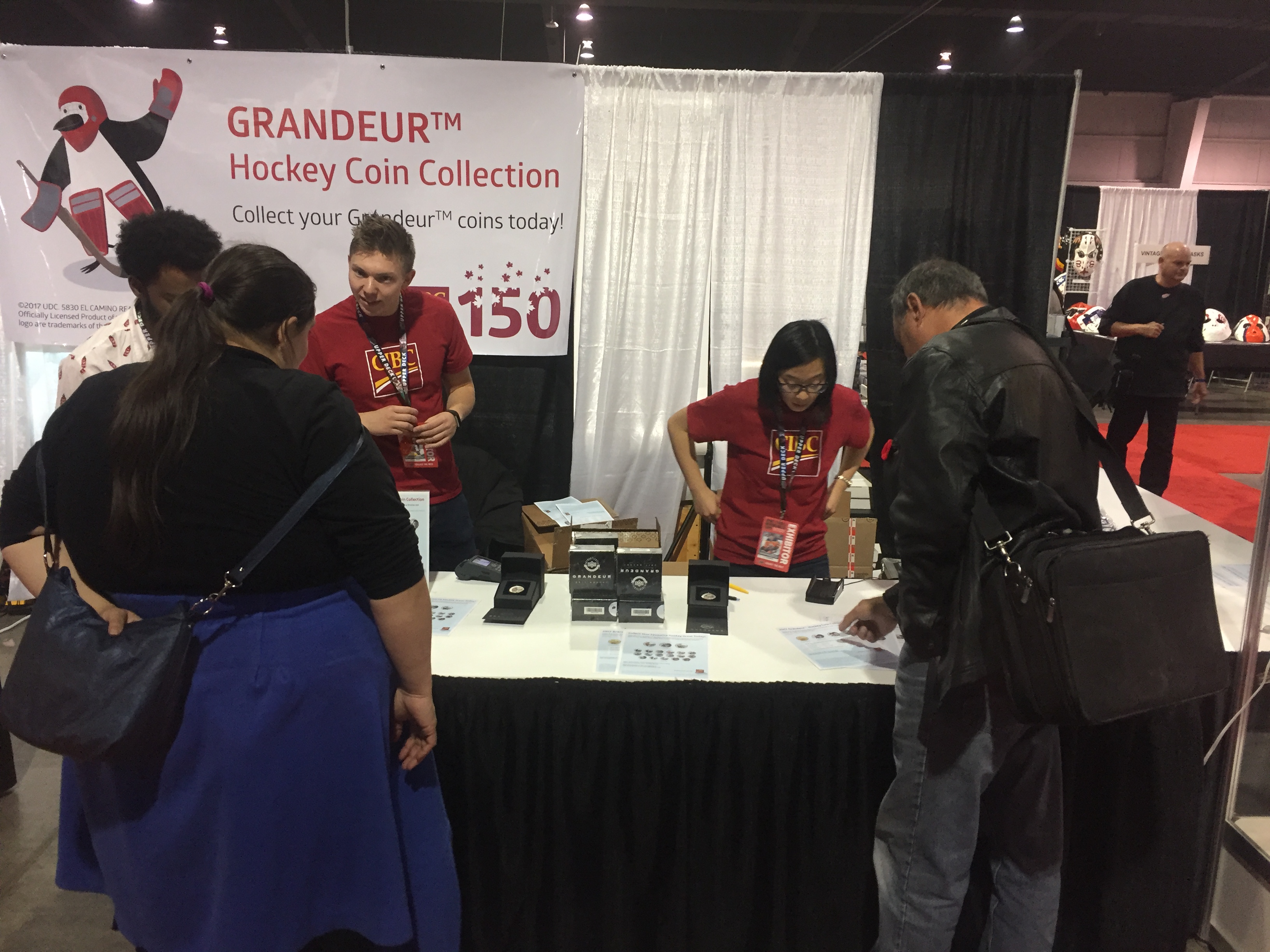 The CIBC team had a lot of collectors swirling around their booth to check out Upper Deck Grandeur hockey coins. 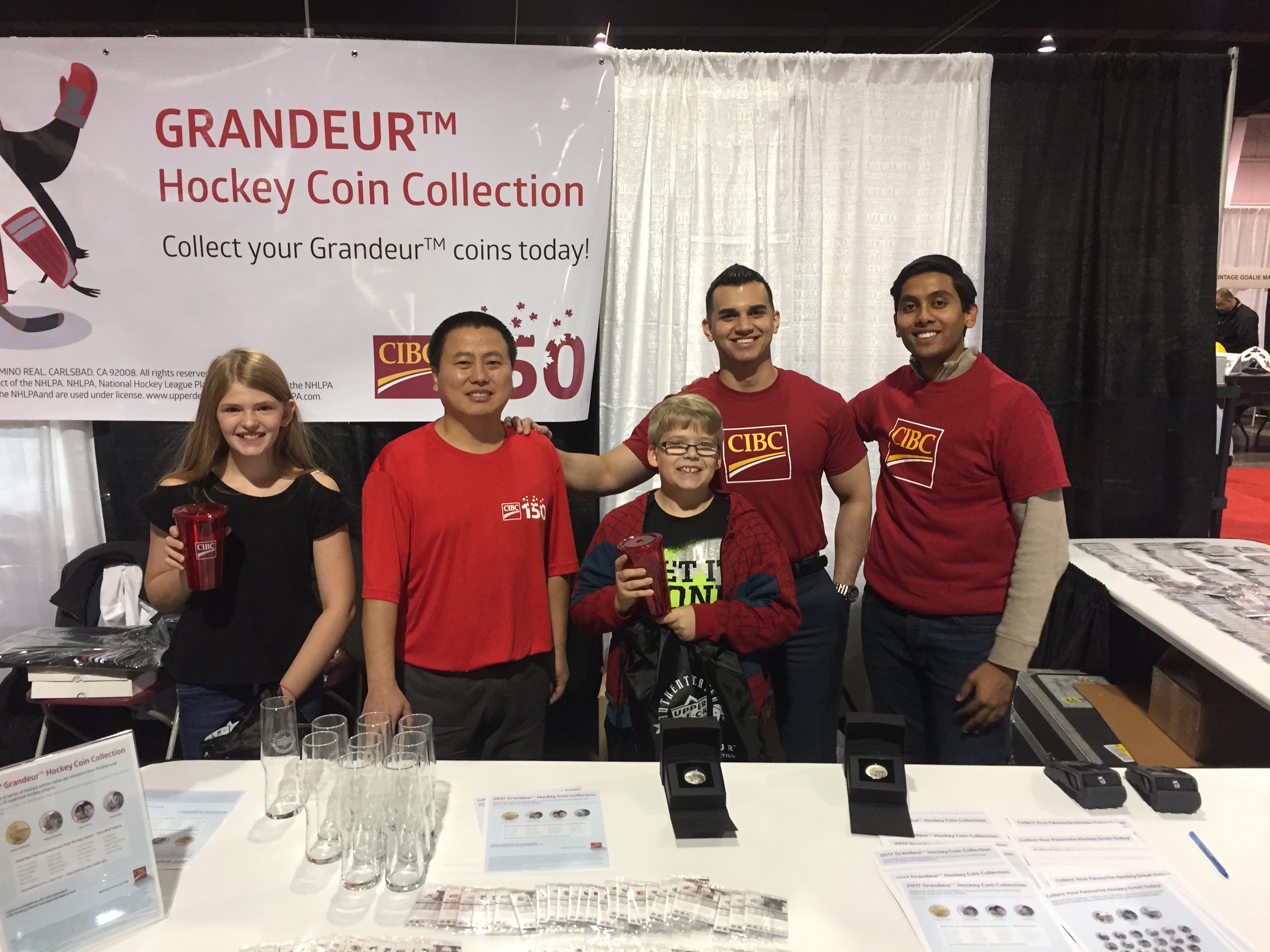 The CIBC team shared some goodies with fans who purchased the Grandeur product. 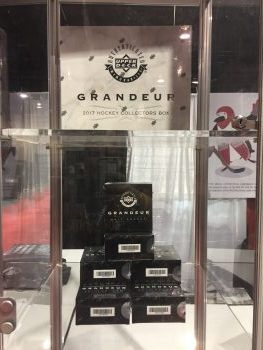 Fans loved the different options of scoring Grandeur coins in the single blind box format or in the larger box format. 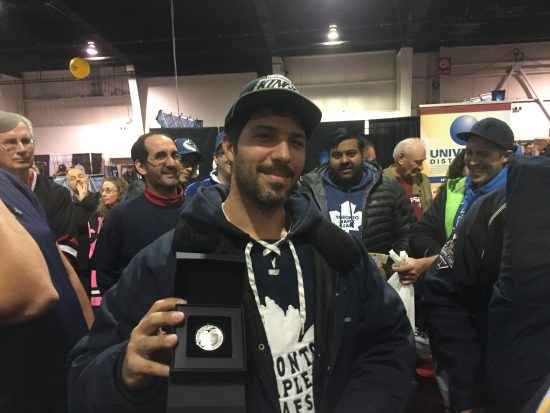 Upper Deck actually raffled off a Grandeur coin and the audience held their breath in hopes they would win it. This lucky fan took it home! 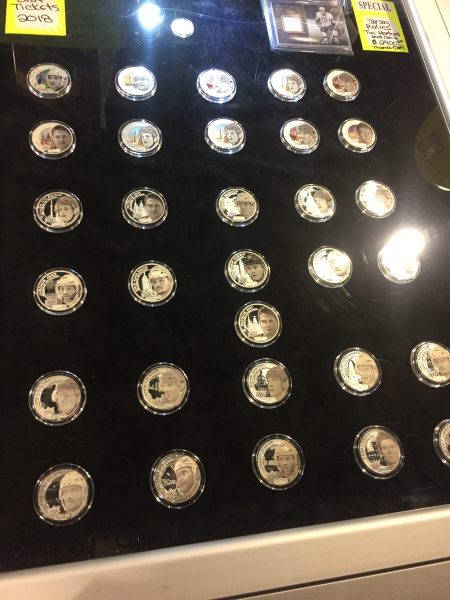 Dealers throughout the show had Grandeur single coins on display and for sale. They have truly become one of the more popular collectibles in hockey and since there are 20 players in the set with four different levels of rarity, there is plenty to collect! 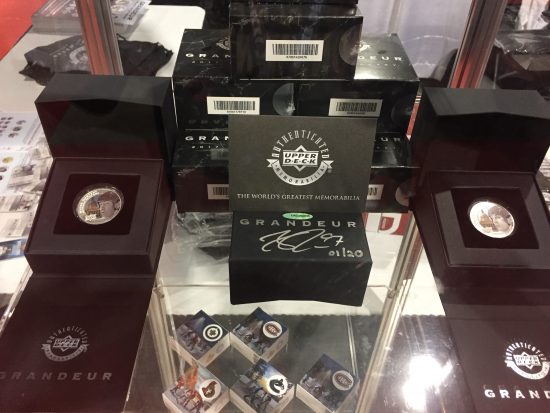 CIBC even raffled off some Grandeur coin boxes signed by the one and only; Connor McDavid. Those will be HIGHLY sought after!

You can order your Grandeur hockey coins at CIBC branches throughout Canada, at the Upper Deck Online Store or at UpperDeckePack.com.