Upper Deck’s popular wrapper redemption program at the Fall Sport Card & Memorabilia Expo provided collectors with some pretty cool bonus items. The pack opening experience was awesome as fans could break with Upper Deck staff and talk about the product or they could break in comfort at the Grosnor Break Zone adjacent to the Upper Deck booth and score the same promo items. 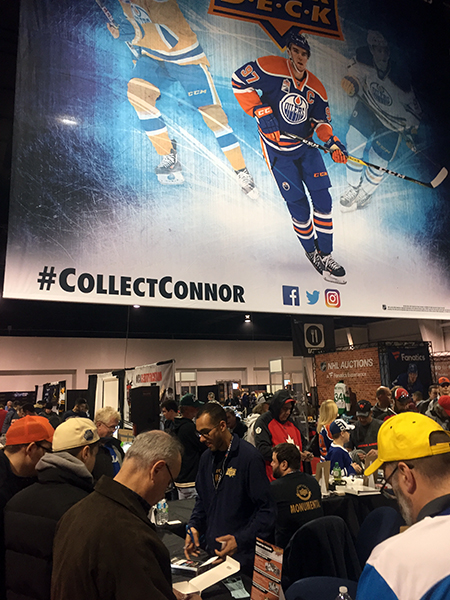 The foil was flying at the Upper Deck booth as new NHL products were cracked open with staff.

Collectors could stop into the Grosnor Break Zone to participate in Upper Deck wrapper redemption programs.

All show long the hands of collectors were literally shaking as they pulled incredible autograph, memorabilia, relic, rookie and even printing plate cards. Watch this father who is excited beyond belief after he pulled a signed rookie card from Fleer Showcase of the 2017 Calder Trophy winner!

Some of the patches were so cool, collectors had to put the cards down on the table to avoid shaking too much. Look at this incredible Calgary Flames booklet card a collector showed off at the show.

The show floor was packed as fans from around the world came to find the best in the world of hockey collectibles at the Sport Card & Memorabilia Expo.

See all the incredible cards being pulled from packs and around the show was a solid reminder as to why Upper Deck remains the collector’s choice. Check out some of the cool hits we saw throughout the show! 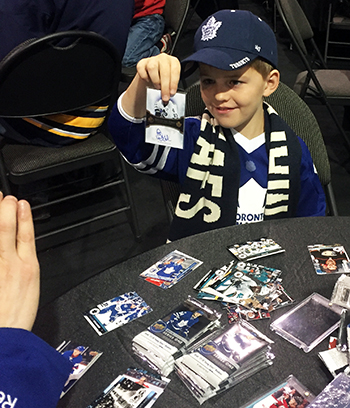 This young Leafs fan was thrilled to score a Doug Gilmour autograph card. 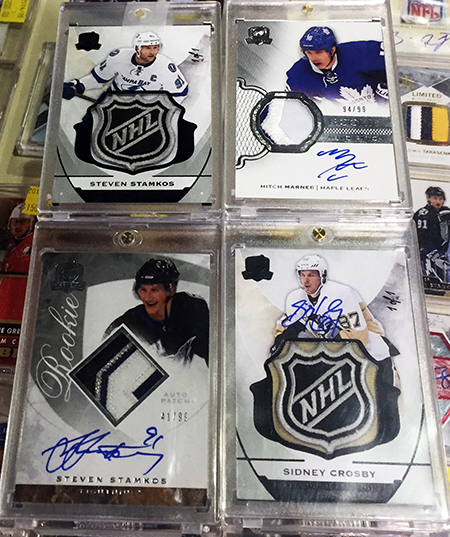 There were incredible cards from Upper Deck’s The Cup product that were amazing to behold at the show. 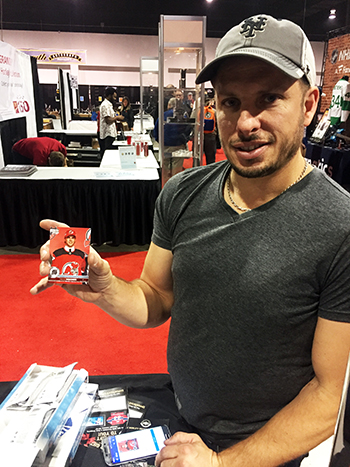 Scoring a Nico Hischier short print card from the new Upper Deck product was a thrill for this fan. 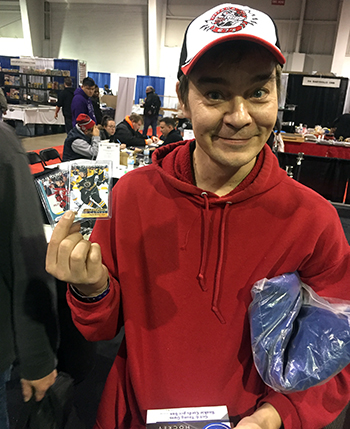 A McAvoy and a Hischier in the same box? Oh my! 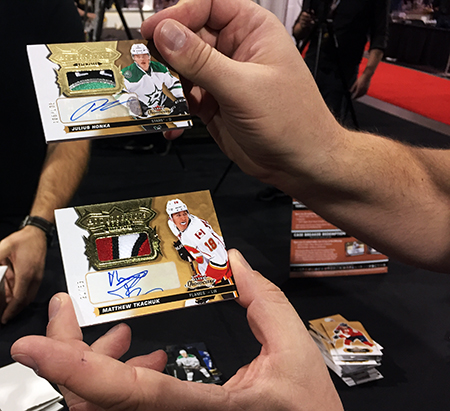 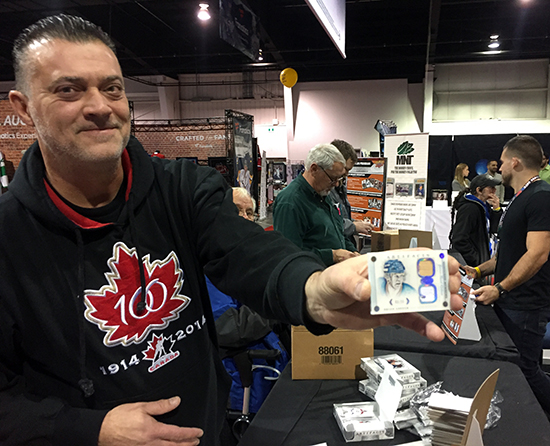 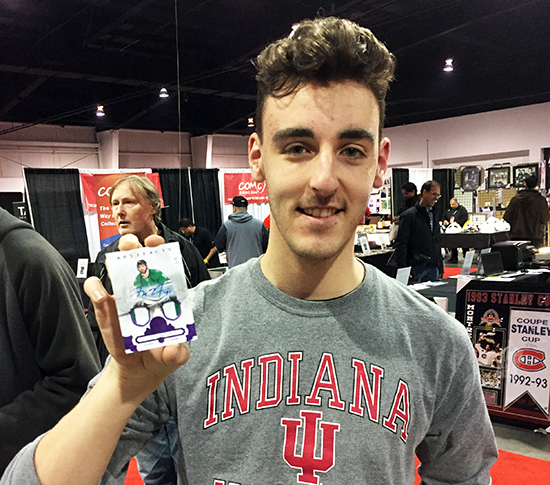 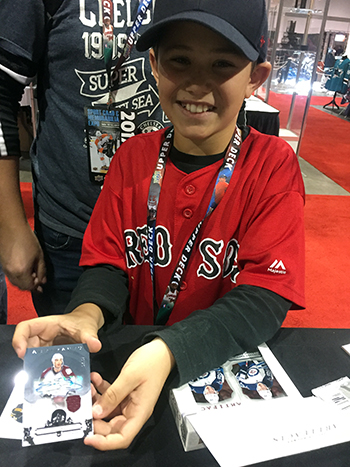 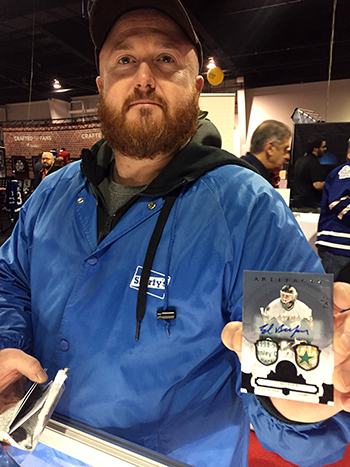 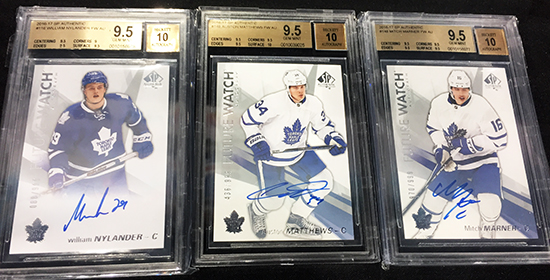 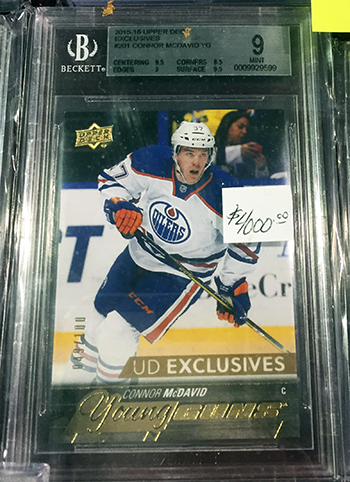 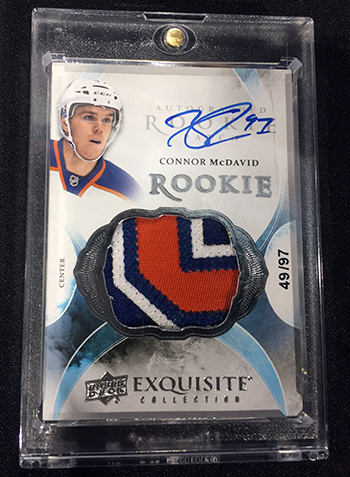 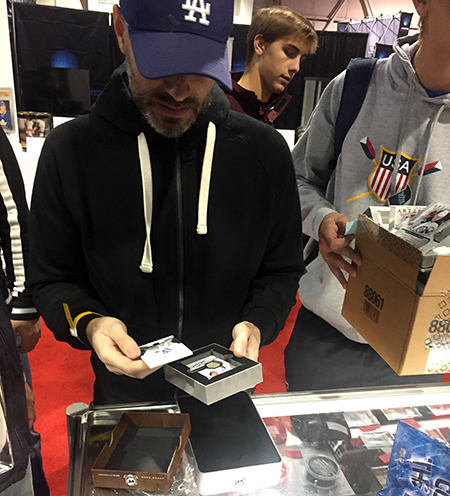 With 2016-17 NHL The Cup having recently released, collectors showed off some amazing breaks. 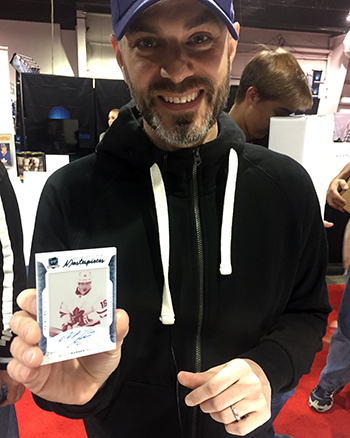 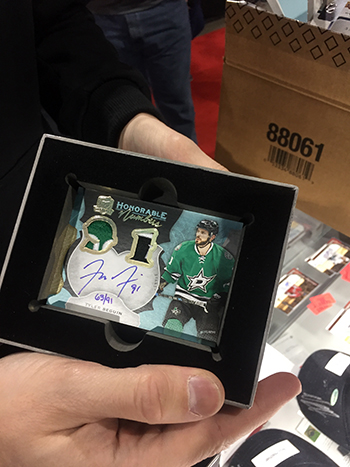 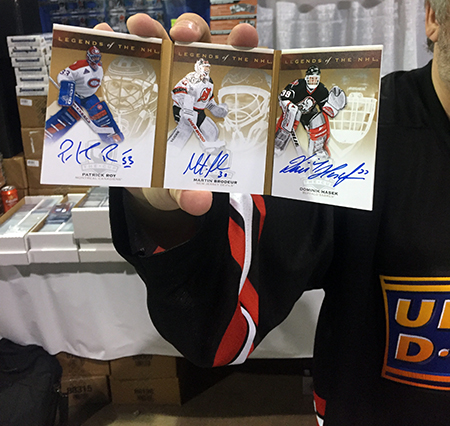 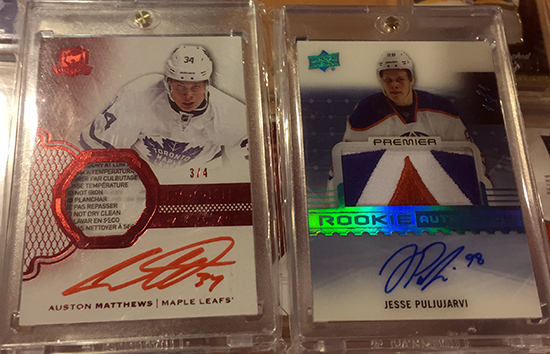 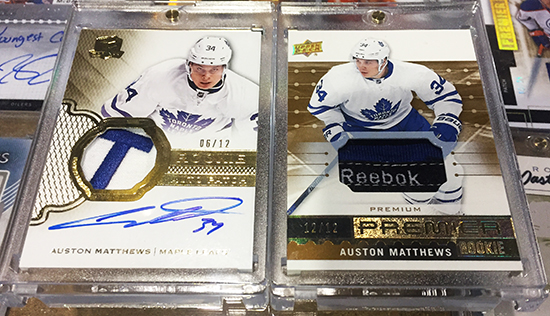 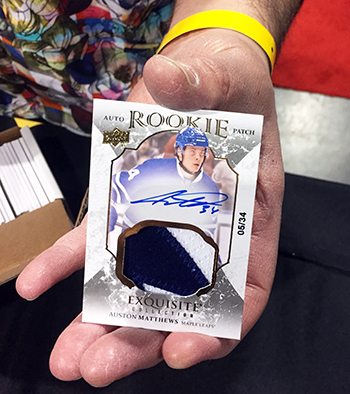 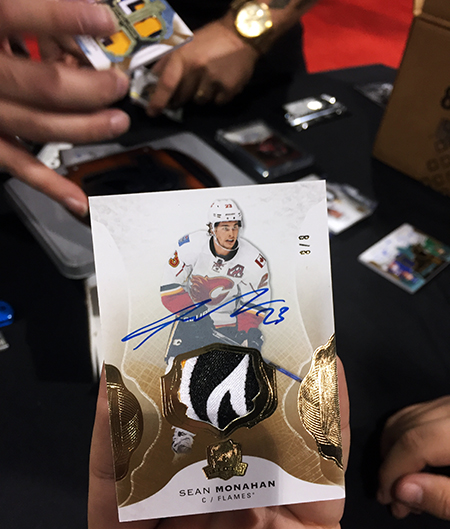 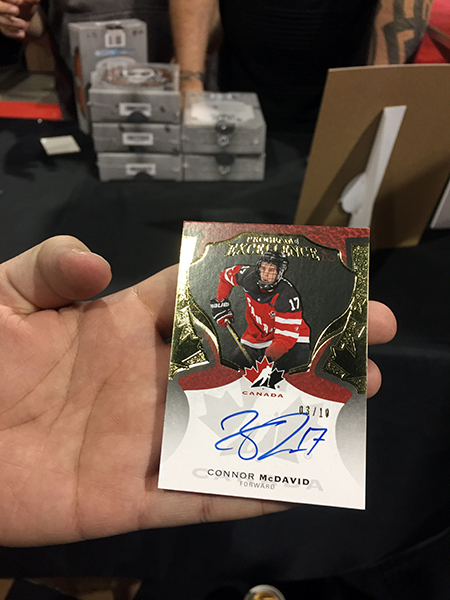 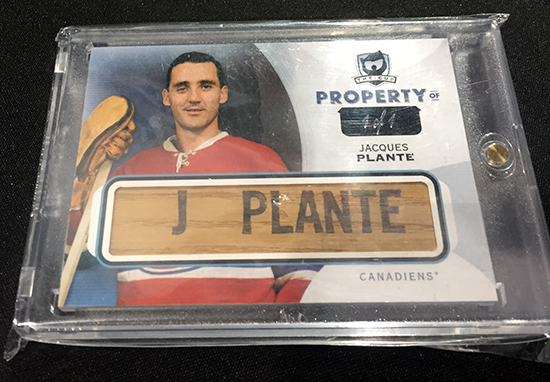 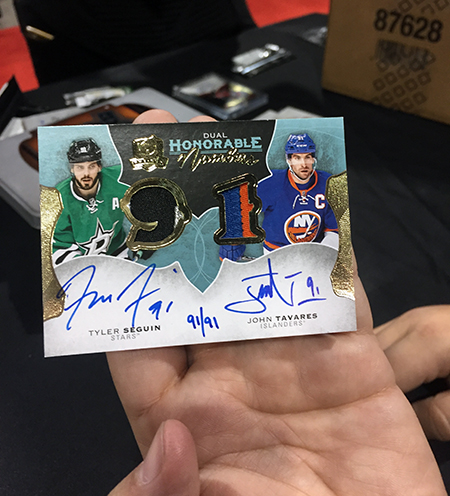 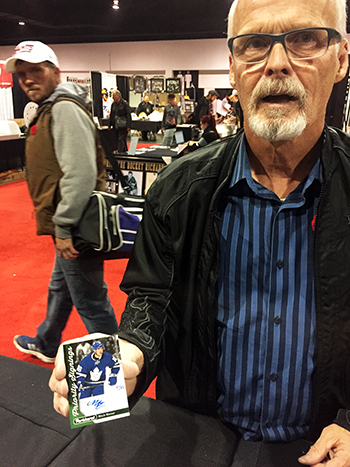 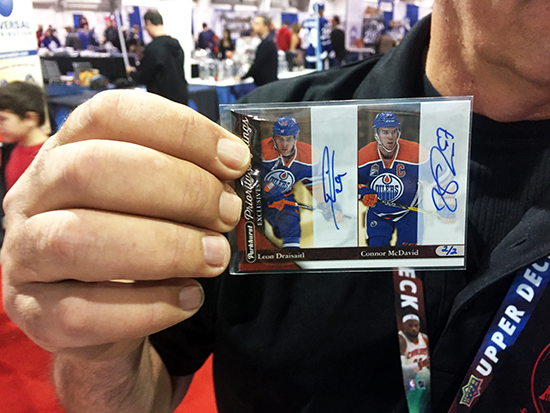 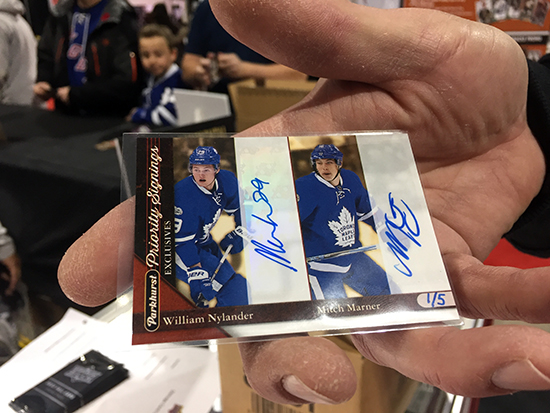 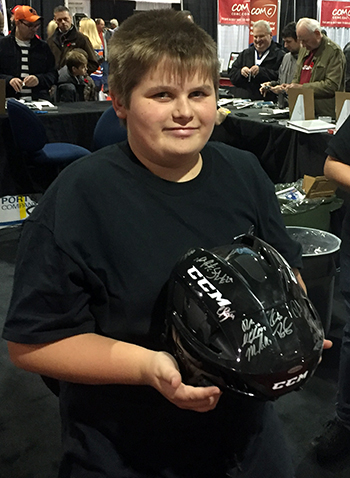 This younger collector splurged on a case and scored a NHLPA Rookie Showcase helmet signed by players like Connor McDavid, Jack Eichel, Mitch Marner and more! 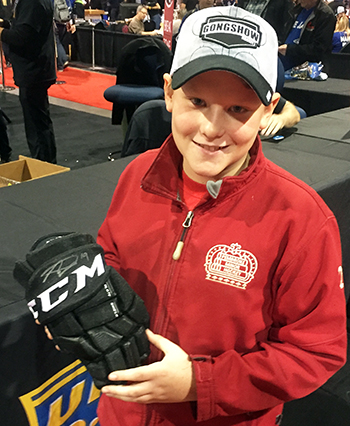 After opening a case with dad, this youngster was thrilled to receive a 2017 NHL Draft glove signed by Nolan Patrick. 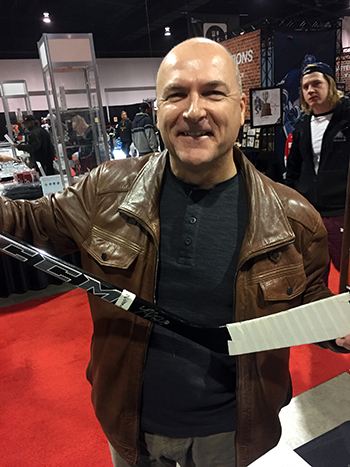 This gentleman was more than pleased to hit a full sized NHL Draft stick from Ryan Nugent-Hopkins!