Today we will take you on a tour of S.H.I.E.L.D. Headquarters. Soon enough, the villainous amongst you will be able to check out the dastardly soldiers at Hydra. 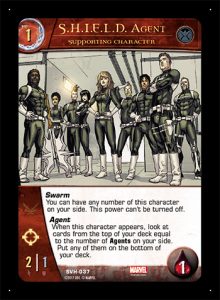 Agent is a new keyword on quite a few S.H.I.E.L.D. characters. Please note that you can place the cards in any order on both the top and bottom of your deck. (And no, Agent Venom doesn’t count as an Agent.)

But what is a S.H.I.E.L.D. Agent without a weapon? 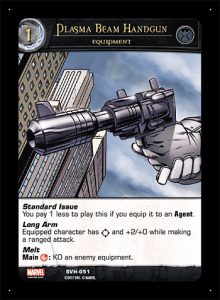 Free on an Agent, this gun helps them hit harder and has the chance to melt away that pesky enemy equipment. What will they think of next? Whatever it is, Maria Hill will make them forget it. 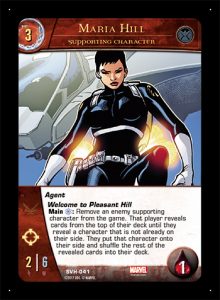 During the Secret Empire storyline, Maria was able to rewrite reality. Thought that was Fin Fang Foom? It was actually Arnim Zola all along. Please note that if you reveal another copy of the same character you removed from the game, they do count. In that case, I guess Maria had a change of heart.

Speaking of change, let’s look at a new man taking up a patriotic mantle: Sam Wilson as *Captain America*. 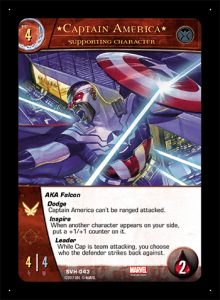 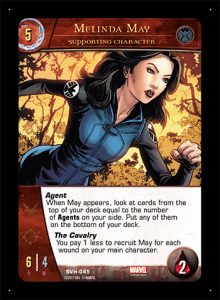 And just in case any Hydra plots (or large green men in purple pants) get out of control, S.H.I.E.L.D. has the antidote: 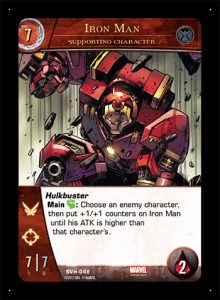 All these cards are great support pieces, but who are the main players? Well, the answer’s gonna sting a bit: 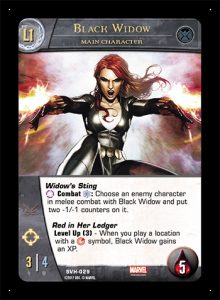 Please note that Special Locations with a

on them do in fact give Black Widow XP. And just exactly how skilled is she? 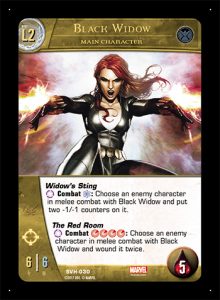 Pretty skilled. Yet even Black Widow has a boss. And he’s sort of the boss. 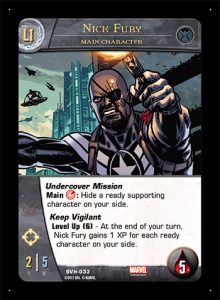 Obviously, spies like to work in the shadows. And yes, he counts himself for XP if he’s ready. Agents in Nick Fury’s agency are trained to always be prepared. And it pays off in more ways than one: 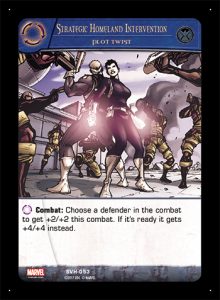 But back to the man himself. 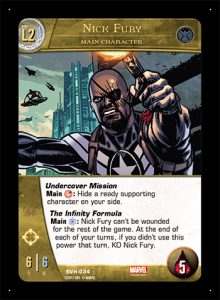 Here’s where things get funky. Nick can use The Infinity Formula to stay alive forever. Please note that he still can be stunned, however. 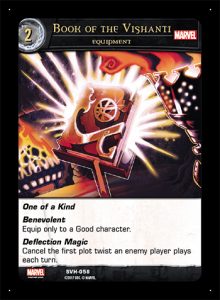 This legendary item has some restrictions to be sure, but it shouldn’t be entrusted to just anyone. It is after all, the greatest source of white magic on the planet.

Please note that the Marvel Logo means just what a team affiliation means on an equipment: you must have a face-up Marvel character on your side to play the card. (Marvel characters have the logo at the bottom of their cards.)

We hope you have enjoyed your tour today, please grab an application to fight the good, deadly fight against horrific evil on the way out.