For over 25 years The Upper Deck Company has been in the forefront of quality and innovation. We are proud to maintain an award-winning portfolio of gaming and entertainment products that contain some of the industry’s best original works of art. We are excited to share exclusive interviews with some of our top artists bringing a look at the amazing people behind these amazing works. This is the Upper Deck Artist Spotlight Series. 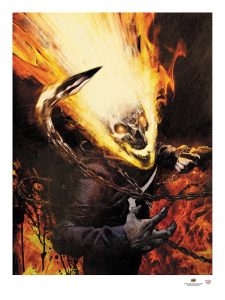 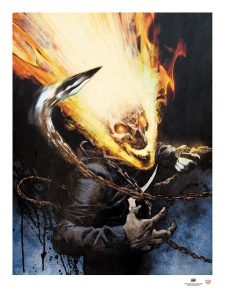 Upper Deck: Jason, would you like to introduce yourself?

Jason Shawn Alexander: My name is Jason Shawn Alexander. I was raised in a small factory and farming town in Tennessee. I became interested in comic books in my mid-late teens and began self-publishing an anthology with some friends directly after high school. My work began to stagnate a few years later, and I decided I needed more of an education in art. In his living room, I flipped a coin in front of my father to either pursue art school or move to Chapel Hill, North Carolina. I was hungry and driven. Through email correspondence, artist George Pratt suggested coming to Chapel Hill because of the art community, consisting of artists like Kent Williams, Scott Hampton, Tommy Lee Edwards and more, was great. So I flipped the coin and moved.

I began visiting George’s studio and learning to draw from photo reference and life. It changed my whole perspective. About a year later I met Kent Williams and through personal events in both his and my life, wound up becoming close friends and sharing a studio together in Durham, NC. In the couple of years, we had the studio together I learned much of the process’ I still utilize today. My “art school” was more hands-on and resembled more of a mentorship. Then we got the idea to pursue film together and moved out to Los Angeles, where I still live with my wife and daughter. We never made a film together, in LA, but ended up being represented by the same gallery.

I love all materials, but ink is my “go to.” I love the line, the washes, the boldness, the drama of ink. Though I’ve exhibited in the portrait gallery at the Smithsonian and galleries in the US and Europe, I’, still always drawn back to narrative storytelling and comics. Though now on the story and art side of it, it’s a close to perfect medium that I doubt I should ever leave. It’s too addicting. Over the years I’ve worked on The Escapists, Hellboy, Batman, Spawn, and my book, Empty Zone, along with much, much more. I’ve worked in motion comics for Pan’s Labyrinth and Predators. And I keep moving forward looking to create more innovative stories and projects. 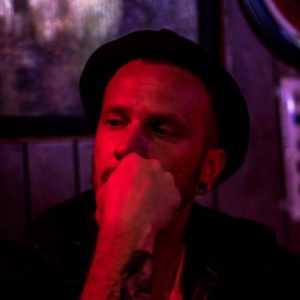 JSA: I never went to a formal art school. The closest thing to that was sharing the studio with Kent Williams where I not only learned how to paint but worked in his style, often working with him on various comic book inking jobs where I would ink some of the work in his style. Since that became the norm for me, I kept really jumping from artist to artist and style to style. A few years ago, I felt I hadn’t truly offered up a truly “personal vision.” I abandoned referencing other artists, moved my library of art books out of the studio and began focusing more on the projects at hand and attempting to develop a personal voice through working on them. I always have a small sketchbook on me. Whether to sketch or jot down story ideas. For me, being creative is a 24/7 gig. It’s keeping your mind open and observing as much as you can. It’s creating worlds and ideas, all the time.

UD: Can you describe the time when you first realized that creating was something you absolutely had to do?

JSA: This is why I can’t seem to quit comics. Once discovering books like “The Crow,” ”Contract with God,” “Signal to Noise” and the like, I knew this was my outlet. I think in narrative images. There’s no other choice, for me, than to make art and stories.

UD: What kind of creative patterns, routines, or rituals do you have

JSA: Routine is huge for me. It’s how you tell the gods, and yourself, it’s time for the world to take a seat and do some work. I wake at 5:30 am. I exercise for 30 minutes and then make coffee. By 6:30 I’m at my table, or easel, working. My workday officially stops at 5 pm when my daughter is done with pre-school. I work in roughly 3-hour stints of time consisting of hardcore energetic sessions. Then once I get distracted or a little tired, I stop. I grab a coffee or some lunch. Get out of the studio or handle daily emails or an errand. Then about an hour later I’m back at the table. I get roughly 2-3 “work modes” a day. Once the baby is asleep my wife and I hang out, or I write.

UD: Who is your favorite Marvel comic book character?

UD: What were/are some of your favorite games to play (video games or board games)?

JSA: I played that second Resident Evil game like it was my job. I used to shoot friends with one of those war games, but I don’t really do the gaming thing anymore.

UD: What type of work do you most enjoy doing?

JSA: 2 things. A painting called “repeater” which opened several new creative doors for me. And a series of pieces for an exhibition called “Mourners Walk over Maple Leaves.” These were life-size figure drawings of these impressionistic people in mourning. It was my first real dive into mixed media; I loved it.

UD: What is your dream project?

JSA: I have an ongoing comics series and two graphic novels I’m DYING to get back to. I’d like to get to a point where, aside from other fun projects and opportunities, I’d like to focus on making one oversized graphic novel a year that coincides with a gallery exhibition.

JSA: Me. Unless it’s film. Then David Fincher or Del Toro.

UD: What was your favorite part about working on this product?

JSA: I got to “officially” create an image of one of my favorite Marvel characters.

JSA: Time. Isn’t that always the way? Since there was not enough time to paint the image in traditional mediums, I painted it digitally. I’m still new to digital, so most everything is a challenge, but it’s a great challenge and a lot of fun.

JSA: This experience was a blast. Working with the people at Upper Deck was super easy and really fun. I’d love to be called back for more. Now, I go back to my comics work, and painting, and producing more “how-to” videos for my Patreon page. Thank you!

You can find more about Jason Shawn Alexander on his website and his social media;

You can pre-order “The Brimstone Biker” through the Upper Deck store here.