Coming off an exciting week 2 in the NHL, Upper Deck e-Pack is happy to bring you this week’s Game Dated Moments cards available for purchase on UpperDeckEpack.com!

Check out this week’s Game Dated Moments cards below!

No. 2 overall pick of the 2017 NHL® Draft, Nolan Patrick, scored his first career NHL® goal as he helped lead the Flyers to a comeback victory against the Predators in Nashville. 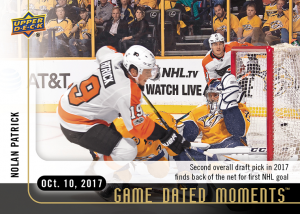 The ageless Jaromir Jagr made his 24th NHL® season debut with the Calgary Flames in a 4-3 OT win versus the Kings. 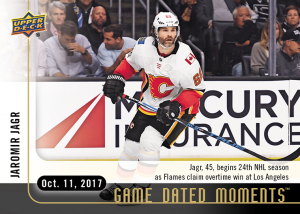