For some Friday the 13th is an unlucky day, but here at Upper Deck HQ its a great day as we launch the first cards from Week 1 of the NEW 2017-18 Game Dated Moment cards!

These cards feature great images capturing some of the most memorable moments from the first week of NHL action!

Below are this week’s Game Dated Moments cards available for purchase on UpperDeckEpack.com!

The Edmonton Oilers‘ Captain helped his team top the Calgary Flames with a three-goal performance in his 2017-18 NHL® season debut. 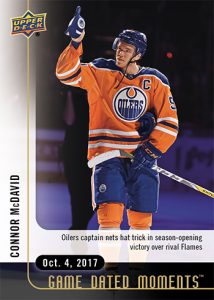 The Vegas Golden Knights played the Dallas Stars on the road for the first game of their inaugural season as they came out with the win thanks to strong performances by Neal and Fleury. 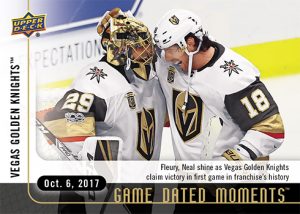 The first overall pick in the 2017 NHL® Draft, Nico Hischier, made his professional debut at home versus the Colorado Avalanche. 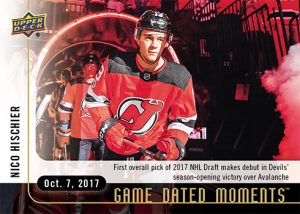 Alex Ovechkin notches his second hat trick in as many games to become the first NHL® player in 100 years to start a season with back-to-back hat tricks while leading the Capitals to a 6-1 victory over Montreal. 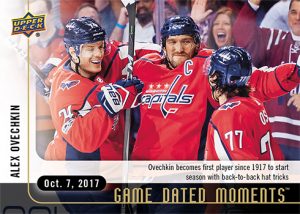