The NHLPA has a rule that no player can be featured on a licensed trading card until they have a played in an official NHL® game, which leaves Upper Deck just shy of five weeks to get the company’s most popular rookie cards, known as the “Young Guns,” created. It’s a great rule, but it only allows one weekend to acquire photos and then ultimately turn them around that week to production to get them created in time for the release of 2017-18 NHL® Upper Deck Series One which releases on November 9, 2017.

On that day there will be more than a few collectors calling in sick to work so they can head to their local card shop and break not only boxes of the product, but cases in an annual quest to put the set together and chase the new crop of Young Guns! 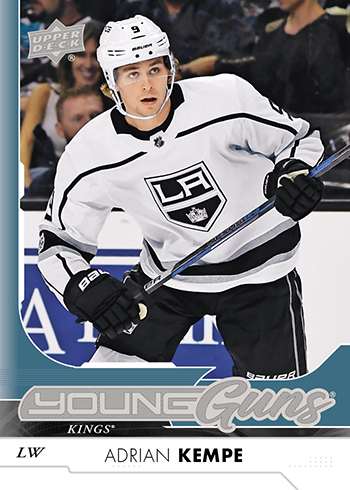 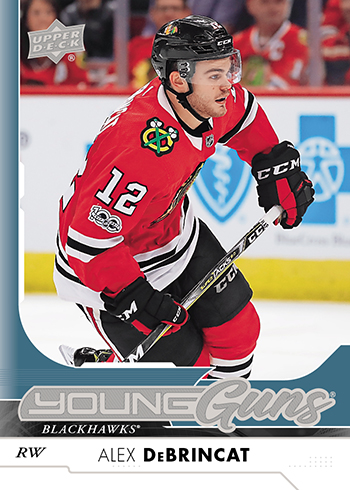 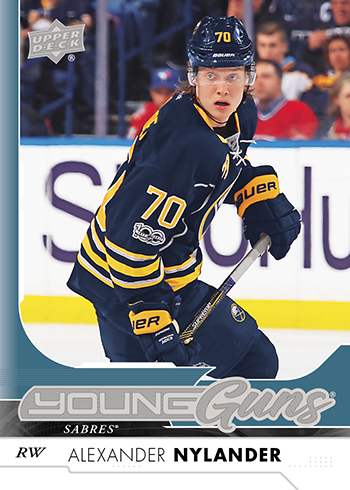 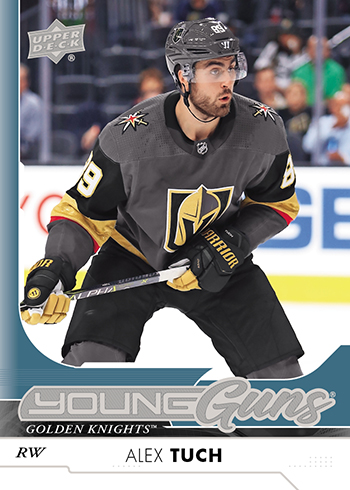 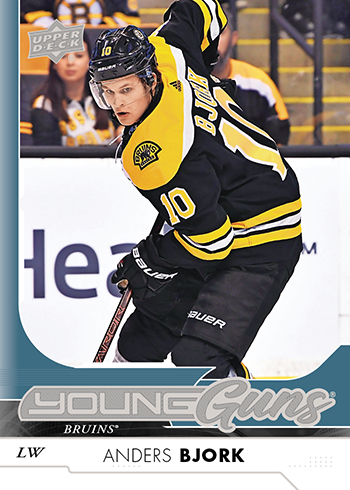 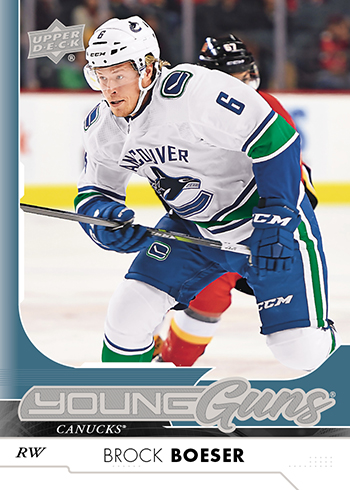 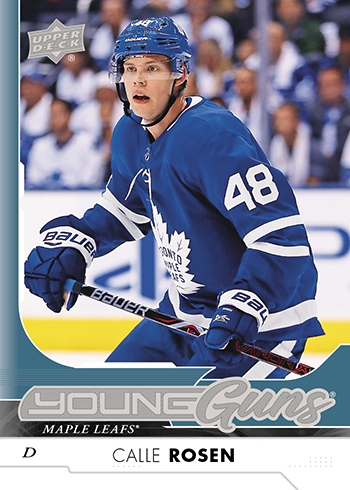 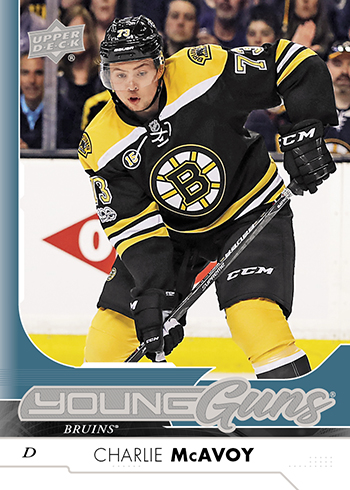 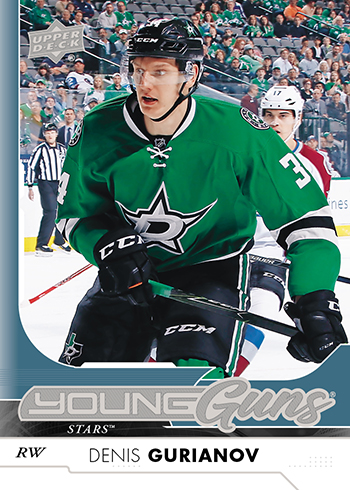 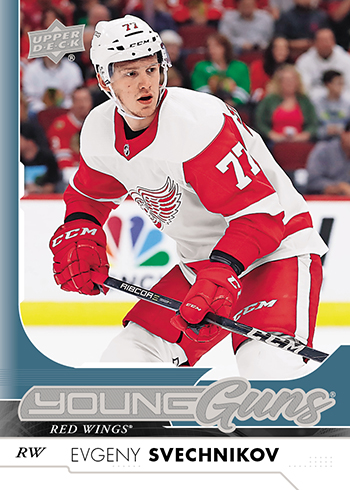 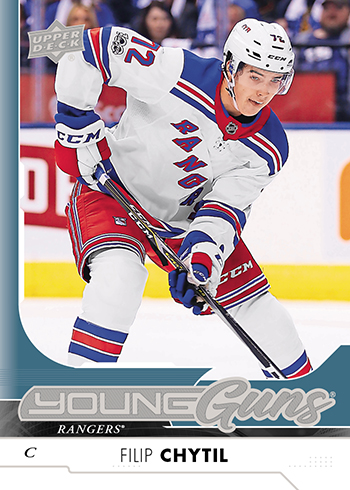 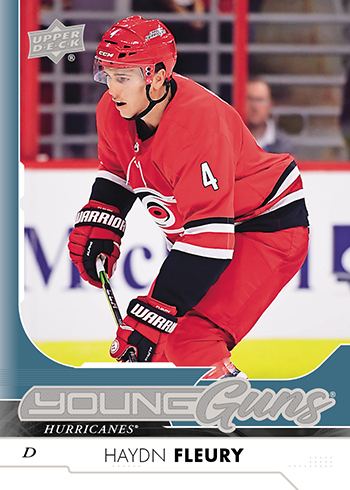 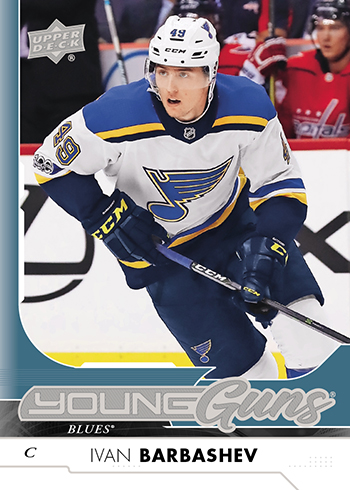 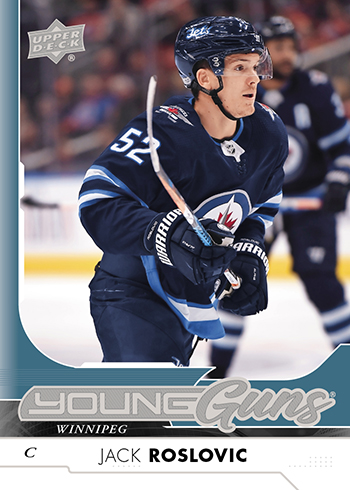 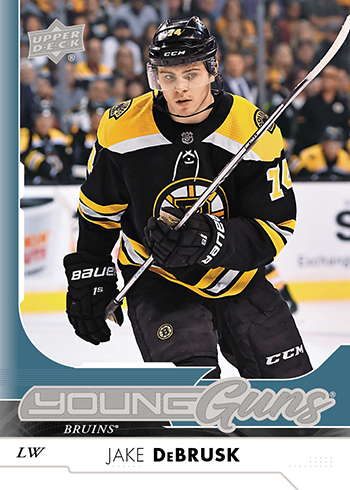 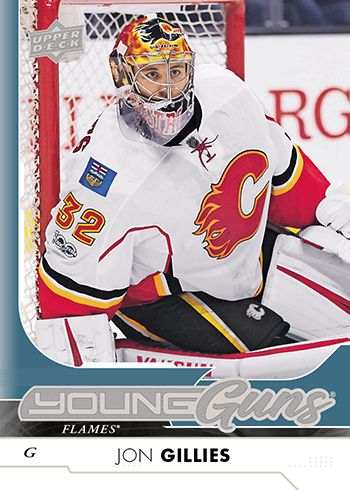 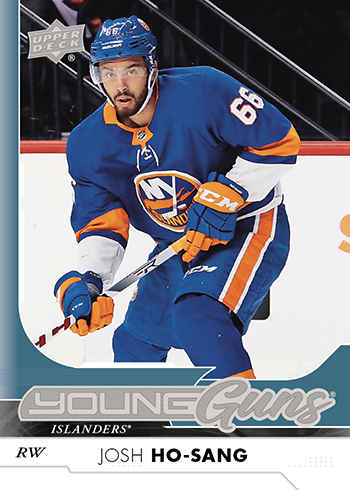 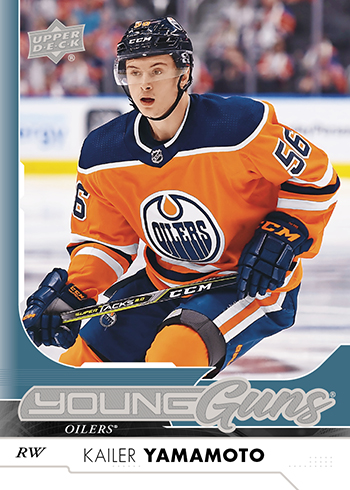 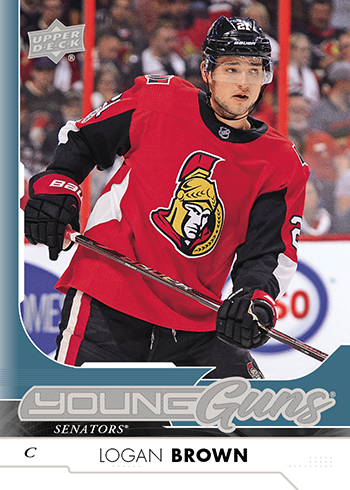 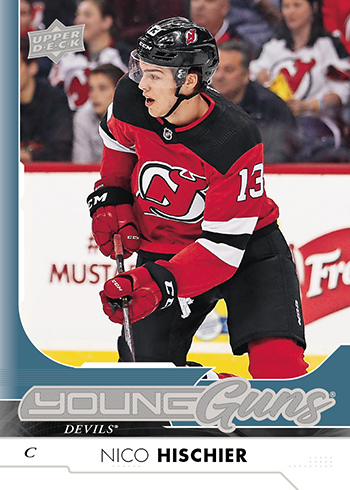 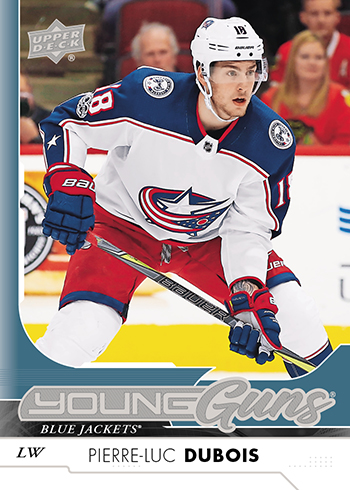 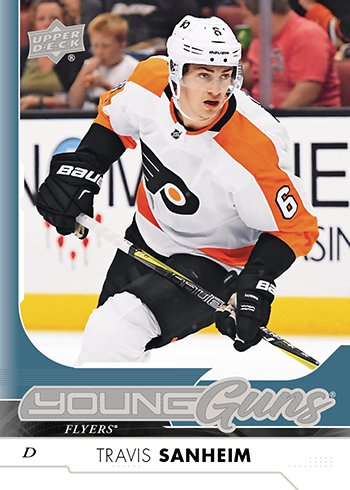 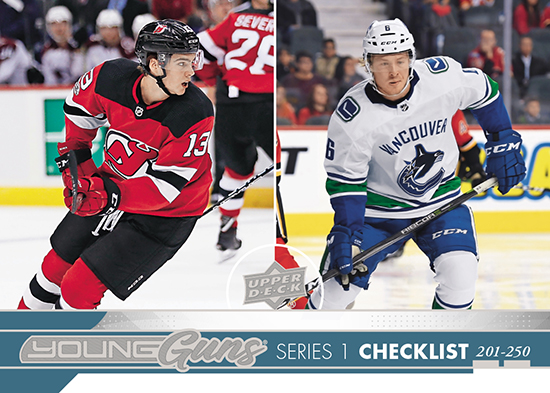 And here are the 2017-18 NHL® Upper Deck Series One Young Guns Canvas cards: 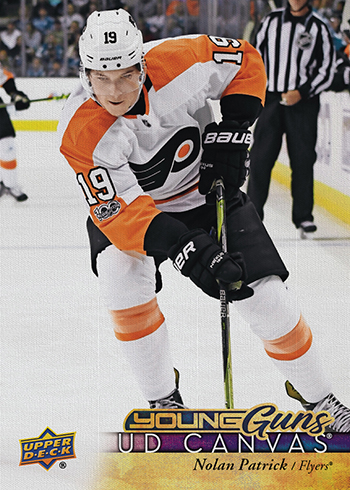 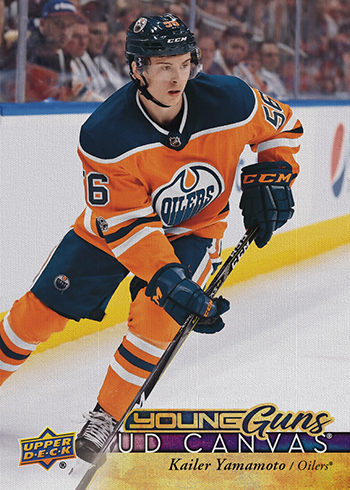 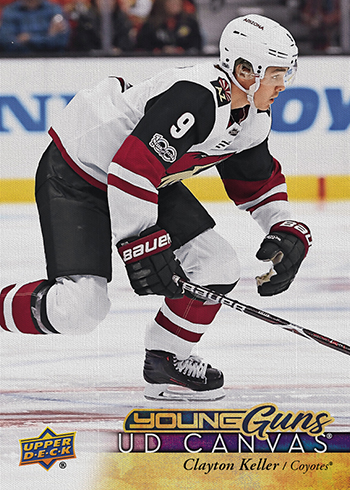 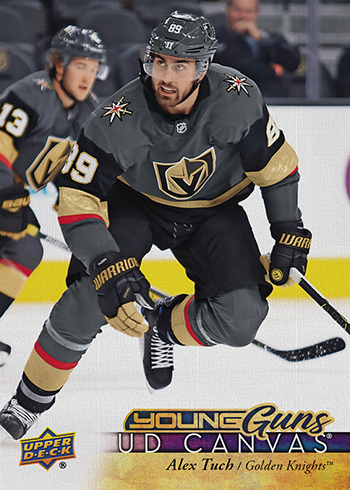 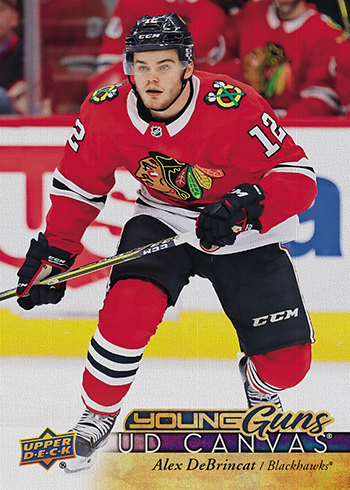 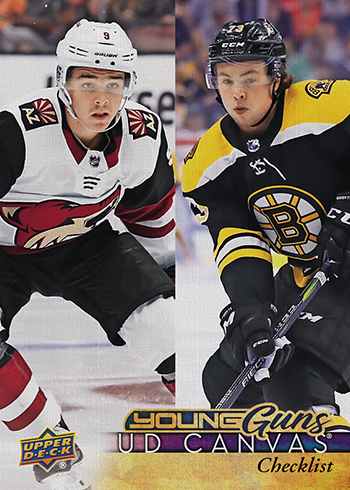 
Can’t wait! Debrincat is a stud!