The only thing that Toronto Maple Leafs fans are more excited about than seeing their young team contend for the Stanley Cup is to getting their hands on the 2017 Upper Deck Toronto Maple Leafs Centennial Set. Upper Deck teased that the company would be producing a set dedicated to one of the most popular NHL® franchises almost a year ago. Since then Leafs fans have been giddy at the thought of opening up packs and only finding ONLY players from their favorite team inside. The product arrives in hobby and retail locations on October 11, 2017 and is sure to be highly sought after, especially in the province of Ontario.

Take a look at some of the hard-signed content that can be found in packs! 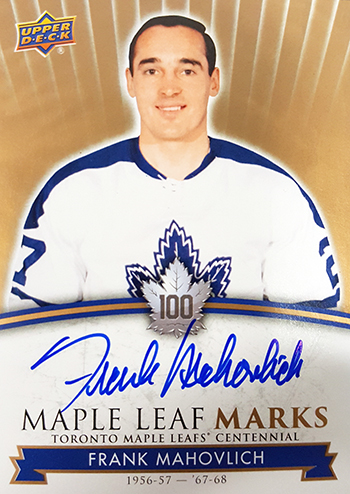 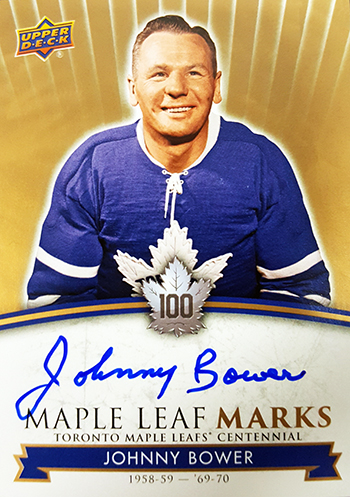 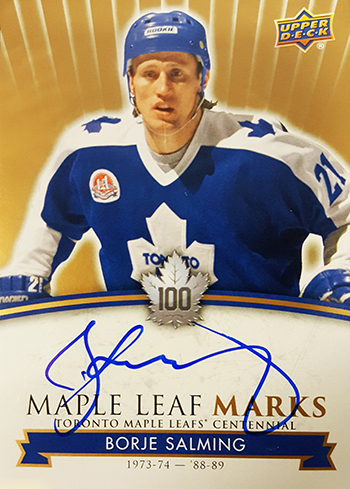 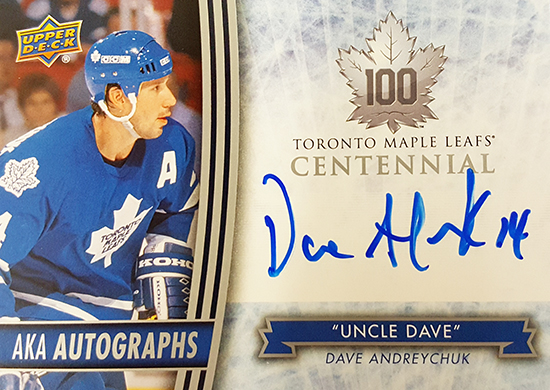 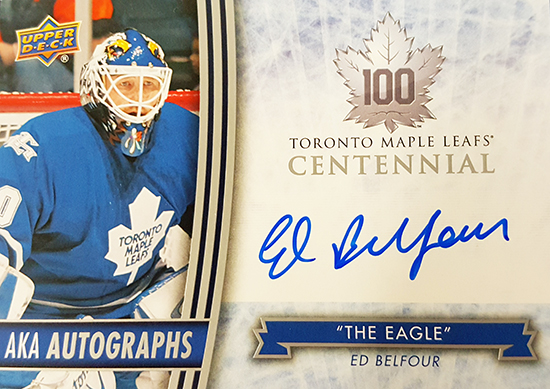 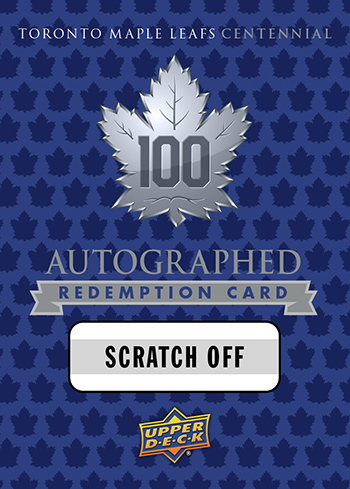 If pulled from retail packs, these are the players fans may receive after they redeem the code on the card with Upper Deck online or by calling in:

These cards will be sent out randomly to fans who redeem them based on current inventory. Upper Deck will make every effort not to duplicate cards from customers who redeem more than one of these cards. Worthy of note, some of these players will have live autograph cards in the hobby release as Upper Deck conducted multiple signing sessions with some players based on their schedules.

The product is not just about autographs however. The memorabilia cards are equally as awesome. Take a look at some: 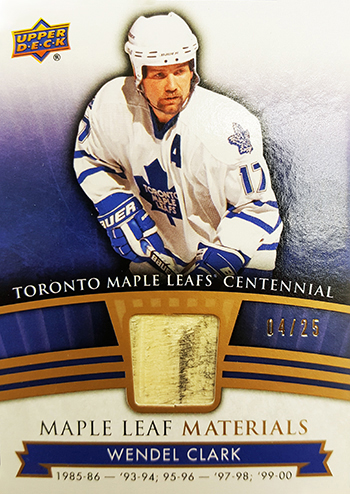 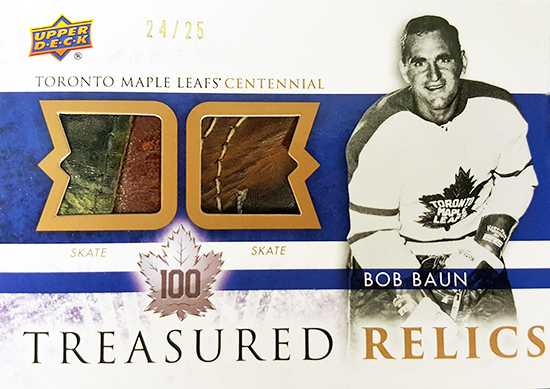 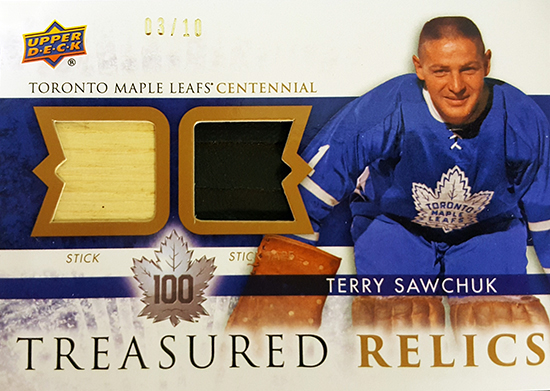 
THANK YOU SO MUCH FOR MAKING THIS SET! CANT WAIT TO SEE ALL THE AWESOME CONTENT!!


Omg can’t wait to get started on this set


Seems like there are some obvious omissions – no Armstrong or Keon? No Pulford, Duff, Alan Stanley or Horton either,
Hard to see why Gary Valk or Bill Berg would be chosen for inclusion over any of the above.
Armstrong and Keon are also not included in the Captains section. Why?


No Keon or Sundin. Both have retired numbers. Both in the Hall of Fame. Arguably the two best. Can you please provide an explanation as to why they would be excluded from the series? As a die-hard fan, it’s both unthinkable and offensive.