Spoiler Alert! The cards in Legendary®: Spider-Man Homecoming use images from the movie of the same name. These images may contain spoilers for those that haven’t seen the movie.  Please be aware before you proceed.

Last week we took a look at the new Heroes within the upcoming Legendary®: Spider-Man Homecoming expansion. This week evil gets their turn with the Villains and Masterminds and they are ready to strike. 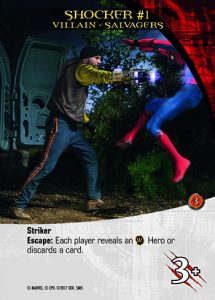 The Striker keyword represents Villains and Masterminds that get more confident and powerful as the Mastermind smashes Heroes. It means “This gets +1 Attack for each Master Strike in the KO pile and/or stacked next to the Mastermind.” 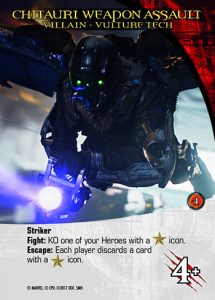 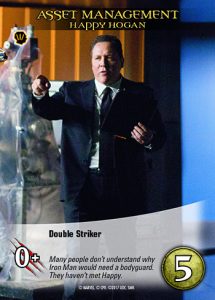 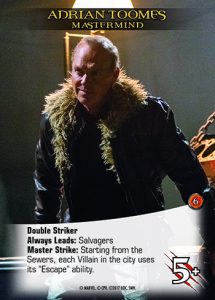 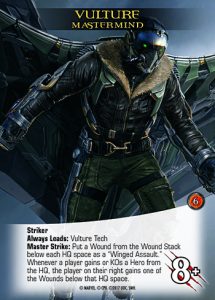 As an extra-hard challenge, this set includes 2 “Double-Sided Epic Masterminds.” Each has a normal side, or can be flipped over to use its extra-nasty Epic Mastermind side… 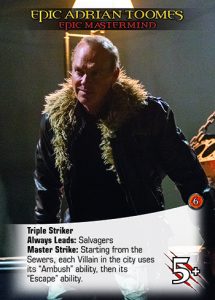 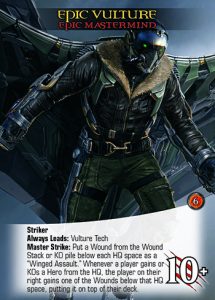 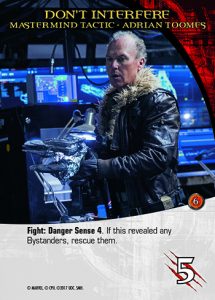 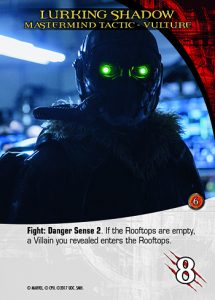 We hope you have enjoyed this week’s preview. Legendary®: Spider-Man Homecoming we will leave you with a glimpse hits stores on October 18th and is available now to pre-order at your local gaming stores. 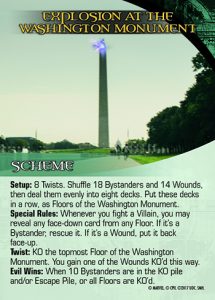