High-end hockey card collectors, especially those who happen to be Toronto Maple Leafs fans, have been chomping at the bit to crack open tins of the new 2016-17 NHL® Premier. There should be plenty of excitement when the product hits shelves on Wednesday, August 16, 2017. 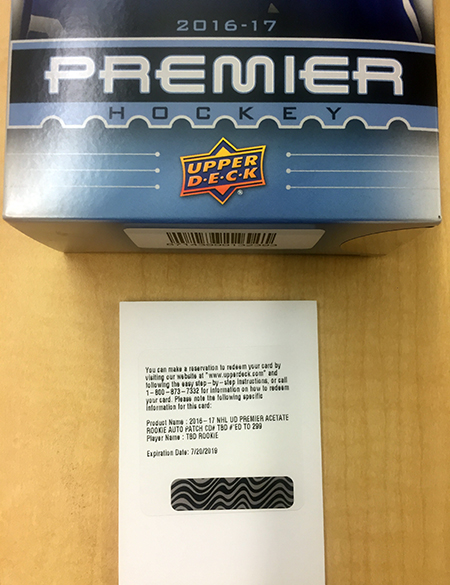 As always, Upper Deck is very focused on having as much live hard-signed content in products like these as possible. To reduce the likelihood fans will pull redemption cards of players who are not in the upper echelon in this product, Upper Deck has inserted TBD (to be determined later) redemption exchange cards. This allows Upper Deck to more expeditiously ship cards to consumers as they come in.

There are TWO different types of TBD Rookie redemption exchange cards in Premier:

Autograph Rookie cards numbered to 399 copies where possible players include: 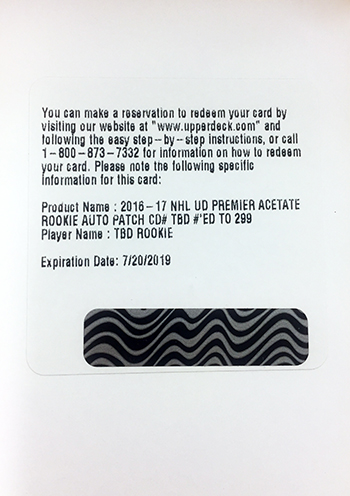 Redemptions will start be fulfilled with cards from players that send back their signed cards in the timeliest fashion. Worthy of note, Upper Deck will work to make a special effort to customers who submit multiple redemptions to get them different players where possible.