There’s a bit of fun that goes on during downtime with the “Young Guns” at the the 2017 NHLPA Rookie Showcase. Many players enjoyed picking out their favorite augmented reality filter from Snapchat’s offerings. Each player added their signatures as well to provide a preview for fans! 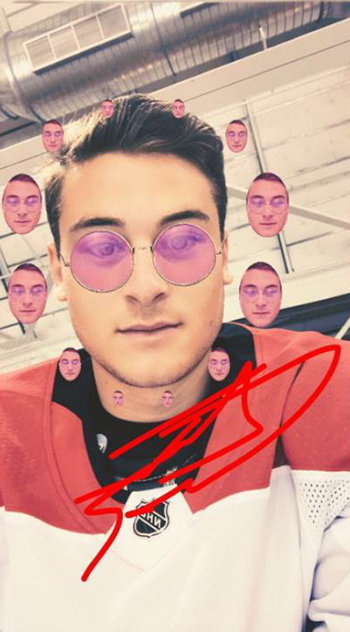 That’s Julien Gauthier thinking about himself at the NHLPA Rookie Showcase. 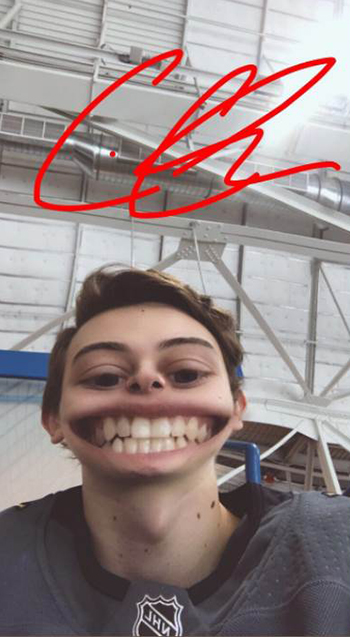 Cody Glass was all smiles to try on his Las Vegas Golden Knights jersey for the first time. 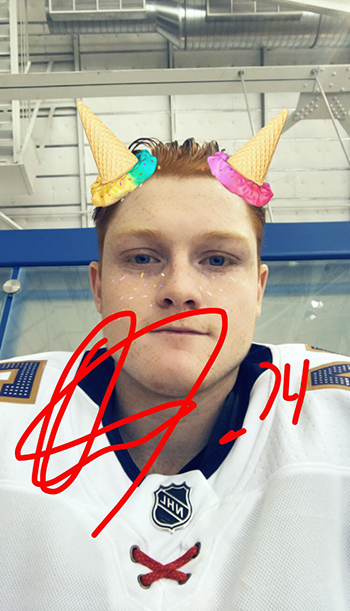 Who dropped the ice cream on Owen Tippett? 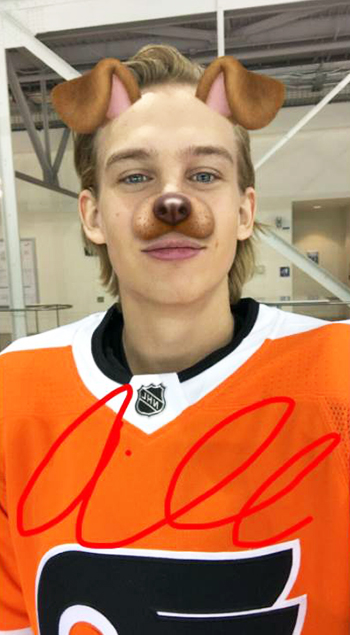 Oskar Lindblom thinks this photo shoot has gone to the dogs! 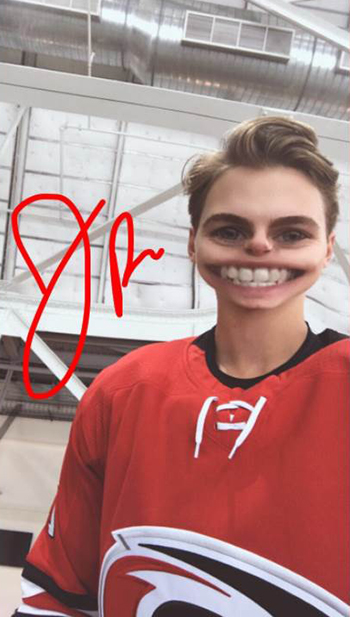 Now that’s what we call an ear-to-ear smile Jake Bean!

You’re probably not going to see this treatment on a trading card however. Look for a full line-up of “Young Guns” rookie content in 2017-18 NHL® Upper Deck Series One releasing this November!