The 2017 NHLPA Rookie Showcase was a whirlwind of activity where the NHLPA and Upper Deck bring over 25 hockey prospects to Toronto. Upper Deck shares aspects of the company’s business with these young players they may not be aware of. Everyone knows Upper Deck has the world’s greatest memorabilia and trading card offerings, but many players didn’t know the company also produces a sleek line of hockey coins called Grandeur.

Charlie McAvoy of the Boston Bruins was blown away that players are featured on actual currency. Upper Deck’s Grandeur hockey coins are legal tender in the Cook Islands. 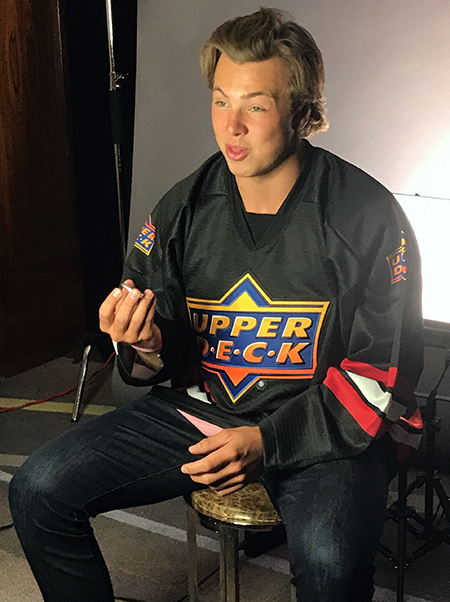 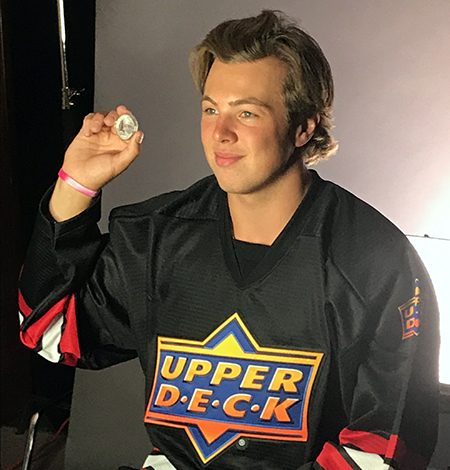 Much like a pack of trading cards, Grandeur coins are packaged blind in a box so you don’t know which player or type of coin you might receive until you open it up. Tyson Jost of the Colorado Avalanche loved the thrill of cracking the pack opening and discovering which coin they received! 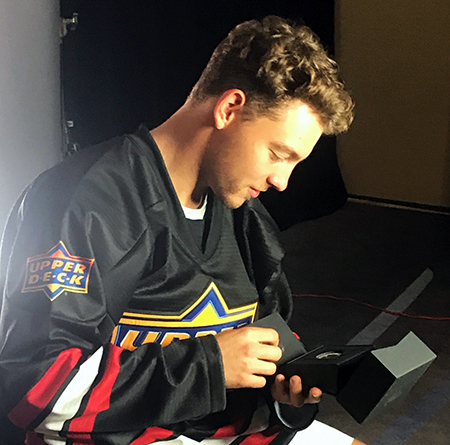 Colin White of the Ottawa Senators seemed to like the fact there are four different levels of rarity with the coins, but he really enjoyed the colorful base version he pulled.

With four different rarity levels, there is plenty of excitement to be found in packs of Grandeur hockey coins! 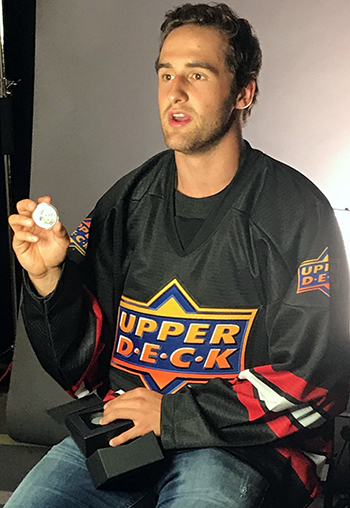 The detail on these coins is nothing short of stunning as they highlight the player and the city they have made headlines in. Brock Boeser of the Vancouver Canucks was thoroughly impressed with their beauty. 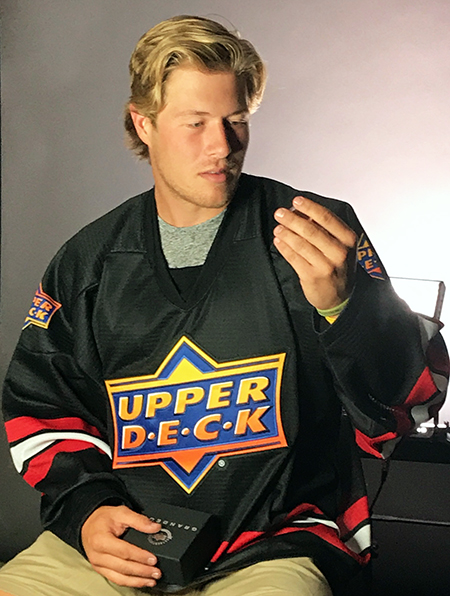 Drink it in Brock! This coin is in “mint” condition!

For more details on Upper Deck’s line of Grandeur hockey coins, check out www.hockeycoins.com. You can purchase Grandeur hockey coins through CIBC locations or online at www.CIBC.com if you are in Canada. They can also be purchased at UpperDeckStore.com in the USA and Canada. 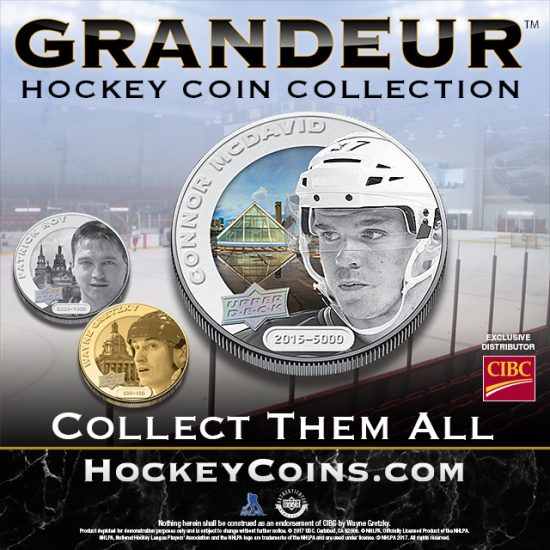 One of the new ways fans can conveniently experience Grandeur hockey coins is through Upper Deck e-Pack™ where you can open packs from your computer, tablet or phone. What’s more, Grandeur packs can be opened any time of the day, anywhere in North America on e-Pack. There is also trading functionality that allows collectors to make trades with other collectors all over the globe. Upper Deck stores to coins for free on e-Pack and they can be shipped to collectors anytime for a nominal shipping fee. Make sure to check the e-Pack platform out at www.UpperDeckePack.com today!