At the 2017 NHLPA Rookie Showcase hockey prospects are kept busy with photo shoots, interviews and signings sessions. These young players are on the verge of becoming men who will be admired in the cities they play in, but before that happens, Upper Deck invited them to recapture some moments from their childhood.

Player in attendance had the pleasure of breaking open boxes of cards from Upper Deck’s new releases including 2017-18 NHL® MVP which some of them are featured in. 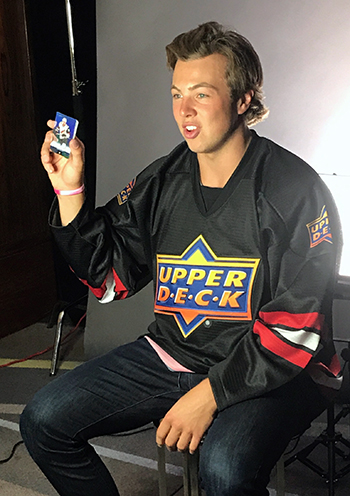 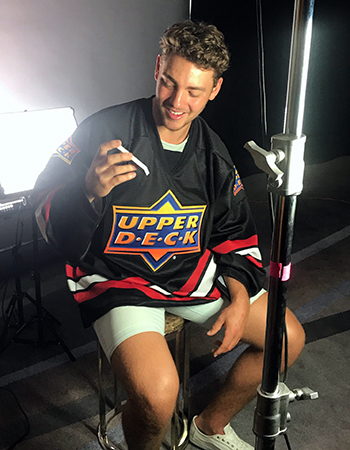 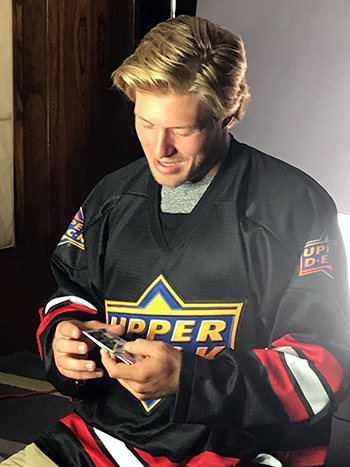 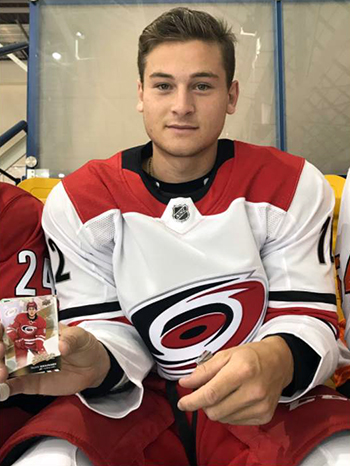 What a thrill to find a rookie card of yourself in an Upper Deck pack for Jack Roslovic of the Winnipeg Jets. 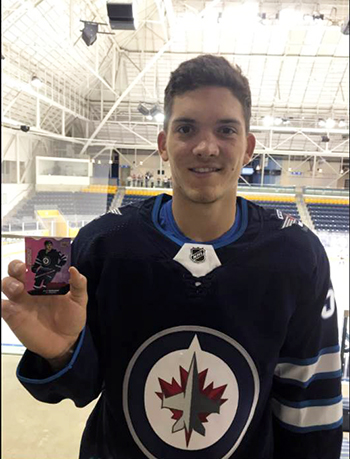 If you haven’t opened Upper Deck NHL® packs in sometime, look at all the fun you are missing! 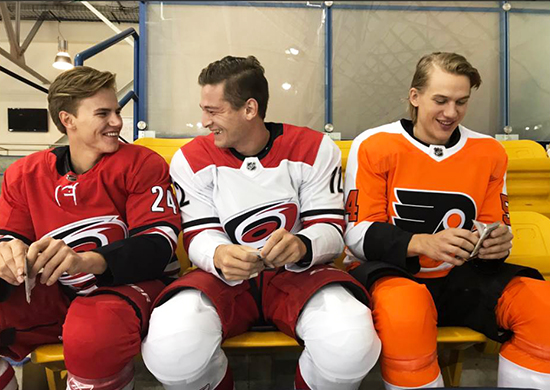 Pulling a card of a contemporary star like Connor McDavid was quite a thrill for Noah Juulsen of the Montreal Canadiens. 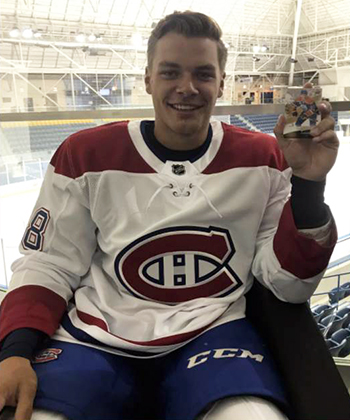 The 2017-18 NHL® MVP Player Credentials cards seemed to be a big hit with rookies like Oskar Lindblom of the Philadelphia Flyers. 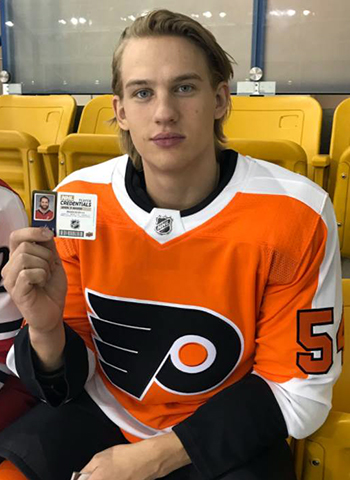 When it comes to finding the biggest and the best cards however, look no further than the young prospect for the Dallas Stars; Denis Gurianov. He scored a rookie autograph card from Upper Deck Trilogy of Connor McDavid! 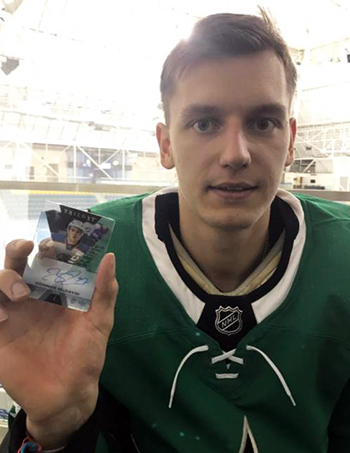 Colin White of the Ottawa Senators got to preview the new 2017-18 SP Game-Used as he signed his autograph cards that will be include in the set. 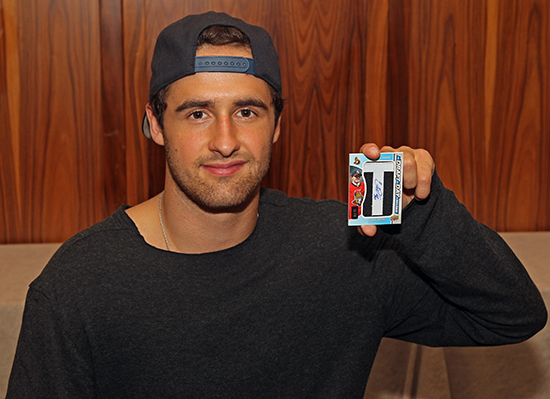 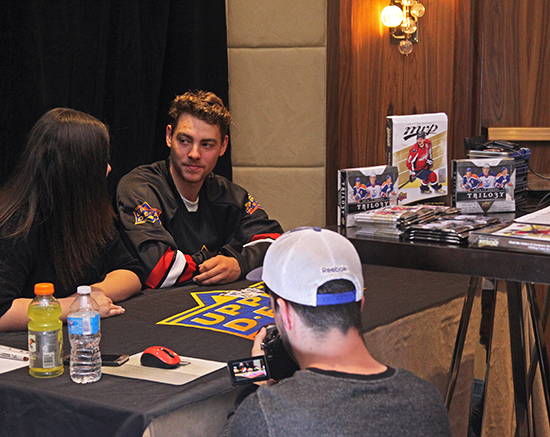 A great moment occurred when Charlie McAvoy pulled an autograph of Brad Marchand and made a comical confession.