Vs System 2PCG: Monsters Unleashed! Preview – A Girl and her Dinosaur 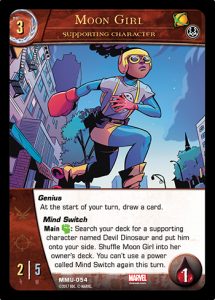 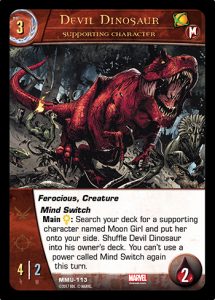 Note: Both of their respective teams are Good, but if a hypothetical future character had one Good and one Evil team, it would count as both Good and Evil.

The Moon Girl/Devil Dinosaur team is our smallest yet with only two characters and no plot twists, equipment, or locations (yet), so you might be wondering why we gave them their own team. The answer is we wanted them to be able to team attack. But why is it so important that a couple of supporting characters be able to team attack, especially considering their shared super power involves one of them appearing and the other one getting shuffled away? 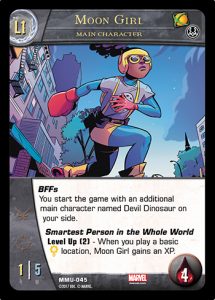 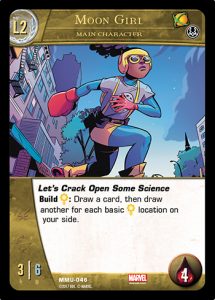 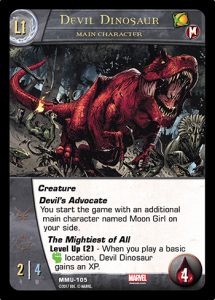 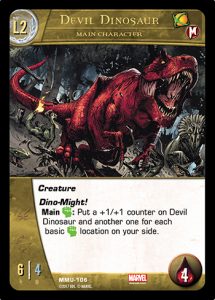 Moon Girl and Devil Dinosaur are also our first two Main Characters that start in play together! Here’s how that works:

If an effect does something to “your main character” but you have two main characters, the controller of the effect chooses which one it affects.