Over the years players of Legendary have fought epic battles featuring comic book heroes and villains. Now, the battle has come to Sunnydale. Big Bads, in command of Demonic Villains, plan dark Schemes to wreak havoc across the home of the Hellmouth, but there is one hope. In every generation there is a chosen one… she alone will stand against the vampires, the demons and the forces of darkness. She is the slayer.

Legendary®: Buffy the Vampire Slayer, designed by Nick Little and Travis Chance, is a deckbuilding game for 1-5 players. The game is designed to fight the players as they play. It does this by having a Big Bad who is trying to run rampant through Sunnydale and complete an evil Scheme. It is the player’s task to use their basic cards to recruit bigger and better Heroes, fight Villains, and ultimately take down the Big Bad.

In this preview we will introduce you to the new teams within Legendary®: Buffy the Vampire Slayer, and some of the Heroes that will increase your chances of conquering evil.

Slayers: Chosen by fate and imbued with super abilities, it is the slayer’s birthright to fight the forces of darkness and evade the occasional apocalypse. 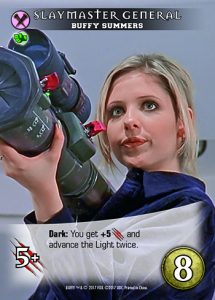 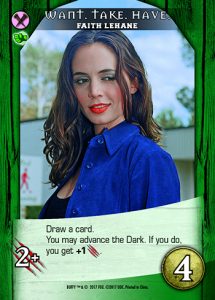 Scoobies: When faced with the truth about the dark side of their city, these normal Sunnydale citizens have decided they want to fight the good fight. Loyal and brave, Buffy would be lost without them. 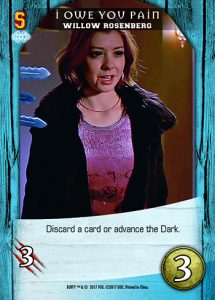 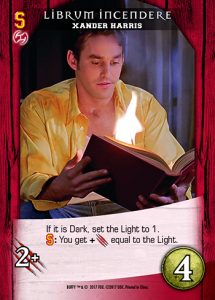 Supernatural: These allies of the Slayers are demonic in nature. Out of loyalty to the Slayers, they have overcome their demon-y disposition to fight the forces of evil. 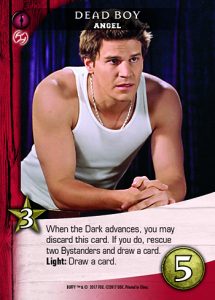 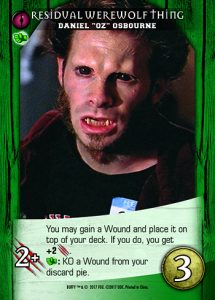 Initiative: Now defunct, the Initiative was a clandestine U.S. Government agency whose mission was the capture and research of demons in hopes of weaponizing their abilities. Having been recruited by the Army, the Initiative’s goals are now aligned with the Scoobies. The Initiative heroes are Riley Finn and the Initiative Soldiers (Starting card). 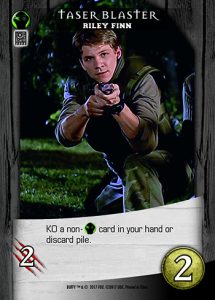 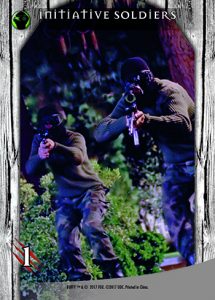 Watchers: Devoted to the training and guidance of Slayers, a watcher must use their knowledge of demons and the supernatural to assist in the fight against evil. Dedication to the cause and to their slayers is the hallmark of the watchers. The Watcher heroes are Rupert Giles and the Watchers (Starting card). 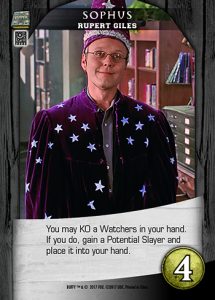 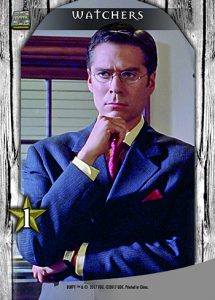 Who are you most excited to play with?

We hoped you’ve enjoyed this first taste of Legendary®: Buffy the Vampire Slayer. Tune in next time as we focus on evil and the effects of darkness and light.

Legendary®: Buffy the Vampire Slayer hits stores this Fall so ask for it today at your local gaming store.


When is this coming out? The date keeps getting pushed back on Amazon. I’m so excited!


Bueller? Bueller? Any update at all?