The quiet town of Sunnydale hides a dark secret. It rests on top of a weak spot in the barrier between Earth and the several dimensions of Hell known as a Hellmouth. This allows the creation of portals between the two. For these reasons, the Hellmouth attracts demons and evil of all types drawing supernatural activity to this hot spot. The Slayers spent lifetimes fighting against its opening and against all of the unspeakable horrors that it attracted. 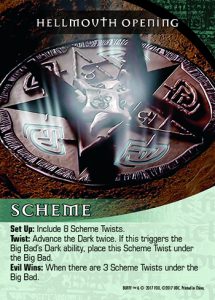 In our last post we previewed some of the Heroes that you can use to fight against the forces of evil. You will need them because in Legendary®: Buffy the Vampire Slayer there is no shortage of evil. The Big Bads and their minions look to complete their nefarious Schemes and bring about the end of days. 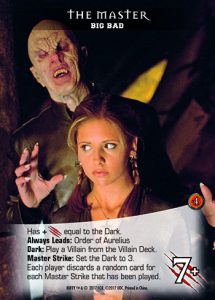 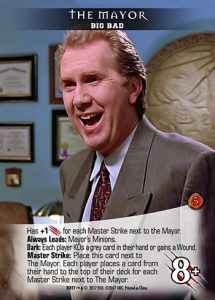 In each game of Legendary®: Buffy the Vampire Slayer, players will select a Big Bad and a Scheme to play against. The Big Bads do not come alone. Each one will always lead a group of demons or monsters that want to spread darkness over Sunnydale. Each Scheme gives a description of the setup, what happens when a Scheme Twist is revealed from the Villain Deck and ultimately how Evil can win. 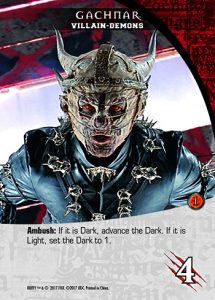 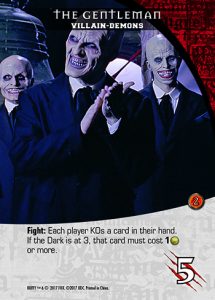 Various Heroes, Villains, and even Bystanders may either have effects or be affected based on if the counter is on the Light or the Dark. 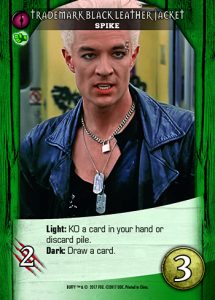 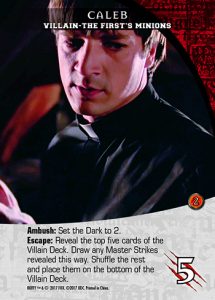 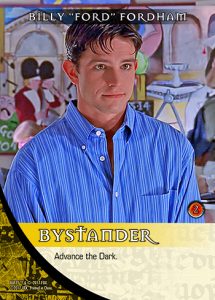 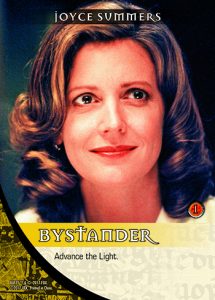 The second new mechanic comes in the form of Courage Tokens.

Players start the game with 1 Courage Token and may gain more by playing certain Hero cards or defeating certain Villains. Players may spend their Courage Tokens during their own turn to gain either 1 Recruit Point or 1 Attack. Courage Tokens are carried over between turns, so you could save them up to have a huge attack against a Big Bad or buy an expensive rare Hero card. 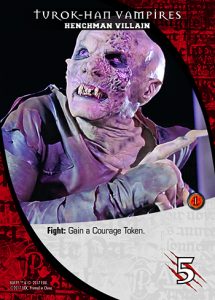 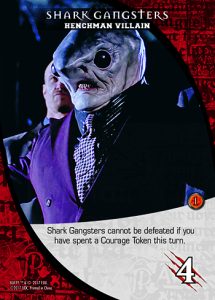 Legendary®: Buffy the Vampire Slayer hits stores this fall. Ask for it today at your local gaming stores.