Rookies on the Radar: Anthony Mantha of the Detroit Red Wings

It was a tough year for the Detroit Red Wings with the team missing the postseason for the first time in 26 seasons. That’s right, 26 seasons! That’s how good this franchise is, but many feel that this year’s miss was just an anomaly as the team is built with a great young core of talent. One of those youngsters is Anthony Mantha who had a very solid rookie season and is sure to be an important piece to the Red Wings getting back to the post season

Check out some of the reasons why Anthony Mantha needs to be a rookie on your radar worth collecting this year: 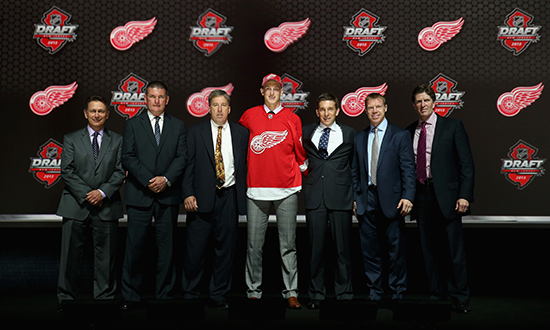 Mantha’s size was on display on Draft Day as he towered over the team that picked him. (Photo by Bruce Bennett/Getty Images) 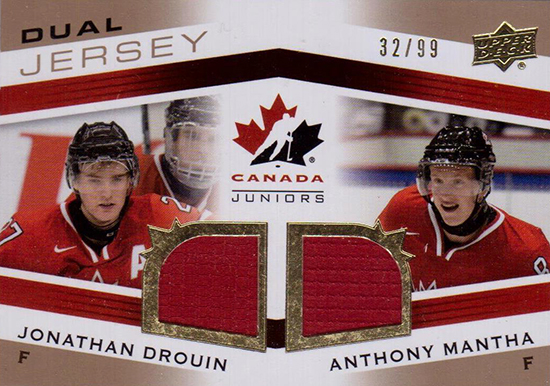 Mantha played with some solid young players as a member of Team Canada. 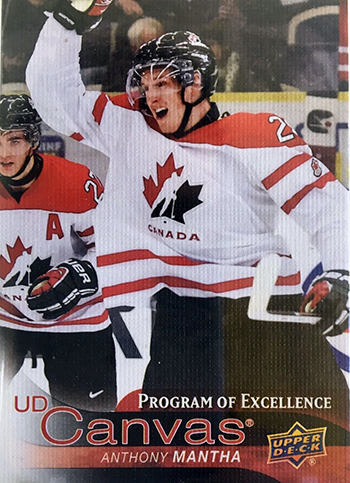 He gave Canadians more than a few reasons to cheer when he played with Team Canada. 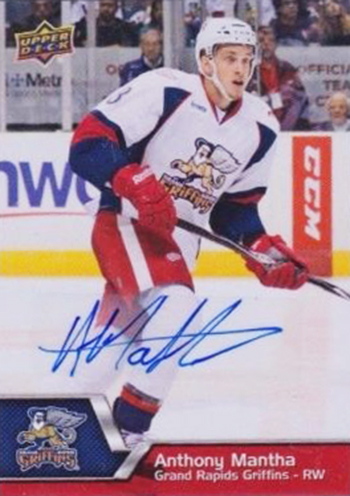 Mantha also has AHL cards in the market from Upper Deck before he made his NHL debut. 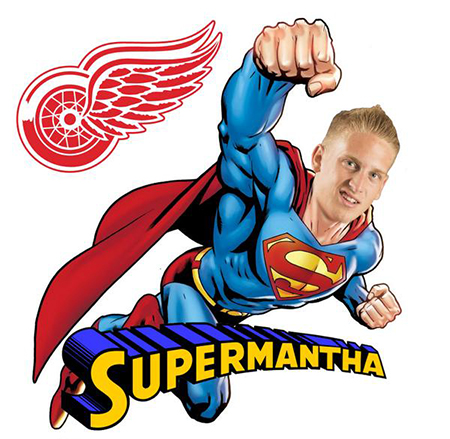 When it comes to which cards of Anthony Mantha, many are just hitting the market this season. While others are looking at Toronto and Winnipeg rookies, Mantha is being overlooked by collectors. If he can stay healthy next season, which shouldn’t be a problem, look for his numbers to rise as well as interest in his rookie year collectibles. 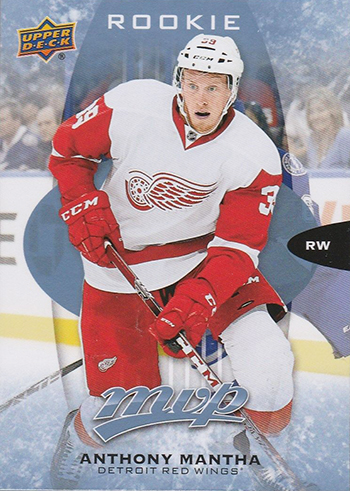 MVP rookie cards of Mantha are easy to find at a reasonable price. 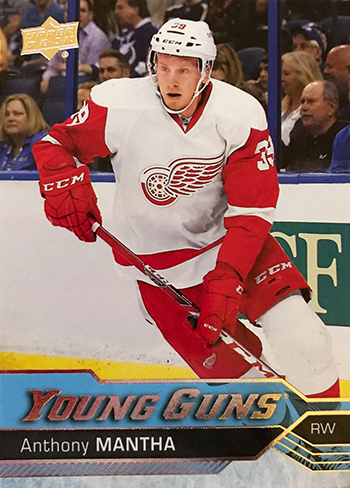 Mantha’s Young Guns rookie card from Upper Deck is a must have for collectors! 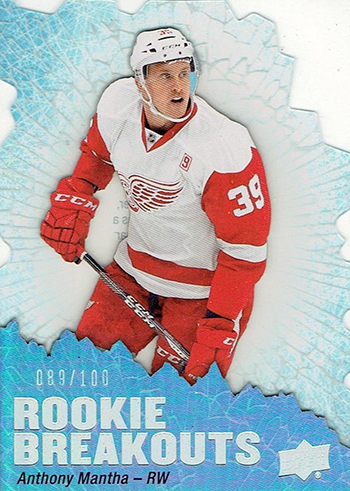 Insert rookie cards like this acetate card from Upper Deck are also great to chase. 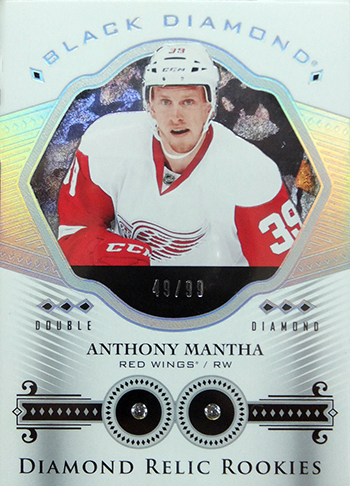 One of the first premium rookie cards of Mantha came from Black Diamond. This one features two diamonds embedded in the card. 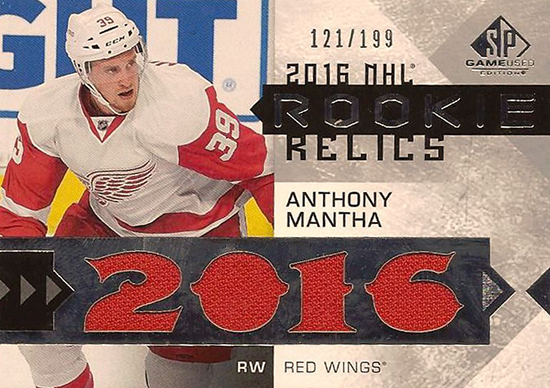 Memorabilia cards like this one from SP Game-Used are a cool way to get athlete-worn gear. 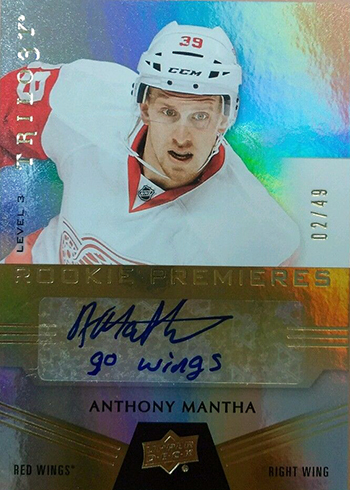 Mantha included an inscription with this autograph rookie card. 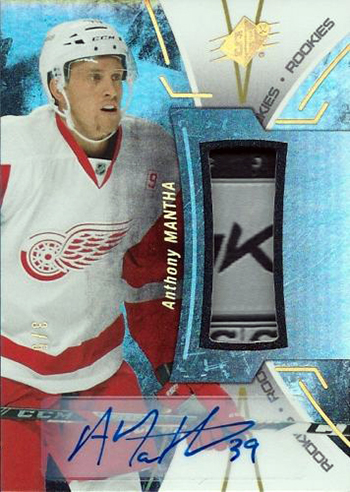 This card includes a cool patch along with Mantha’s signature! 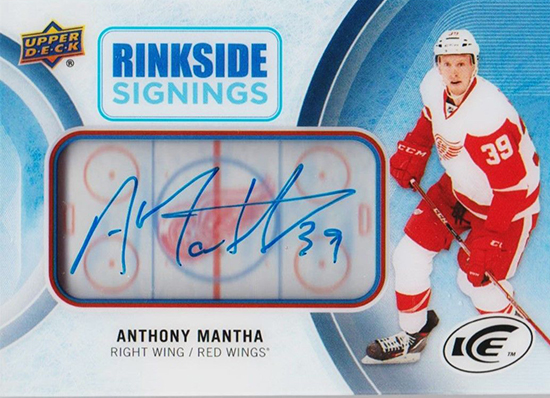 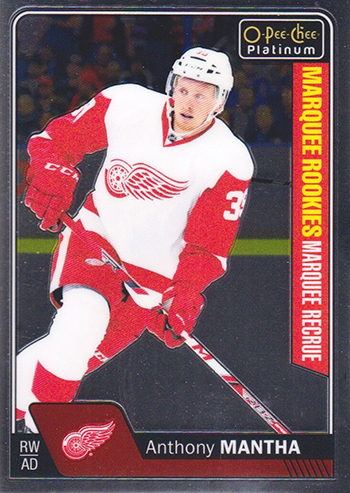 O-Pee-Chee Platinum rookies include some flashy foil to make the card look great! 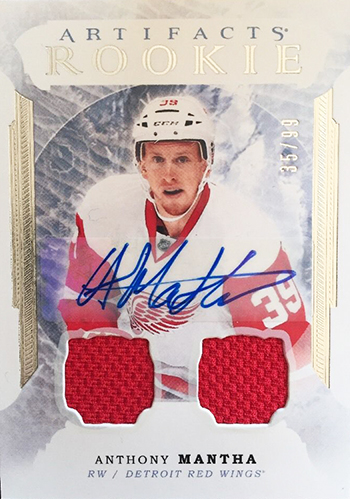 Artifacts rookie are very cool looking as well and limited! There are only 99 copies of this card. 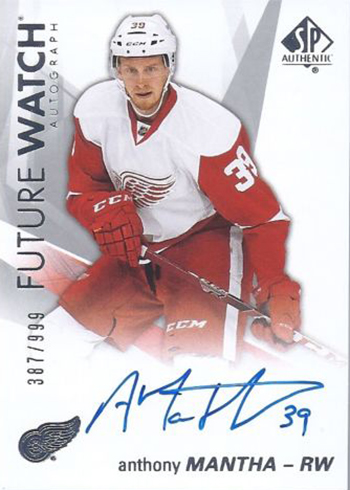 One of Mantha’s most desirable rookie cards comes from SP Authentic! 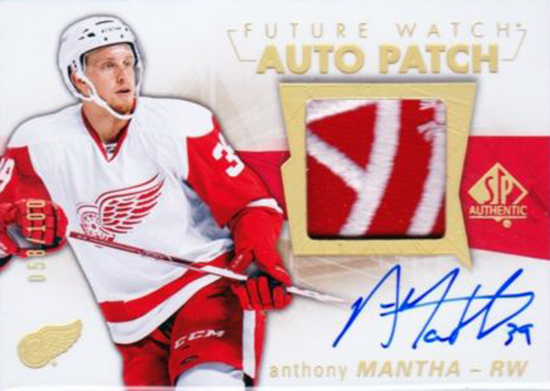 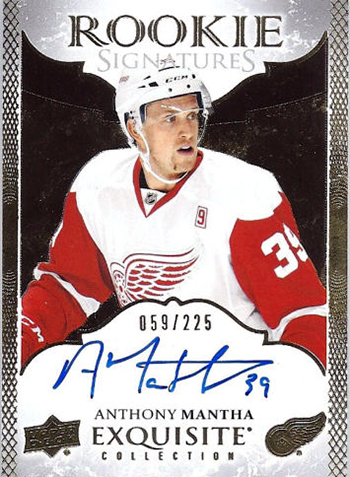