Vs System® 2PCG®: Legacy Card Previews: The Last There is At What He Does

For the final card preview of Vs System® 2PCG®: Legacy we continue the Level 3 Main Characters with a character that is an old favorite. Wolverine has always been known for two things, his mutant healing factor and his unpredictable rage. 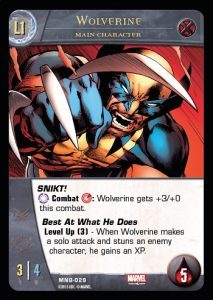 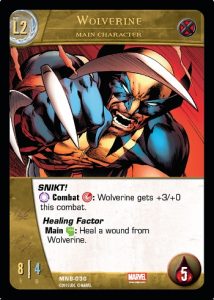 The Vs System® 2PCG®: The Marvel Battles version of Wolverine focused on his Healing Factor. The Legacy expansion focuses on the other aspect of his character: 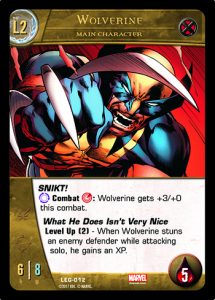 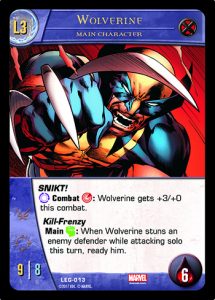 One of the most fun aspects of the Level 3 characters is choosing which path to go down when you level up the first time. Do you settle for the old Level 2 or do you keep trying to earn more XP to reach Level 3?

The choice is especially interesting for Wolverine. If you’ve been taking wounds early in the game, perhaps you rely on his Healing Factor to keep him alive. But if you don’t have a lot of wounds and your opponent’s side is full of enemies to pick off with solo attacks, go for Level 3, and stun them all in a killing frenzy.

Also, just like with every other gaming release from Upper Deck in 2017, included with the first printing of Vs System® 2PCG®: Legacy will be a limited edition promo card. For Legacy the promo card will be an alternate art Level 3 Main Character of Wolverine. 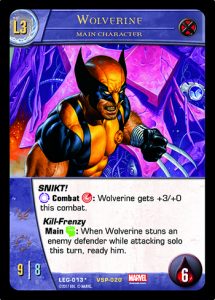 The art, by legendary artist Joe Jusko, was created especially for Upper Deck. This promo card will not be included with any other printings of Vs System® 2PCG®: Legacy.