Rookies on the Radar: Jake Guentzel of the Pittsburgh Penguins

Jake Guentzel (gent-sill) of the Pittsburgh Penguins has emerged as a star for the team this season and in particular, during their run for the Cup. Guentzel plays on the same line with Sidney Crosby and he has benefitted from that by scoring at a historic rate. He didn’t start the year off with the team, so he doesn’t have tons of rookie cards out there. That makes the ones that are in the market even more desirable.

Check out some of the reasons why Jake Guentzel needs to be a rookie on your radar worth collecting this year:

When it comes to which cards of Jake Guentzel, many are just hitting the market this season. While others are looking at Toronto and Winnipeg rookies, Guentzel may be the sleeper of this class with the most post season opportunity to become a star. 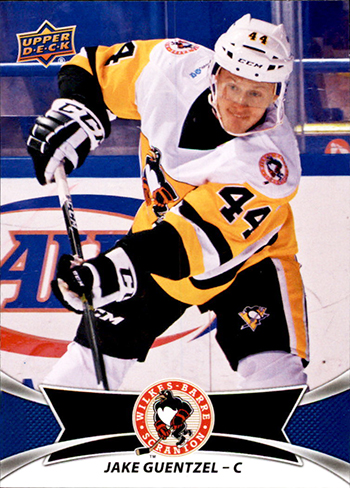 Jake has an Upper Deck XRC card featuring him on his AHL team. 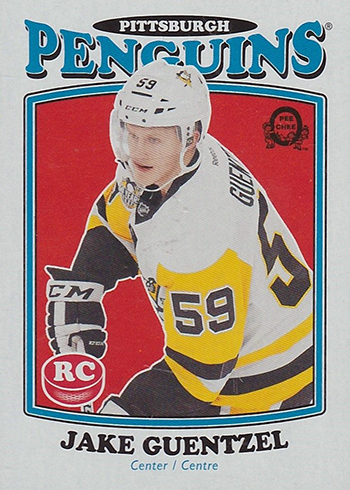 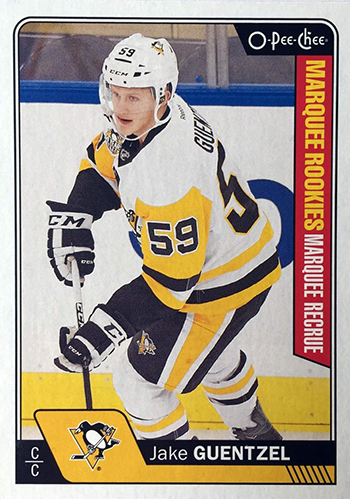 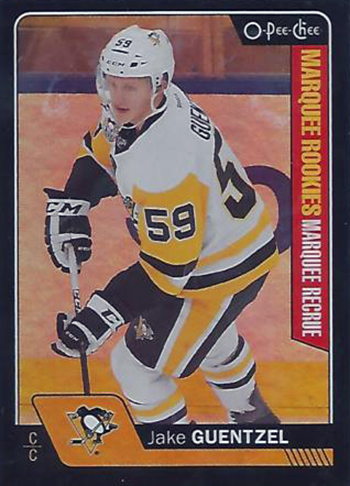 Rare parallel rookies of Guentzel can be found in O-Pee-Chee Platinum. 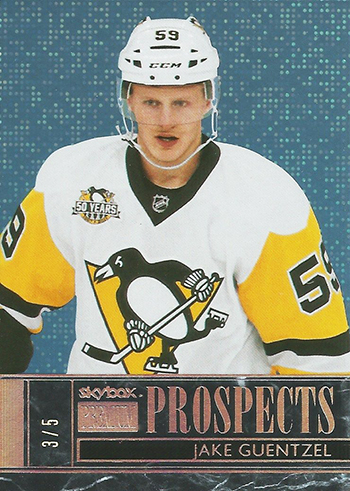 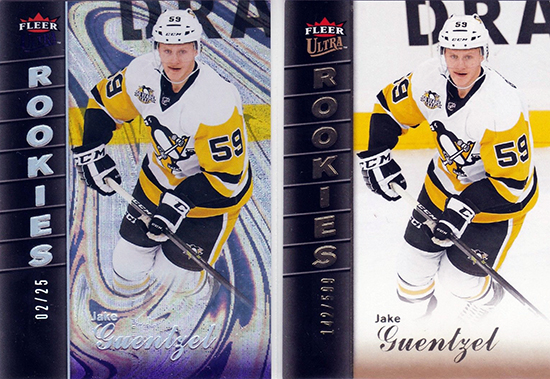 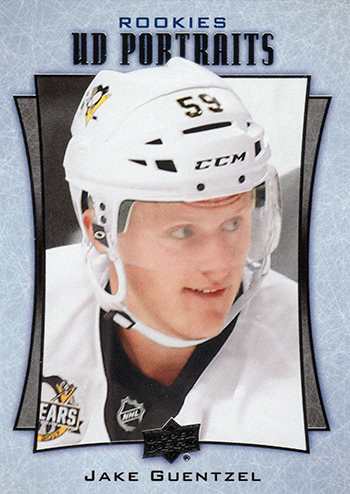 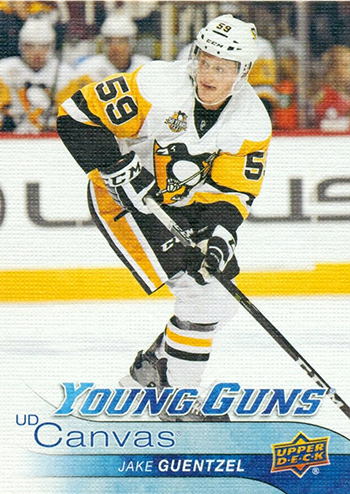 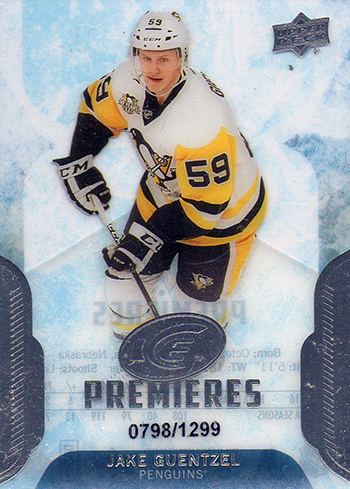 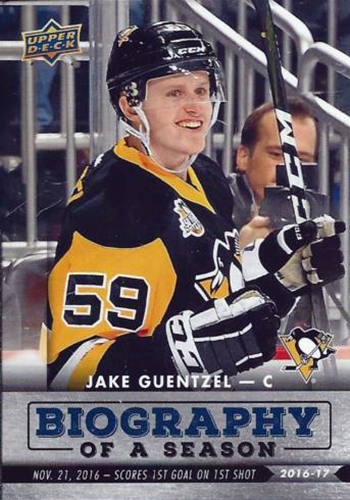 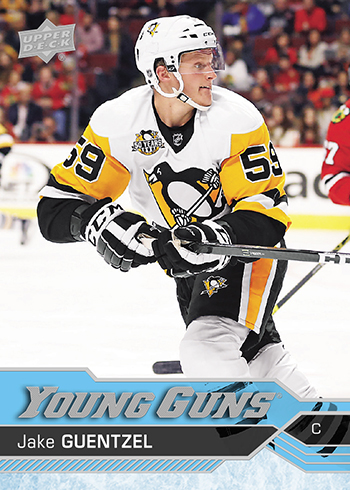 In SP Authentic Guentzel will be a part of the Young Guns Update set. He will also have rare parallels of that card which are featured below. 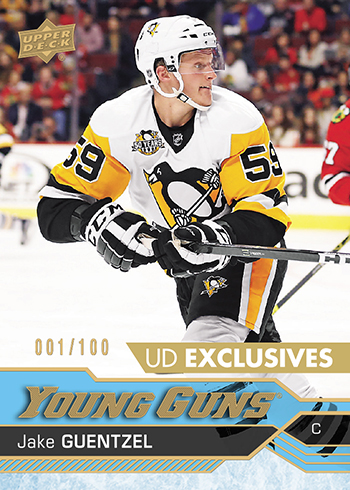 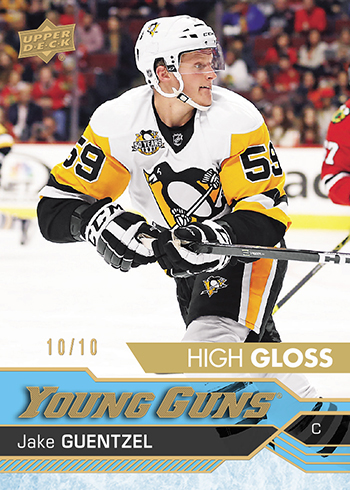 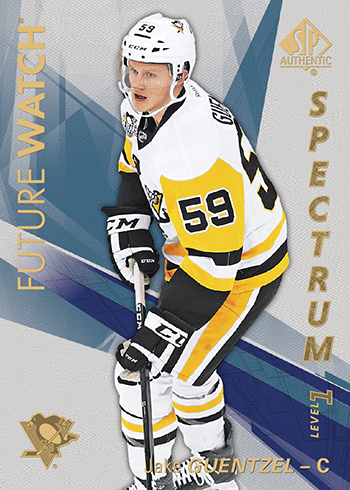 The Spectrum cards in SP Authentic feature a light FX technology that really makes them pop. 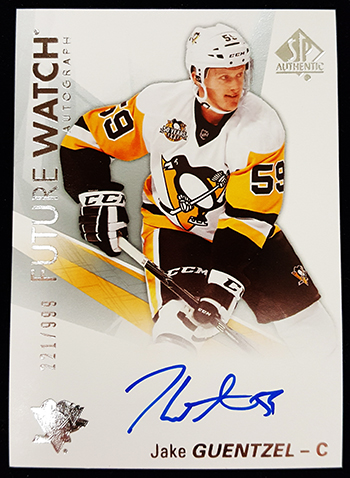 His Future Watch rookie cards in SP Authentic have all been signed and will pack out live in the product. 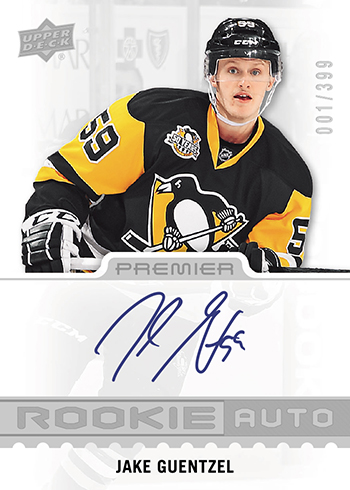 Guentzel will also have autograph cards in 2016-17 Upper Deck Premier! 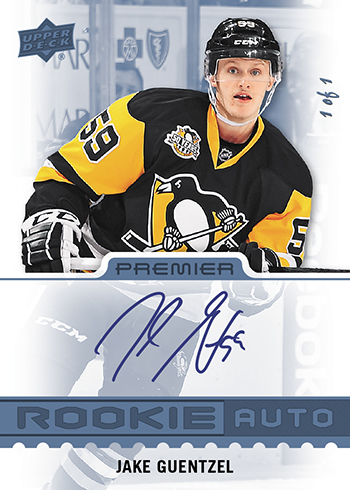 There will be super rare parallel cards too!


16-17 is. Awesome year for hockey cards collector 🙂 can you make a rookie on the radar for a beavillier !!!


I need to chase some of those Young Guns.