In Marvel comics, Onslaught was created from the joint consciousness of Professor X and Magneto, two of the most powerful mutants of all time.

In Vs System® 2PCG®: Legacy he’s not nearly as choosy: 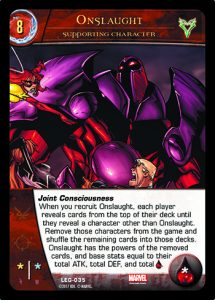 Onslaught’s power triggers when you “recruit” him, which means you’ve paid his recruit cost and announced that you’re recruiting him, but he hasn’t appeared yet. This means that any “appears” powers he’s taken from the characters he’s removed from the game will trigger when he does appear.
For example, let’s say the two characters he removes are: 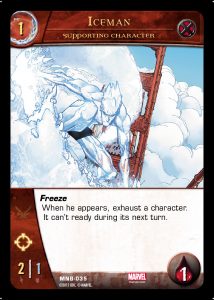 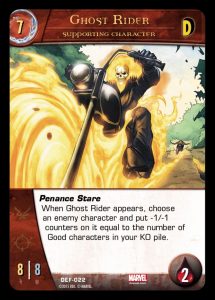 When Onslaught appears, he would trigger Freeze and Penance Stare. And then he’d be a 10/9 with 3 health and

Or how about if he removed: 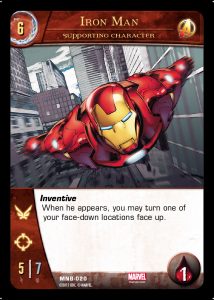 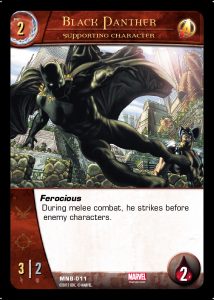 Now when he appears, he’ll trigger Inventive and then he’ll be an 8/9 with 3 health, 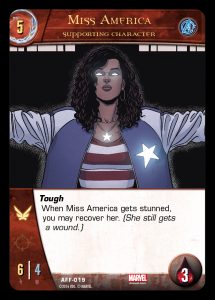 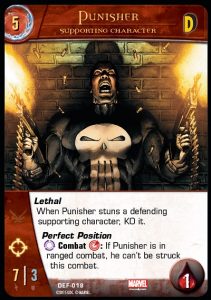 Or how about something sillier: 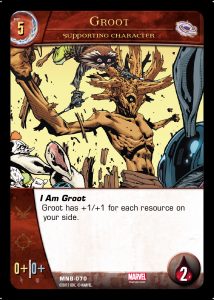 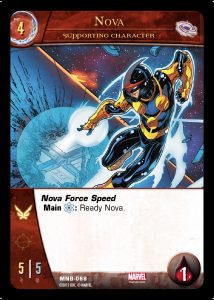 But let’s be honest. This is the dream 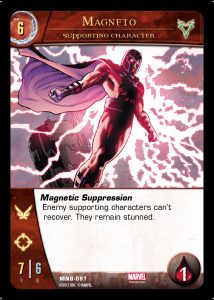 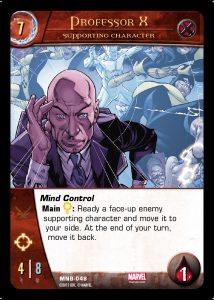 The Onslaught from the comics would be an 11/14 with 2 health,

We hope you have enjoyed today’s Vs System® 2PCG®: Legacy card preview. Tune in next time as we introduce something new that really ramps up the level of difficulty.