At the 2017 NHL® All-Star Skills Competition, Ryan Kesler of the Anaheim Ducks let his six-year-old son Ryker take is spot to face one of the greatest goalies in the game; Carey Price. What happened next was pure magic as young Ryker went five-hole on Carey Price for the goal.

Upper Deck enjoyed the moment so much, we reached out to the Kesler family to see if we could surprise Ryker with some blow-up cards to commemorate the moment and they agreed. 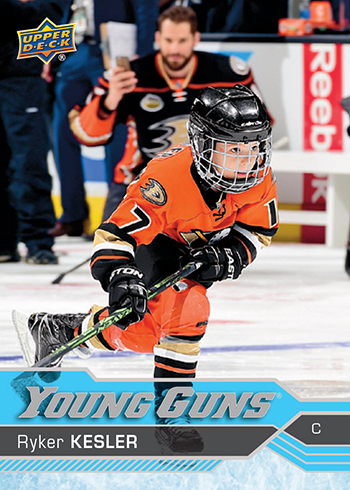 The Upper Deck Young Guns card is cool because it shows Ryker’s dad in the background filming his son. 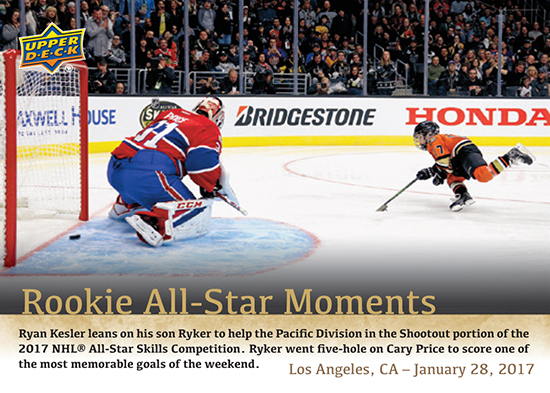 The All-Star Moments card is awesome because it shows the puck sliding between Carey Price’s legs and into the goal.

The Kesler family had them framed and you can tell by Ryker’s smile, he loves them! 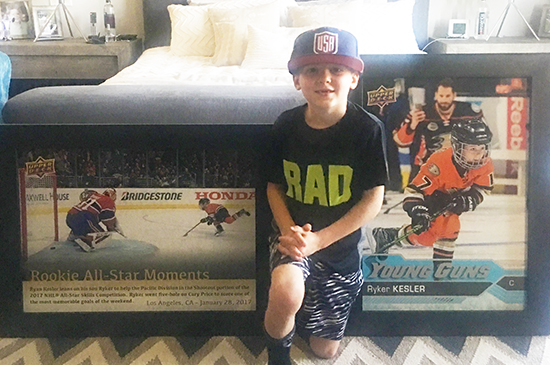 Here’s a youngster with a bright hockey future!