The NHL® Stanley Cup Playoffs Start Today: What Do You Love Most About Playoff Hockey?

It’s that glorious time of year where even casual hockey fans turn to their televisions or head to arenas to take in the spectacle that is NHL® Stanley Cup Playoff hockey. As any hockey fan will tell you, playoff hockey is leaps and bounds more exciting than regular season hockey, as they players put everything they have into games. The faster, more physical style of play in playoff hockey makes it so much fun to watch and in every game you will see a player do something totally incredible. So make sure you are watching! 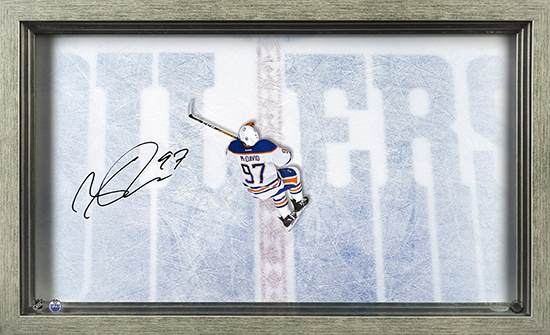 It’s time for the stars to shine for the NHL Stanley Cup Playoffs!

Here are some of the parts of playoff hockey we love:

Goalies Getting Hot – Remember Matt Murray last year? The rookie who came out of nowhere to lead the Pittsburgh Penguins to the Stanley Cup? That happens! Which goalie will get hot to help their teams move on this year? 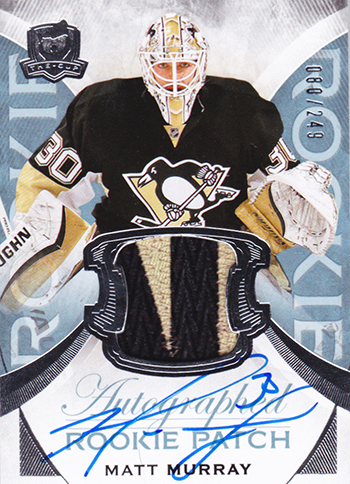 The Hard Hits – To say the playoffs get a little bit more physical is an understatement. Look for many of the NHL’s hardest hitters to steamroll the opposition into the boards during the playoffs. Elusive players will avoid those hits, but some won’t be so lucky. 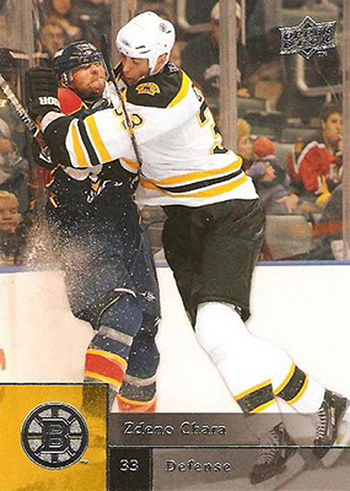 Playoff Beards – No other sport can pull off the pure awesomeness that is the playoff beard. Professional hockey players almost instinctively sprout during the epic postseason tournament in one of sport’s greatest superstitions; don’t shave until you win the Cup! Those who make it to the Stanley Cup Final will have the best ones working for them, like our friend Joe Thornton here from last season. 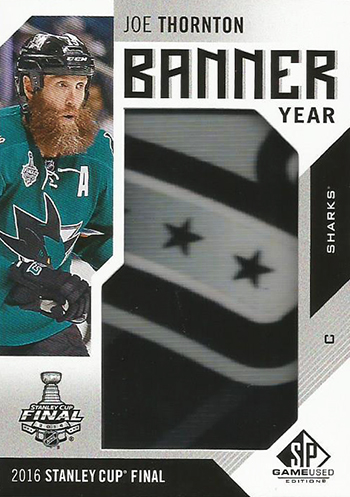 Oh Canada – There are five Canadian teams in the playoffs this season and that has practically everyone in Canada beyond happy. You will never see more passionate fans living and dying with every pass of the puck like you will in Canadian arenas during the playoffs. I mean the Toronto Maple Leafs are in the Playoffs! If they do anything of consequence, trust and believe there will be some newborns named Auston and Mitch ten months from now in Toronto. 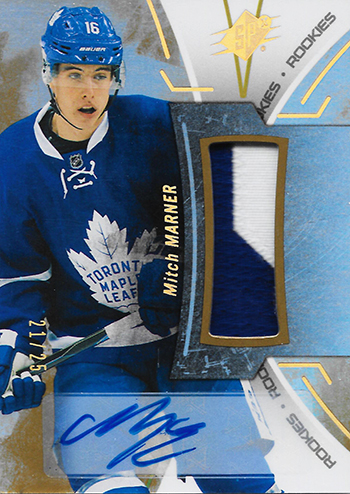 Opening Wax & Watching The Playoffs – Upper Deck released 2016-17 NHL® ICE in stores TODAY to celebrate the start of the playoffs. Grab a box or two to open while you watch the action tonight!

The Fact That Any Team Can Win – In any other sport a number eight seed really doesn’t have a chance to win it all. Hockey is so competitive and evenly matched that literally any team can win the Cup. Just look back to 2012 when the Los Angeles Kings won it all as an #8 seed? Playoff hockey is great because every team has a chance! 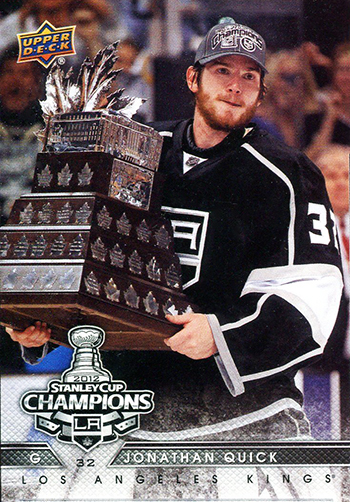 Watching Young Guns Values Soar – When a player creates magic in the Stanley Cup Playoffs to help their team advance and win the Cup, the demand for their collectibles will likely rise. The “must have” NHL® rookie cards are Upper Deck’s Young Guns rookie cards and it’s fun to watch with interest on how these investments can flourish with strong playoff performances. You could have scored Kane & Toews Young Guns rookies pretty easily before they rambled off three Stanley Cup victories. Now a days even one of these cards will set you back at least a c-note. 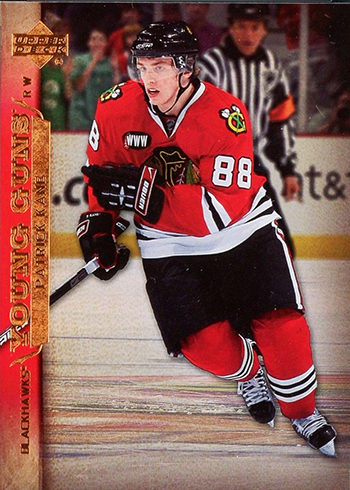 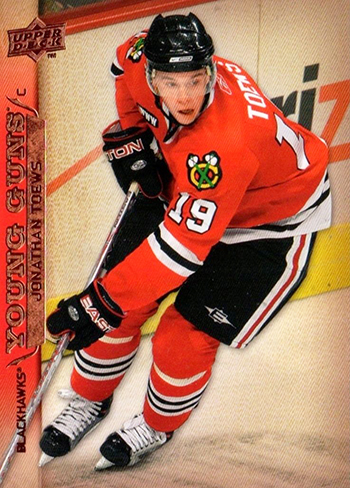 OVERTIME – Nothing is exciting as overtime in playoff hockey. The goalies come to life to make game-saving saves as they are pelted by the opposition while fans sit on pins and needles waiting for their team to light the lamp and end the game! 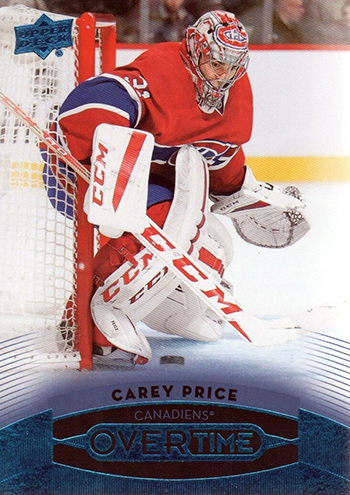 Hoisting The Cup – It’s one of the greatest traditions and moments in sports. There is no greater feeling for an athlete than to be able to hoist the Stanley Cup after winning the Championship. 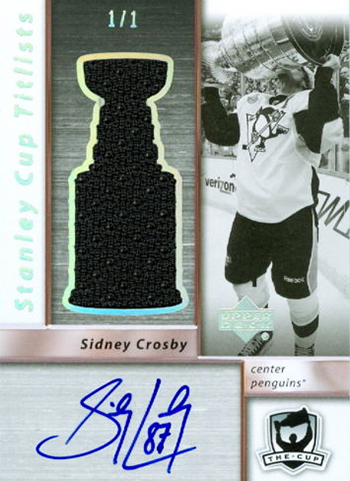 Getting Your Portfolio, MVP and Artifacts Rookie Redemptions – NHLPA rules mandate that Upper Deck cannot include rookie cards into products until the players have skated in an official game. Upper Deck will include rookie exchange cards in some early season products to add value and create interest about who those players may be. We wait until January to finalize those checklists so we have the best late call-ups included with the top picks and they are always completed in early April. It is fun to watch fans react excitedly about redemption mail days on Twitter, Facebook and Instagram during the Stanley Cup Playoffs every year. If you are waiting on any of these, you’ll have them soon! 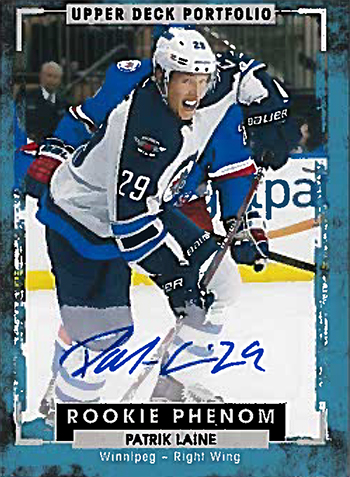 What do you love the most about playoff hockey??? Share with us in the comment section below and you may SCORE an Upper Deck Random Acts of Kindness Mail Day from your playoff team!


What do I love most about playoff hockey? Simple…ALL HOCKEY, ALL THE TIME. Games (mostly) every day..and not just your average game. Playoff intensity brings EVERYTHING up a notch.

The BEST hockey is always playoff hockey. Up to 7 games against the same team causing instant rivalries, escalating tension, and the highest of highs and lowest of lows.


I love how everyone gets along and become best friends during playoffs. Even rivalries joke together during the games and have fun. living rooms full of friends and family all getting into the action. Pre game BBQ’s, picnics, games. Walking home after victorious games, all the people smile and wave to each other. It’s the whole atmosphere of it all. Playoff season one of the best parts of the year, especially this year. My team finally back in it- Edmonton oilers- never faltered as a fan, even when they were down. Everywhere near is all in a buzz, and so lively, being all neighbourly with complete strangers.


There is nothing better than the last 2 minutes of a 1 goal game during the Playoffs. You can feel the anxiety and excitement through the television. The announcers are much more animated and the fans are electric. It is such a sense of relief when your team hangs on, but those few minutes will leave you exhausted.


The thing I love is that after 10 LONG YEARS my home team the Edmonton Oilers, are finally back in the playoffs!!! Hopes are very high in the city. The buzz is electric. We are all in our orange jerseys and ready to Crush Em! Playoff tickets are super hard to get here but it was just announced that fans can go to Rogers Place on Sunday to watch our team for only $5! I will be going for sure. It is a very special time right now. Connor is ready, the team is ready, the entire city is ready. Let’s go OILERS!!!!!


The best feeling is knowing my 11yr old is into the love of hockey with me. Were huge Oilers fans who are stuck in Winnipeg Sharing our love of our team! But whats even better is seeing more n more Oilers support out here in Winnipeg for my team whos making there Playoff appearance in over 10 years!!!! And as im typing this KLEFBOM POTS ONE 1-0 OILERS OMG GO OILERS GO!!!
With playoffs now My lil guy has been saveing all his allowance every time he gets it to bug his mom ( Who dont see/feel the love we have for Hockey Cards ) to goto Superstars n buy @Upperdeck stuff pre Oilers playoff game. Me i sneak a pack or 3 for my boy when i goto Tim’s to get a coffee which Superstars is right next to Tims Lol. I wish she liked what me n my Son loves to do but Cheers for the Oilers which makes me n him very happy.
GO OILERS GO


I love the fact that playoff hockey can bring families and friends together. But at the same time have an all out war of words that is forgotten the next morning. Lol. And the fact that THE LEAFS ARE IN THE PLAYOFFS!! YEAH BABY!

The intensity, the sudden death, the hits, the breakaways, everything gets magnified in the tournament. There is no better postseason that the chase for the Cup!