The Upper Deck team recently had the opportunity to spend four days at the 2017 NHL® All-Star Fan Fair in Los Angeles, California. The Fan Fair is the immersive fan experience for all those who love the game of hockey with a variety of interactive games and activities. Upper Deck’s presence was quite impressive as the company had a huge booth, amazing hockey signed hockey memorabilia on display and a variety of fun activities for those in attendance. 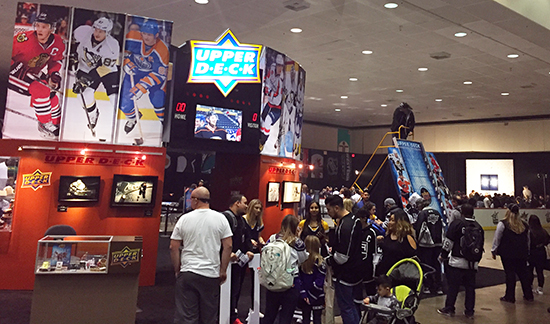 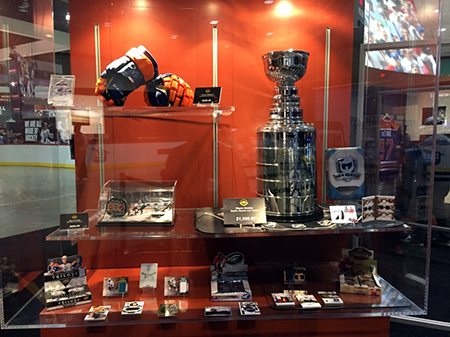 Before the fun even started, Upper Deck went live with Go GTS Live from the signing suite at the event where the company broke a variety of products and interviewed Upper Deck Talent Acquisitions staff. 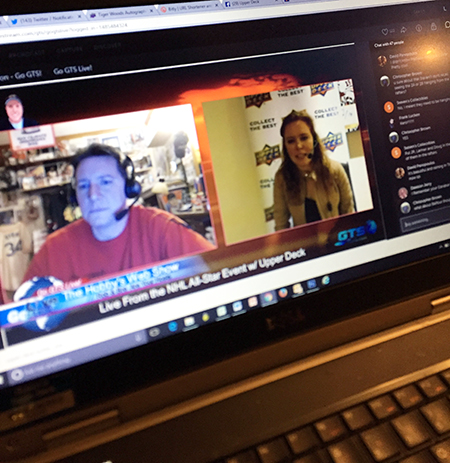 A variety of legendary players stopped by the Upper Deck signing suite during the weekend to sign cards for new hockey releases like Hockey Hall of Famer Grant Fuhr. 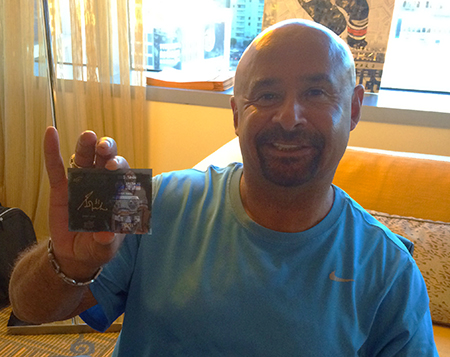 Upper Deck partnered with three local card shops in Jaspy’s Hobbyland, KT Authentics and The Bullpen to run the company’s wrapper redemption programs. Fans who purchased select product could get personalized trading cards made of themselves or play Upper Deck’s Puck-O game. These retailers were busy as there were impressive lines for UD’s activities throughout the show! 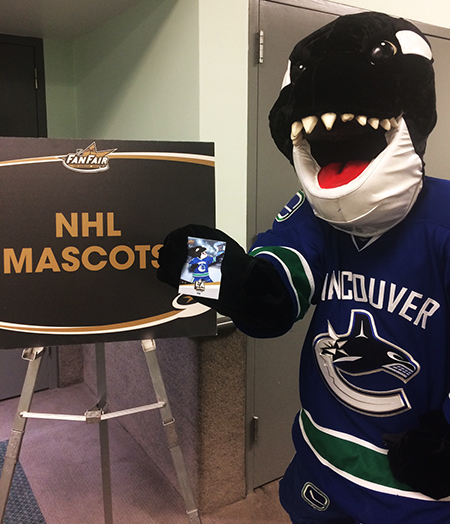 So did popular NHL mascots like Fin the Whale! 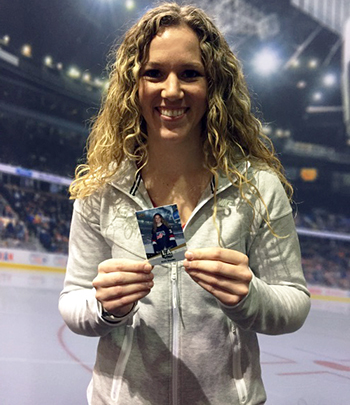 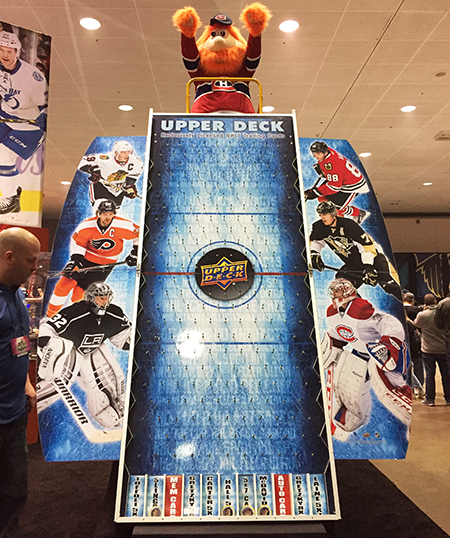 While all collectors are fans of the NHL®, not every NHL® fan is a collector so Upper Deck went all out to share how to collect on the go with the company’s e-Pack platform. That’s right, now you can open packs from your computer, tablet or phone and trade with collectors around the world at www.UpperDeckePack.com. Unlike other apps or online experiences, many of the cards you see on Upper Deck e-Pack™ are REAL physical cards and for a nominal fee you can actually have them shipped to you. In fact the images shown on Upper Deck e-Pack™ of special insert autograph or memorabilia cards are actual scans of the card in your collection. 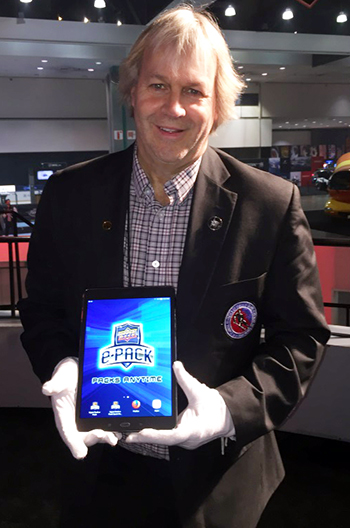 Upper Deck e-Pack got the white gloves treatment from the Keeper of the Cup; Phil Pritchard!

Upper Deck had a variety of fun activities around e-Pack at the Fan Fair to engage fans with the e-Pack platform. Upper Deck hit the streets venturing all throughout the All-Star Fan Fair with a team of e-Pack experts who showed off the fun of the platform to fans and signed many of them up. 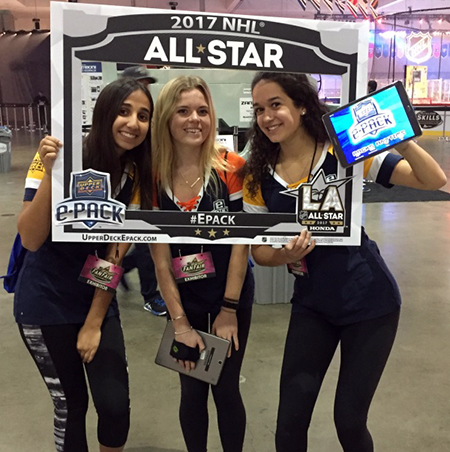 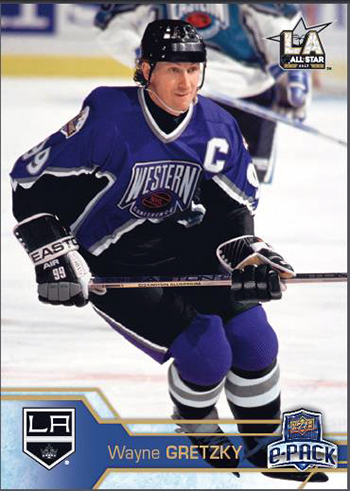 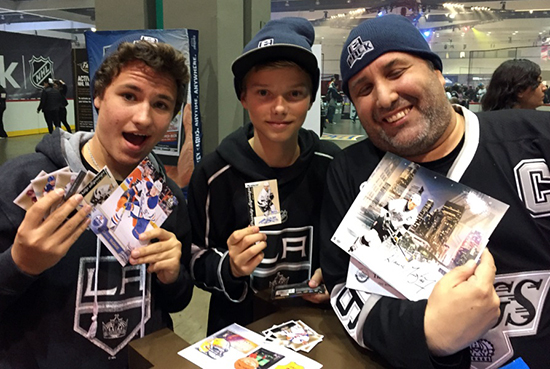 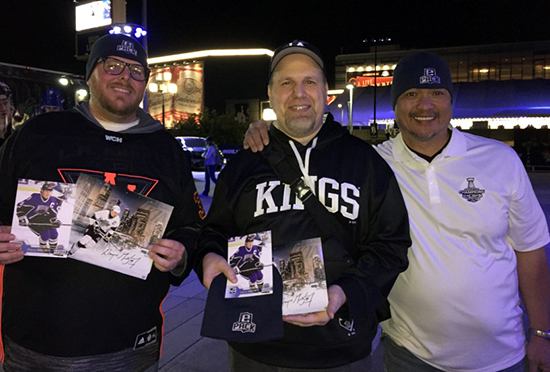 We also created a fun photo opp for fans on the go with NHL® All-Star trading card frames that fans could use to make a creative souvenir and share the moment on social media with the #ePack hashtag. 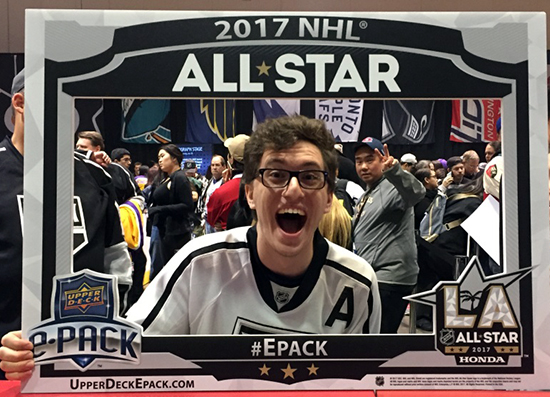 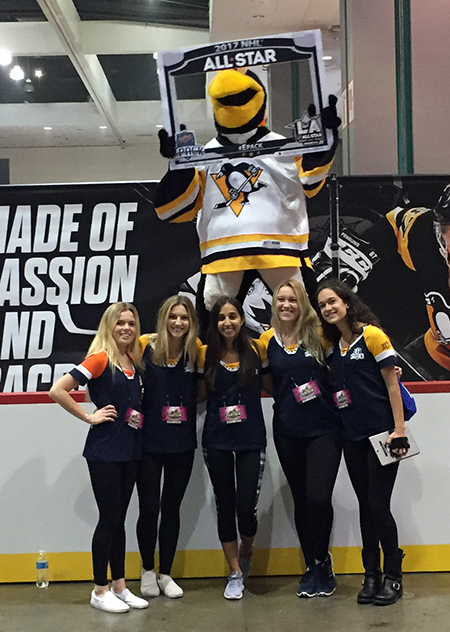 Fans who already had an Upper Deck e-Pack™ account were treated to some additional surprise goodies for sharing their collections with us. It was great to see so many active collectors and fans of the platform at during All-Star weekend. 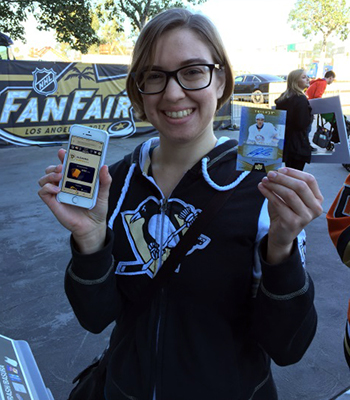 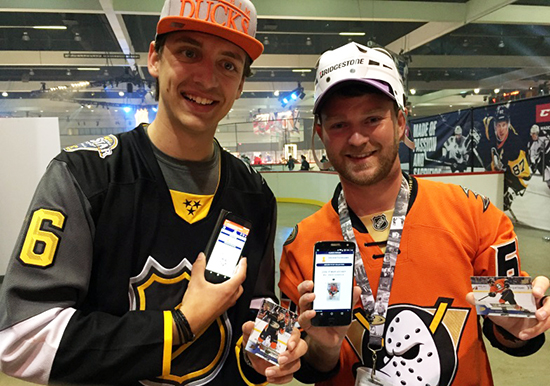 Upper Deck also sponsored a free autograph signing with New Jersey Devil and All-Star Taylor Hall. He signed an oversized All-Star e-Pack card for fans in attendance and even took e-Pack for a spin himself! 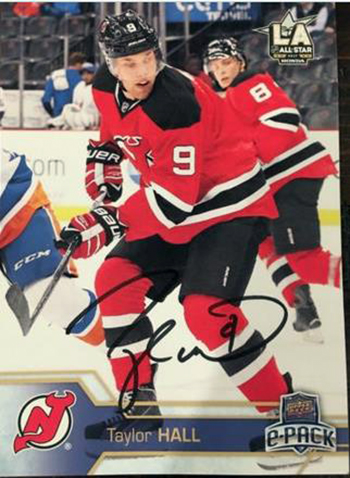 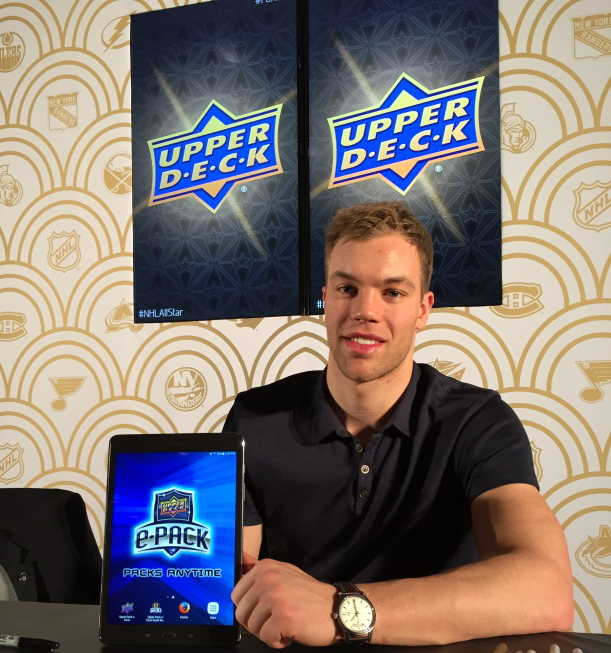 We timed the release of 2016-17 Upper Deck NHL® Series One to debut the day before the All-Star festivities to provide fans with an exciting new product to collect on the platform. This marked the one-year anniversary of the e-Pack platform making its debut! To help celebrate, Upper Deck shared this fun video of Mathew Barzal interacting with e-Pack.

There were a variety of other memorable moments throughout the weekend were fans had a great time with e-Pack. Thanks to all those who came out and continue to be active members of the e-Pack community! 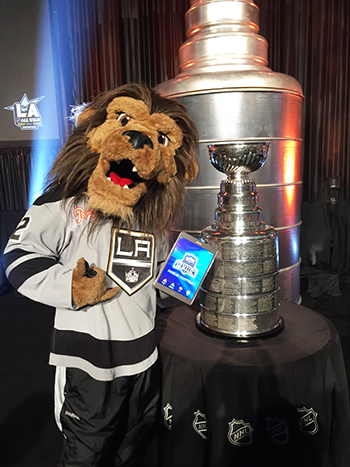