Welcome to an alternative Marvel Universe set in the dark gritty world of hard-knuckled detectives. It’s a grim take on the Roaring Twenties and Depression Thirties with tangled mysteries, flawed Heroes, corruption, betrayal, and moral grey areas. It’s a world immortalized by the Classic Marvel comic series that recasts their Heroes as unique Noir versions. Welcome to Legendary®: Marvel Noir.

In a world of Noir, conspiracies are hard to unravel, betrayal is commonplace, and it’s hard to determine who the real villains are. 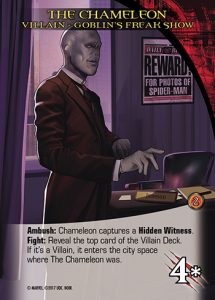 During a player’s turn they may spend 2 Recruit points to rescue a Hidden Witness any number of times and put it into their Victory Pile. Players can pay to rescue Hidden Witnesses even if they’re not going to fight the Villain that turn. They can also rescue just some of the Hidden Witnesses and leave the others for later. 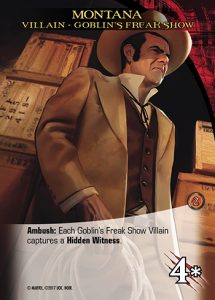 Hidden Witnesses still count as Bystanders. When you rescue one, you get any special “When you rescue this Bystander…” effect written on it. It stays in your Victory Pile as a normal, face-up Bystander. 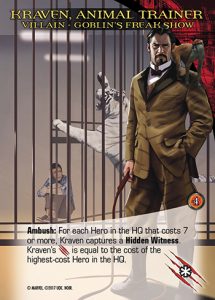 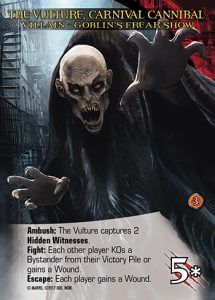 If a special ability lets you “Defeat a Villain for free,” (i.e. Black Widows’ Silent Sniper) you automatically rescue all of the Hidden Witnesses on it without paying the Recruit cost.

Masterminds and Schemes can also have Hidden Witnesses on them too. These work the same way. 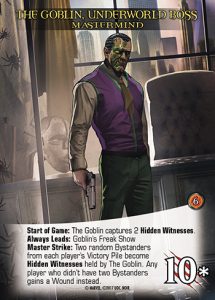 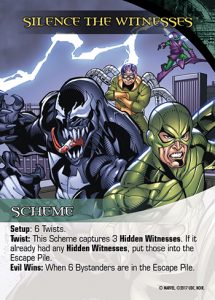 If you missed any of our other card previews, click below to be taken to them.


Since Dark City Bystanders are added to a Villain face down. This rule has not changed.
So how can you distinct which face down card is a Bystander or a Hidden Witness?
There are no face up Bystanders anymore as you suggest.