UPPER DECK GETS ORIGINAL IN 2017

For the last few years Upper Deck games have been known for their integration of the biggest pop culture licenses in the world. In 2017 we will be taking a giant leap into the world of Original IPs (Intellectual Properties). These games will take on a more basic theme like animals or dungeons and add exciting mechanics and gameplay from some of the greatest game designers. Here is a taste of what is to come. 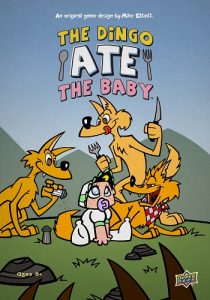 The Dingo Ate the Baby™ – Designed by Mike Elliott

The Dingo Ate the Baby™ is a fast paced game where the goal each day is to collect enough cards in your ranch in an attempt to reach the total value needed for that day, without going over. This seems simple enough, but other players will attempt to sabotage your ranch using animals, babies, sunlight and darkness to scare, chase, overpopulate and even eat things within your ranch. 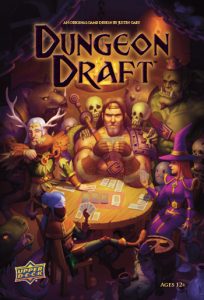 Over the course of multiple rounds, players will draft heroes and weapons and use them to defeat monsters and complete quests in an effort to earn the most victory points. Like with any good drafting game the choice between helping yourself or hindering an opponent is always in play. 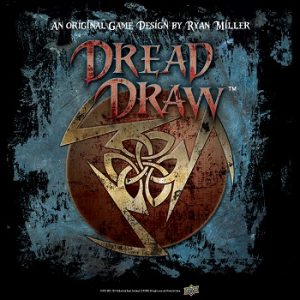 Dread Draw™ is a strategy card game of press your luck competitive fortune telling. The game pits players against each other trying to summon cards. As play escalates, players run the risk of elimination. Will you be the last one standing? Will fortune smile on you? 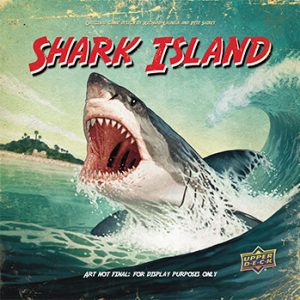 Shark Island™ is a semi-coop game that pits up to 4 Shark Hunter players against a monstrous Shark player working to terrorize the island. The Hunters must to work together to maximize their skills by searching the surrounding waters, locate, and ultimatly kill the Shark before it can bring more terror to the island. A mixture of deduction and dynamic combat brings a high level of action that recreates those great scenes of terror and heroics so thrilling in books and movies about the classic battles between man and beast. 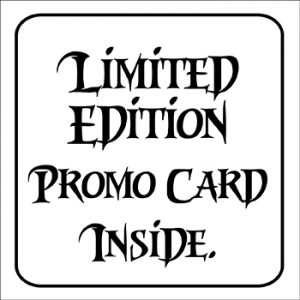 One major addition to our games is the introduction of the First Printing Promo cards. Every game we release in 2017 will contain a First Printing Promo card. This includes not only our unlicensed games above, but also our licensed ones as well. These cards can be anything from alternate art versions of existing cards, or cards containing new abilities or effects. With these cards appearing in only the first printing of each game, it’s best to pick up your copy early so you don’t miss out.

Make sure to sign up for updates on our blog as well as Like us on Facebook and Twitter so you can stay up to date on all of the exciting new games coming from out from Upper Deck.