The 2015-16 NHL® trading card season was a busy one with Upper Deck where the trading card giant conducted signing sessions with top rookies throughout the course of the year. During these sessions athletes are not always able to finish signing all the cards in one sitting, and such was the case with the 2015-16 NHL® Honorable Numbers Connor McDavid cards.

Upper Deck received the cards back signed by McDavid in two waves. The first were hand numbered 01/97-34/97 and 97/97. The second grouping of cards came in late and missed getting hand numbered before packing out. Customers holding these cards without the numbering can submit them to Upper Deck to be renumbered 35-96 accordingly. Upper Deck will log the customer’s information and new card number in our records for cards sent in. Additionally, Upper Deck will include some complimentary sealed NHL® product to assist with shipping and the inconvenience when the numbered card is returned. 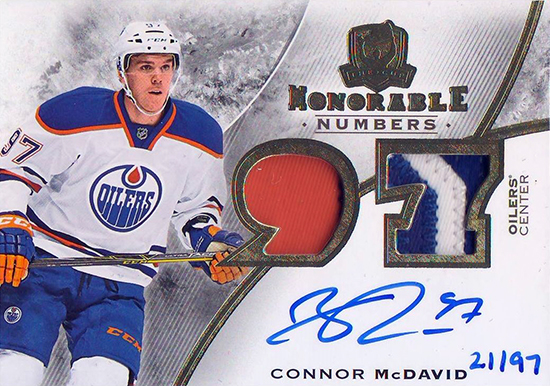 This card is part of the group of 50 cards that were received back first and numbered correctly. 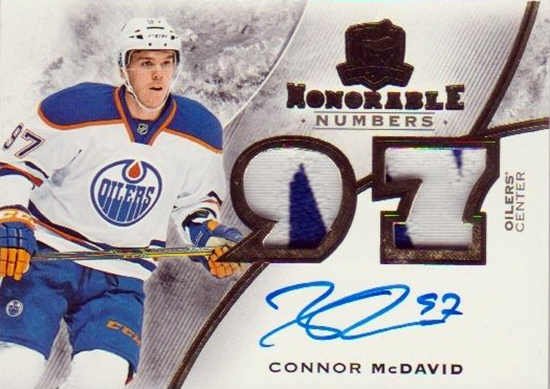 This card is part of the group of 47 cards that was not numbered. Collectors in possession of these cards can send them back to Upper Deck to be numbered as part of the set.