They were the first two picks in the 1997 NHL® Entry Draft. The Boston Bruins took Joe Thornton with the first overall pick and the San Jose Sharks took Patrick Marleau immediately afterwards with the second pick.

Now they’re teammates on the West coast. Each is in his 19th NHL® season after leading the Sharks to their first Stanley Cup Final appearance last season. The Sharks fell to the Pittsburgh Penguins in six games. They remain the only one of the three California NHL® franchises still seeking their first Cup win.

With their eyes on another trip to the Final, each is closing in on a magical number.

Thornton is looking to join a much more exclusive club. He needs just eight assists (as of Jan. 27) to become the 13th player in league history to reach the 1,000 assist mark.

Each has Upper Deck rookie cards in the 1996-97 issues. Thornton has three, while Marleau has two cards of that vintage. 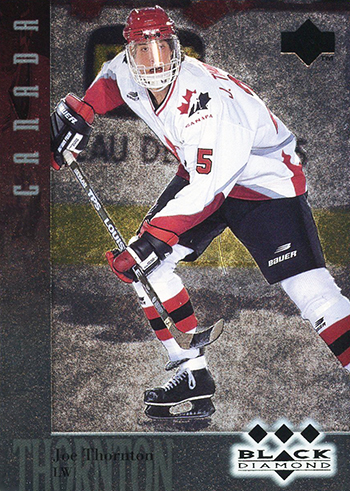 The prize seems is Thornton’s Upper Deck Black Diamond No. 160. PSA 10 versions of the card sold for $898 and $740 in recent eBay auctions. Thornton’s 96-97 UD Program of Excellence No. 370 is more abundant with PSA 10 versions selling for from $15 to $33. Jumbo Joe’s UD ICE No. 116 grading at 96 from SGC sold for $25. That card shows Thornton with his World Junior Championships gold medal celebrating with Team Canada teammates.  Ungraded that card goes for only a few dollars. 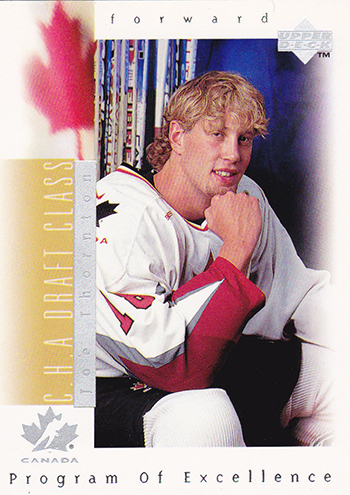 Look at those golden locks! 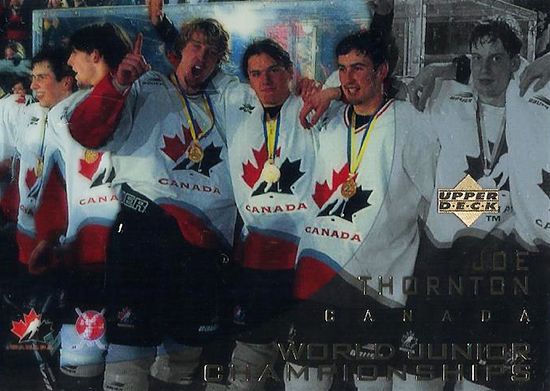 Marleau has two Upper Deck rookie cards from the 1996-97 issues. 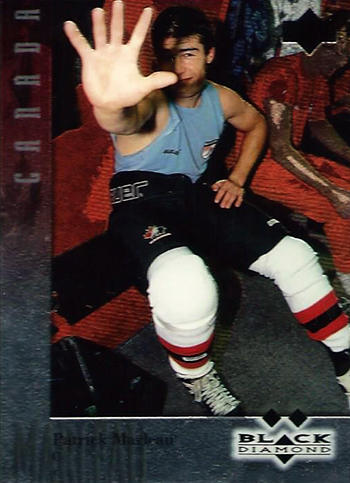 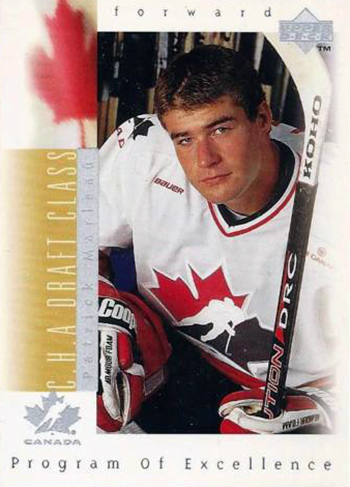 Once these two legends reach new individual and potentially team heights, who knows where their rookie card values will end up at.