Being a goalie in hockey is one of the most difficult jobs as you are pelted with the puck from all different directions and when it is all said and done you will either be a hero or the goat. For young Adam Kingsmill, he dreamed of being a goalie, but after losing his leg in a lawnmower accident at the age of two, it seemed like a dream is all it would ever be.

Kingsmill struggled a bit with a prosthetic leg, then he learned to skate with it and eventually he learned to play goalie with it. Today Kingsmill plays with the Smithers Storm and continues to develop his love and passion for the sport. When Upper Deck heard Kingsmill’s story, we were all incredibly inspired and felt a need to give him the best honor we can by creating an Upper Deck Young Guns rookie card for Adam Kingsmill. 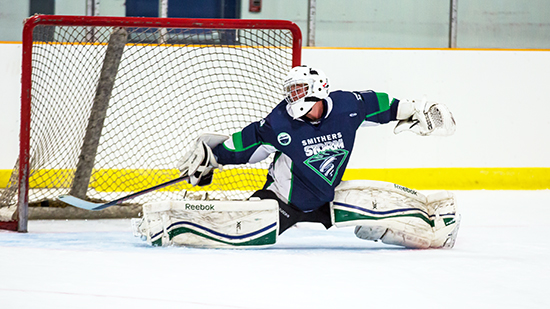 Kingsmill’s hard work and determination in learning to play goalie given the need for a prosthetic, make him an inspiration to all!

We worked in secret with his parents, frequently going back and forth as to what would look best and how to surprise him with the card. Bobbie Kingsmill (Adam’s mother) wondered if we might be able to get the Vancouver Canucks involved as Adam was coached by one of their players Dan Hamhuis. The Vancouver Canucks were thrilled to help honor Adam on November 13, making Adam the Hammer’s Hero of the game! And then the Canucks helped surprise him with his very own Upper Deck Young Guns rookie card. 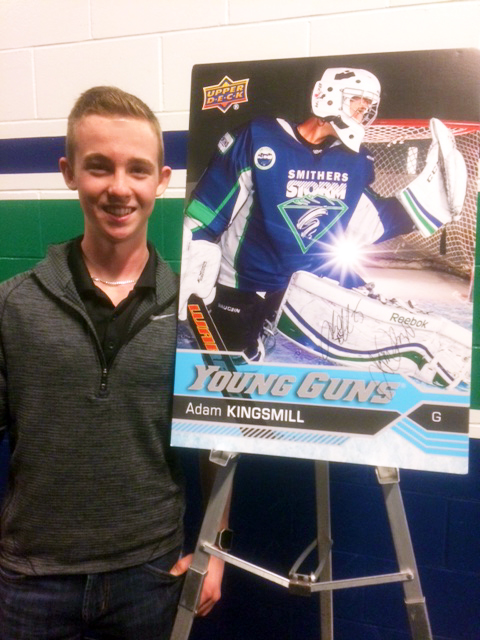 Last but not least, the Canucks for Kids Fund helped surprise him with a visit from Ryan Miller and Jacob Markstrom. Both goalies shared they had a great time meeting Adam and visiting with him. They even signed his Upper Deck card! 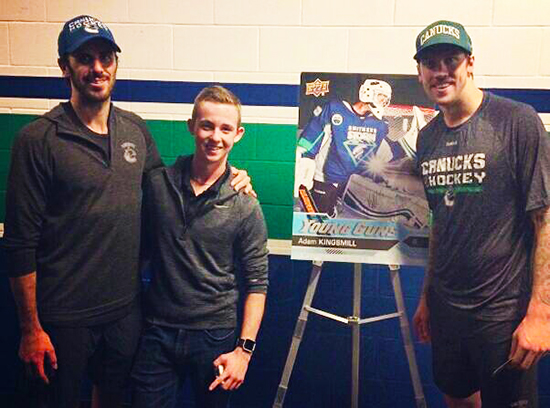 Surprise Kingsmill they did. After the event, Adam’s mother shared, “Adam was thrilled beyond belief and boy was he surprised! I’ve never seen his face go so red before!” 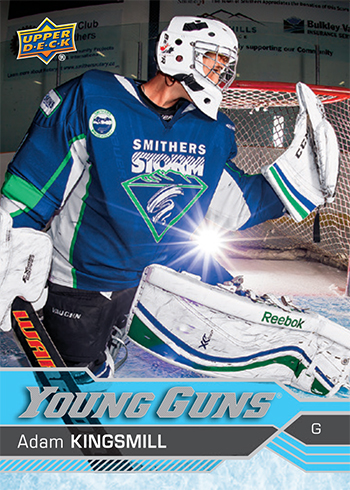 Upper Deck shared several hundred of the cards with the family and together they are looking at ways they can distribute them together to help serve as inspiration to others struggling with amputation.

Thank you Adam for your courage, determination and inspiration!


What a great story! What an inspiration Adam will be to so many.