Welcome to the first preview of the new expansion for Legendary® Encounters: An Alien™ Deck Building Game. Over the next few weeks we will delve into new stories, new mechanics, and a whole new mode of play, but today we’re going to start off with some old favorites. Specifically, here are some characters that we didn’t have room to include in the Core set.

Here’s good old Engineer Brett with a new take on the Coordinate mechanic. 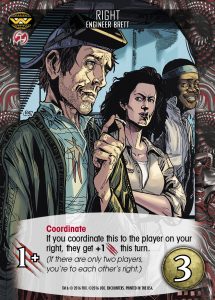 For the first time Dual Class Character cards are introduced into Legendary® Encounters. 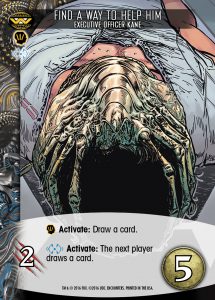 Each of the four films gains two new characters, and each of those characters has an “uncommon” card that counts as two classes and has two different class abilities. (Yes, if you play two copies of Find a Way to Help Him, both abilities on the second copy will trigger.)

If you’ve played enough of the base game, you’re aware that things can get pretty desperate. Fortunately, there are some new cards designed to help you out in those situations. 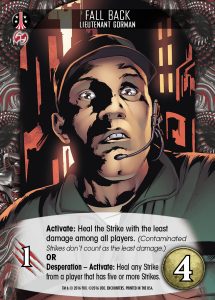 The Desperation keyword lets you know that the card has two modes: one regular effect and a more powerful or flexible effect if things are going badly in a specific way (defined by each Desperation card).

In addition to two new characters for each film, this set includes a “greatest hits” Ripley. This 14 card playable character version of Ellen Ripley has one new card for each movie that references a keyword or other mechanic from the base set. 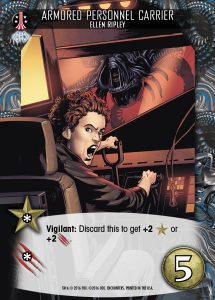 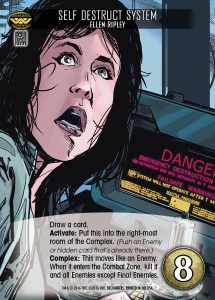 We hope you enjoyed today’s preview. Tune in next time for a look at the two new Hives.  The Legendary® Encounters: An Alien™ Deck Building Game Expansion hatches in stores this December 7th and is available for pre-order now at your favorite local gaming store.


Most interesting – must buy…..


They are strikes with the word ‘Contaminated’ in the title. These are also ones with a red damage number and text that says they cannot be healed.