The Legendary® Encounters: An Alien™ Deck Building Game Expansion includes two all new Hives with stories created exclusively for this game. Each has a Location, three Objectives, and three Hive mini-decks. You can play them by themselves or mix and match them along with the original Hives.

Today we’ll take a look at the first one: Alien Incursion

“You want a new revenue stream? Take a barren rock in one of the heavy pop sectors, give it the shake and back, but don’t colonize. Fill it with animals from every planet in known space and give it a cutesy name like ‘Ultra-Zoo’ or something.”

The first Hive takes place at the Aviary, a zoo habitat for winged creatures.

Some of the normally docile animals have been acting strange. 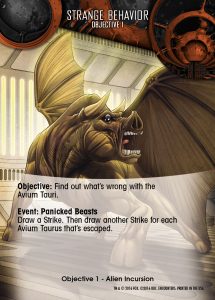 Your orders are to put your team together and investigate. 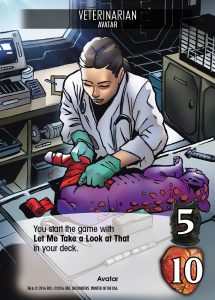 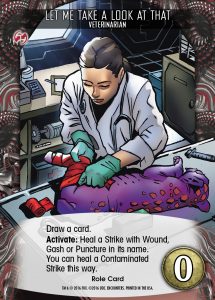 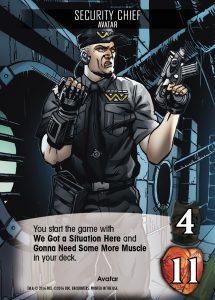 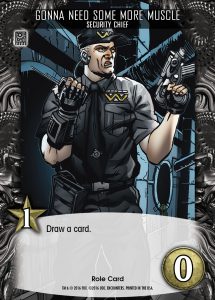 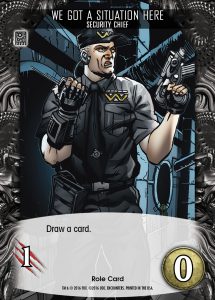 Once inside the habitat you come across dead animals with mysterious holes punched out through their chest cavities. That’s when things start going wrong and then this thing shows up: 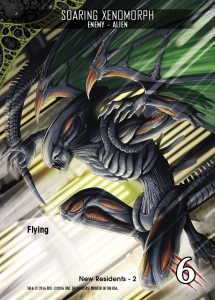 This Hive introduces the Flying mechanic to Legendary® Encounters. It works like this:

There are now five Air Spaces, one above each room of the Complex. When an enemy with Flying is revealed in the Complex, slide it up off the playmat so that it’s “in the air” above that space of the Complex. 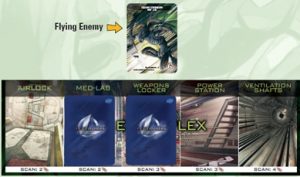 At the start of each Hive phase, before you add a new Hive card to the Complex, each enemy in the air simultaneously moves one air space to the left. If an enemy is above the Airlock when it moves, it drops down into the Combat Zone. (The Flying keyword doesn’t do anything once in the Combat Zone.)

Unless otherwise noted, you can fight an Enemy in the air the same way you fight any other enemy.

And of course some enemies have additional powers while they’re in the air: 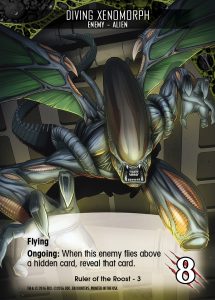 So what happens next in the story? Will you stumble into an Egg Cluster? Will you manage to open (and shut) the Emergency Door? Will you rescue Steve the tour guide?

We hope you enjoyed today’s preview. Tune in next time for a look at what happens when you try to improve upon a perfect organism. The Legendary® Encounters: An Alien™ Deck Building Game Expansion hatches in stores this December 7th and is available for pre-order now at your favorite local gaming store.


Our products hit Amazon about 2 weeks after release. Check out one of your local gaming stores, they should be able to help you.


So when Hazard 3 gets activated, does recruiting characters gain you extra time(as they won’t replenish until the start of the turn)? Or do you actually have five turns until the game ends?


Anytime a card is recruited from the HQ it is immediately replaced from the barracks deck.


That’s not true for this scenario. Buying cards does earn you more time and they are not replaced as usual – only on the next turn.