While Upper Deck’s full 2016-17 NHL® trading card release schedule is kept confidential, the company felt it was important to come out before the season begins to fully disclose hockey trading card releases that will be available on the company’s e-Pack platform. For these releases, a portion of the product will exist in physical hobby form with exclusive content in many of those products, but a portion of the run will be allocated for use on Upper Deck e-Pack™: 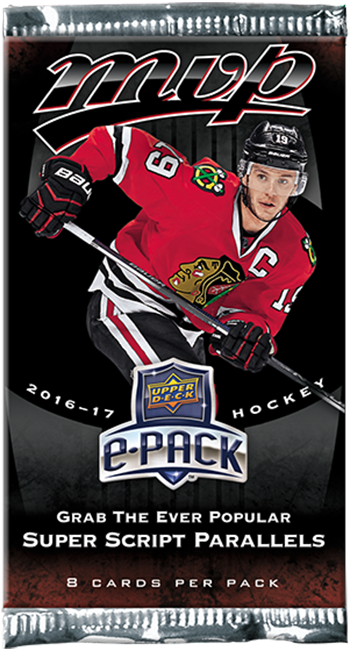 There will be at least one new brand that debuts this season as an Upper Deck e-Pack™ exclusive, similar to what we saw with 2015-16 NHL® Fusion last year. A dozen hockey releases will remain exclusive to the physical hobby realm and a larger percentage of the products above will primarily exist in the physical hobby form. Products that post on Upper Deck e-Pack are limited and are subject to sell outs as we have seen already with 2015-16 NHL® Upper Deck Series One. Promotional hockey sets like National Hockey Card Day packs, Stanley Cup Champions sets, World Cup of Hockey packs, the NHL Draft packs, etc. will remain exclusive to hobby shops in the physical form as well.

There will continue to be a lag time between when the product releases at hobby until when you see it release on e-Pack. This is designed to give hobby shop partners the first opportunity to sell the releases before the product opens up on e-Pack. The calendar of releases allows the e-Pack community to enjoy more diversity in releases on the platform while protecting the sovereignty of hobby favorite brands like SP Authentic, Upper Deck Premier and The Cup. 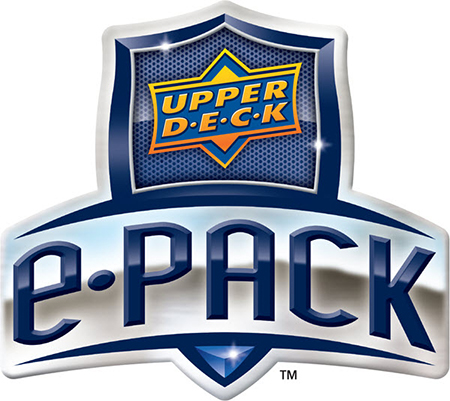 Achievement programs on e-Pack will offer a variety of compelling exclusive cards as well and those will be shared when these products release on the e-Pack platform.

Lastly, Upper Deck is planning to bring some of the fundamental learnings the company has found from collector behavior on the e-Pack platform to our network of Certified Diamond Dealers, Authorized Internet Retailers and Authorized Group Breakers. In the coming weeks Upper Deck will begin to release details on an incredible program to encourage customers to get back to the basics with regard to how they collect that will be run through our hobby partners, with the long-term goal of improving the conditions of the secondary market for hockey cards.

*Clear Cut parallels ARE NOT to be confused with the Acetate Young Guns cards traditionally inserted as a surprise in Upper Deck Series Two.

For e-Pack only products we are currently still building up the product line. The blog details the product lines that are planned to be sold in both the e-Pack and store platforms. Stay tuned for future product news.


Sorry it should say hockey cards


Cant you just buy a complete set of 16-17 NHL cards like you can with Baseball??? That’s all I’m looking for


When will UD series one be on epack?