For over 25 years The Upper Deck Company has been in the forefront of quality and innovation. We are proud to maintain an award winning portfolio of gaming and entertainment products that contain some of the industry’s best original works of art. We are excited to share exclusive interviews with some of our top sketch card artists bringing a look at the amazing people behind these amazing works. This is the Upper Deck Artist Spotlight Series. 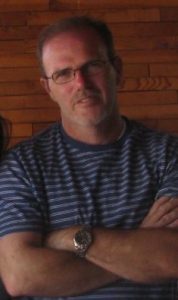 Today we want to shine the spotlight on artist Mitch Ballard. He has worked on a multitude of projects with Upper Deck, including the recently released Marvel Masterpieces. Recently we were able to sit down with Mitch to talk about his journey to becoming an artist, his inspiration for his artwork and what fans can expect from him next! 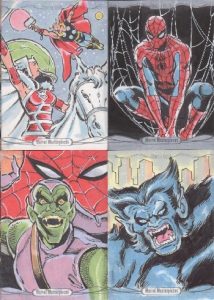 Upper Deck: Who inspired you to become an artist?

Mitch Ballard: Marshall Rogers was my very first artistic inspiration. Then some guy named George Perez came along and I wanted to draw just like him.

Upper Deck: Who helped you from either an inspirational or educational standpoint to become the artists you are today? 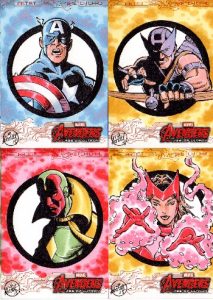 Upper Deck: What do you enjoy most about drawing Marvel characters?

Mitch Ballard: Who doesn’t like to draw Marvel Super Heroes?! For me it’s being able to give each character its own distinctive look and there is arguably no other comic’s universe of characters that give you that kind of exciting diversity. 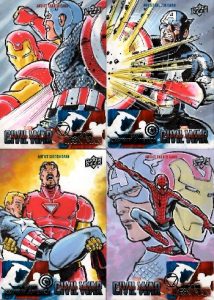 Upper Deck: You also have a long history of working with Upper Deck. What are some of your favorite projects you have worked on and favorite Marvel characters you illustrate? Also, there are quite a few projects coming down the pike for Upper Deck you have created content for. Which projects are you most excited about and what do you think Marvel fans will enjoy seeing from you?

Mitch Ballard: The first project I drew for Upper Deck was the 2014 Marvel Premier set with the multiple gatefold cards. There’s a lot of creativity and visuals that can be produced with that particular set. Some of my other favorite sets would be the Captain America: Civil War, Avengers: Age of Ultron and the yet to be released Doctor Strange set that I recently turned in. The one I’m most excited about is a NEW set that I just signed up for that brings me back to the gatefold cards. With every set I think my art gets better and there are a lot of ways to improve and put out some really cool stuff on this set for Marvel fans.

Upper Deck: What tips do you have for those youngsters looking to become professional artists?

Mitch Ballard: DRAW EVERY DAY!!! Never give up and always look for and practice ways to make yourself a better artist.

For more information on the artwork of Mitch Ballard, please check out the following links:

WTG Baby Brother!!!! Wish Mamma was here to see this, you know she was your biggest fan besides me!!!! I Love You and am very Proud of You!

Keep up the good work!! I just pulled your 4 panel sketch shown above out of a box of 2014 marvel premier this past Friday. So awesome! Absolutely love it!
Keep those bad boys comin…