Assassin. Mercenary. Royal pain in the rear. Deadpool came into our lives like a gut punch at a wedding. A character with incredible skills in fighting and weapons that are only matched by his ability to annoy everyone. The ‘Merc with the Mouth’ brings a different point of view to the standard Hero vs Villain fights that comic book fans are familiar with and it would only be fitting for the Legendary® expansion bearing his name to warp the game in his own way. 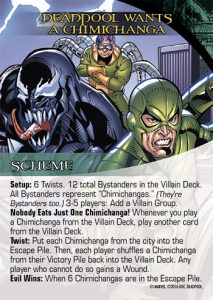 Legendary®: Deadpool contains cards that use Deadpool’s characteristics like his ability to shatter the 4th wall and can change effects depending on who is playing. 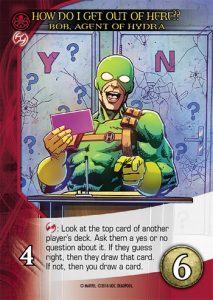 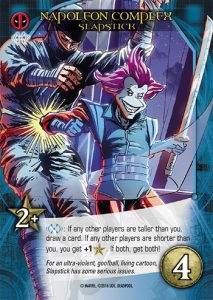 I know, some of you are asking ‘But what about solo?’ There is plenty of Solo in this set. He’s one of the heroes. Have you not been playing attention? 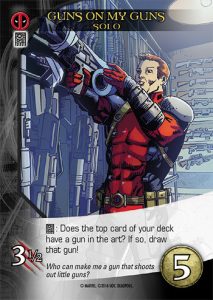 And what Deadpool set would be complete without an appearance by a Wolverine. Seriously what are we up to? Do we have 12 yet? 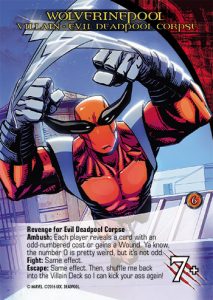 What is it with Deadpool’s obsession with this Australian…er…Canadian superhero?