Twenty years ago, Ben was a pretty big collector specializing in baseball. As a teenager, he lost interest in cards in favor of cars. His cards went into storage at his parent’s house and Ben simply moved on.

Then, while visiting his father in Virginia recently, a friend shared he needed to get some things for his son, so Ben tagged along to Cavalier Cards with him.

“Upper Deck was always the premier cards when I was collecting, plus I’m a huge Capitals fan, so I thought I’d try some of the new packs,” Ben shared. “Before opening, the shop owner said as a joke, ‘make sure to pull a McDavid autograph.’ I’ve always had pretty good luck on packs. And in the first pack I opened, I pulled one.” 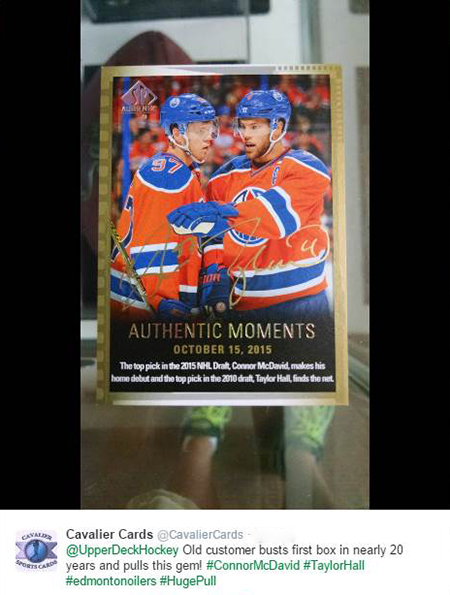 And not just any one. The card Ben scored was a dual Connor McDavid and Taylor Hall hard-signed card from SP Authentic. While Taylor Hall is no longer with the Oilers, there’s no doubt he had a great relationship with Connor and helped with his development as the two were roommates for a period of time. 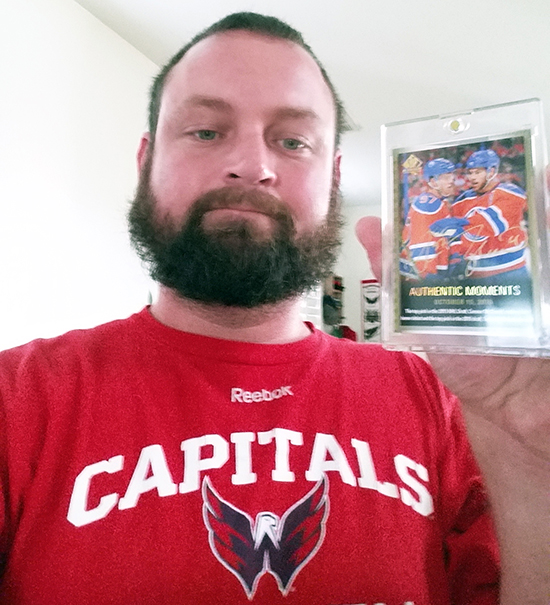 Ben hasn’t decided what he will do with the card yet, but shared that he may have the itch again. Haven’t opened a pack in a while? Give it a try. And if you have the type of luck Ben had, let us know about it!