When hockey fans heard what Upper Deck had planned for the World Cup of Hockey, the excitement was palpable. Fans in attendance couldn’t help but leave the Upper Deck booth with smiles and a handful of goodies provided by Upper Deck and Tim Hortons! 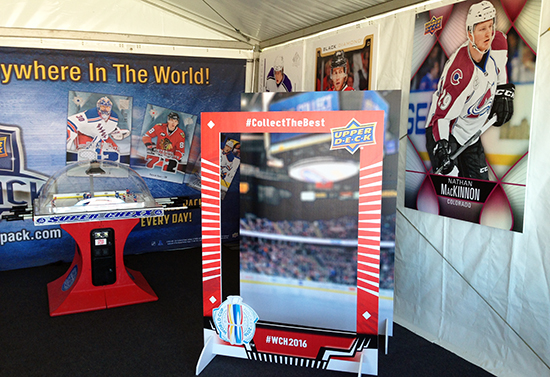 While the games were played at the Air Canada Centre, Upper Deck was getting puck lovers hyped at the Fan Village in the Distillery District. The 10-day fan festival provided locals and travelers a place to watch the games on the big screen while participating in fun hockey activities.

Most of Upper Deck’s activities targeted the young, and the young at heart! 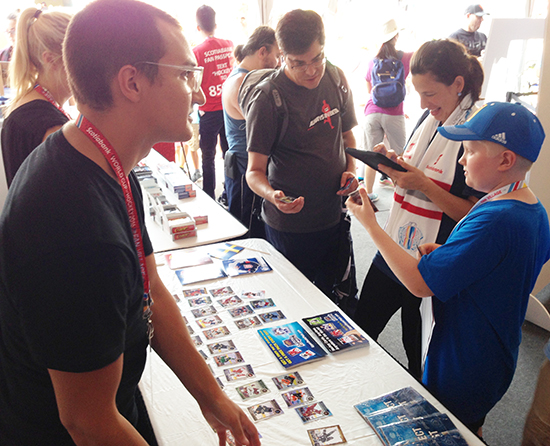 Fans were able to pose in our oversize World Cup of Hockey trading cards for fun photo opps! 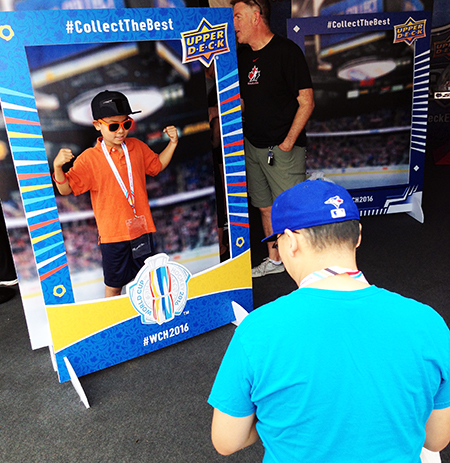 Attendees tested their skills as they tried to outmaneuver each other in bubble hockey. 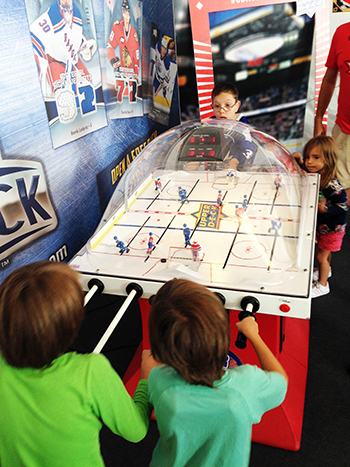 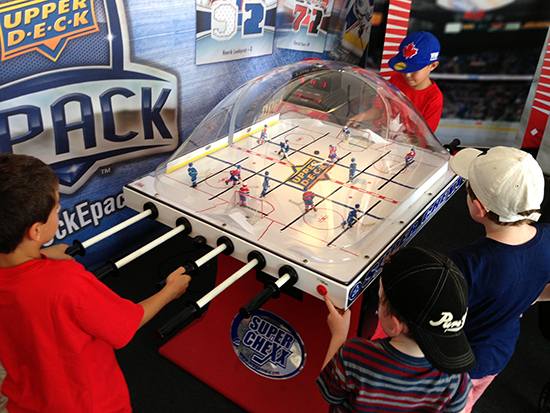 One of the most talked about activations in the entire Fan Village was Upper Deck’s Personalized Trading Card Station where fans got to wear World Cup of Hockey jerseys for their favorite team and pose for their own card. Fans were thrilled at the chance to emulate their favorite team players. 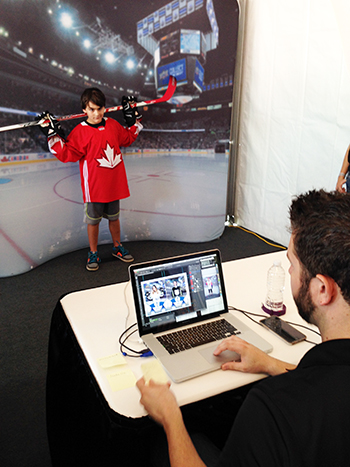 It’s safe to say everyone had a dog gone good time! 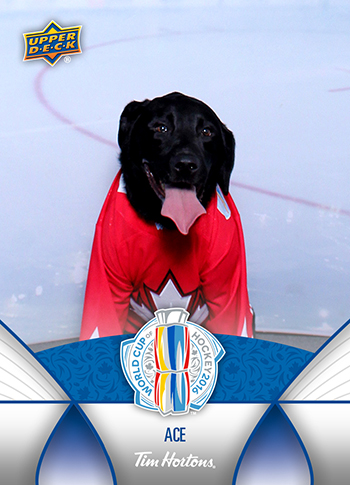 Attendees flocked to the booth to receive our World Cup of Hockey packs and beautifully designed Tim Hortons packs. Kids were extremely excited to start their card collection as they immediately began filling complimentary Upper Deck collector binders with their new cards. 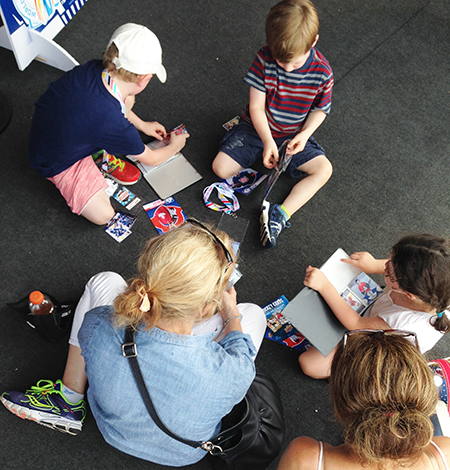 The event was the perfect place to share information on the Upper Deck e-Pack™ platform as many collectors were international, without a hobby shop nearby. Upper Deck e-Pack allows hockey fans to buy, trade and store trading cards online at any time of day, anywhere in the world!

Everyone experienced an unforgettable time as they navigated their way through the Upper Deck booth. Thank you to all the fans that brought their excitement and energy to the fan festival and we can’t wait to see you at the next World Cup of Hockey!