As a killing machine, Deadpool is very good at what he does. Although at times he can go a bit overboard. This brings us to the newest keyword: Excessive Violence.

Once per turn, you can spend one Attack point more than you need to fight a bad guy “using Excessive Violence.” If you do, you get to use all the Excessive Violence abilities on Cards you’ve already played this turn. 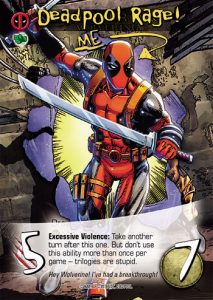 If you’ve played multiple Heroes (even multiple copies of the same Hero) with the Excessive Violence keyword they would all trigger at the same time. And no, you don’t get to save it for later. Stop trying to find loopholes. It’s annoying. 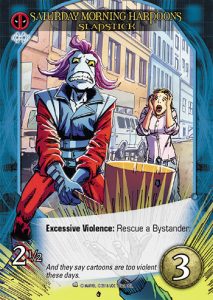 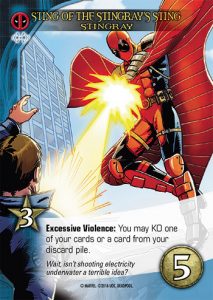 Some bad guys also have Excessive Violence abilities that let you do something awesome. If you spend one more attack point than you need to fight them, you can do that awesome thing! 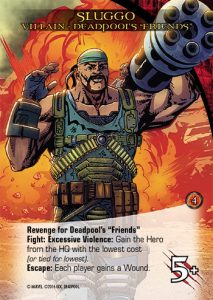 
All right, I give. I will definitely get my copy.