Over the last month the demand for one NFL player’s cards has been dramatically increasing. Many fans are going back through their 2014 Upper Deck rookie cards to see if they have any of his cards. The player is Jimmy Garoppolo and because of the four game suspension of Tom Brady, Garoppolo, entering his third season in the NFL, is going to be handed the reigns to be the starting quarterback of the league’s most dominant team. He has some incredibly huge shoes to fill, but back-up quarterbacks have a history of success for the New England Patriots and that is what many speculators are hoping for as they scurry to grab Garoppolo’s cards. 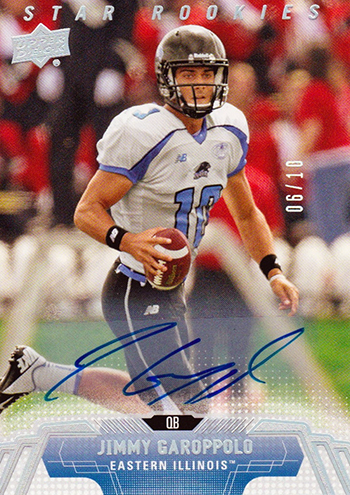 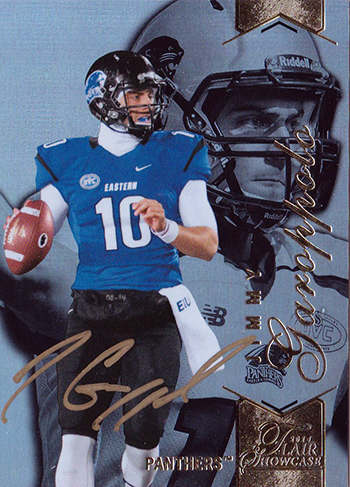 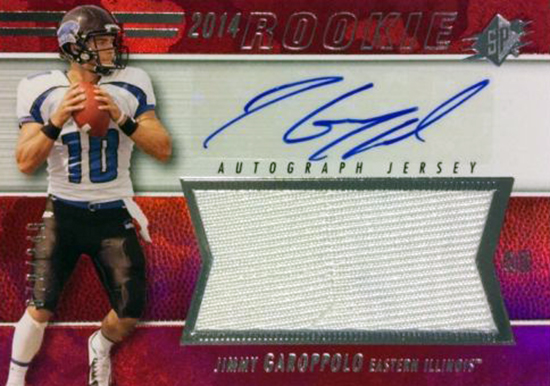 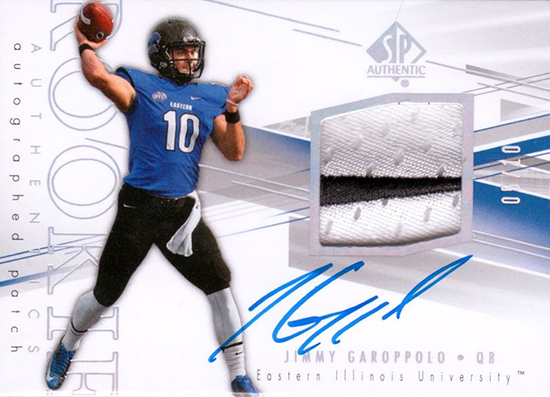 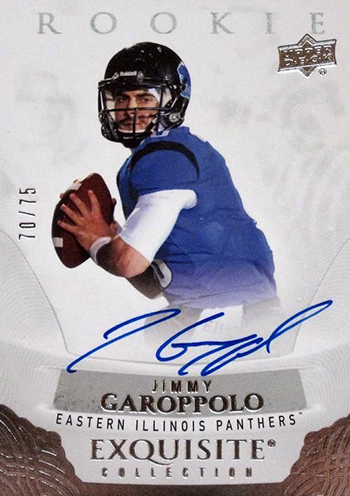 The good thing for New England, and those who have already invested in his cards, is that Jimmy has looked sharp during the times he has played and with a healthy team he has all the tools to succeed in those first four games. The increase in price for cards of Garoppolo even grabbed the attention of TMZ! 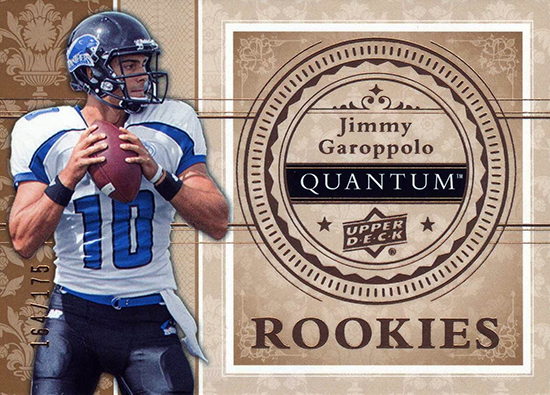 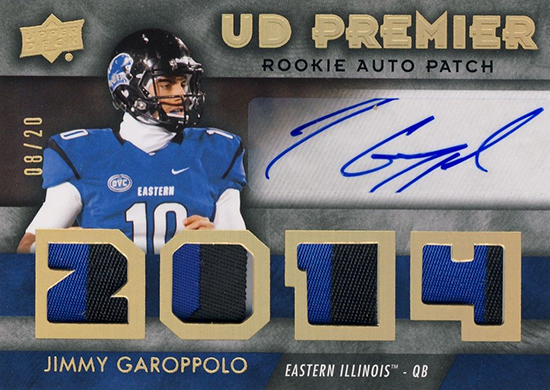 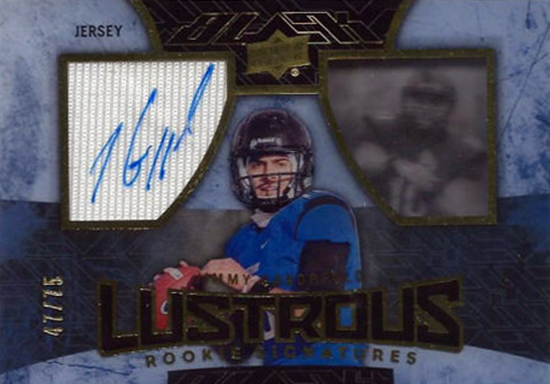 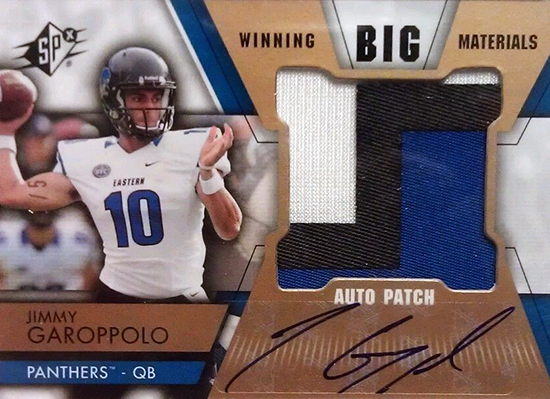 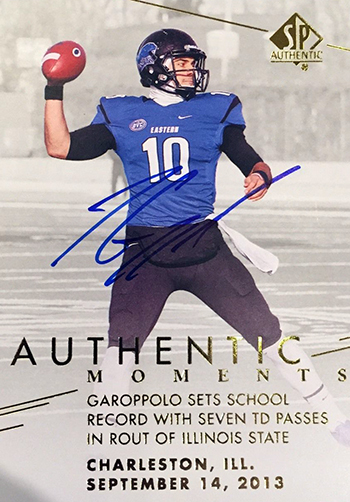 Since New England drafted him out of Eastern Illinois in 2014, Jimmy has been featured in numerous Upper Deck products. Ranging from products like 2014 Upper Deck Football, 2014 Flair Showcase Football, 2014 SP Authentic Football, 2014 SPx Football and 2014 Exquisite Collection Football some of the finest and most in demand cards of him have been produced by Upper Deck. There are plenty of other options out there from Upper Deck including promotional cards. Make sure you capture some if you think Garoppolo’s star is on the rise in New England! 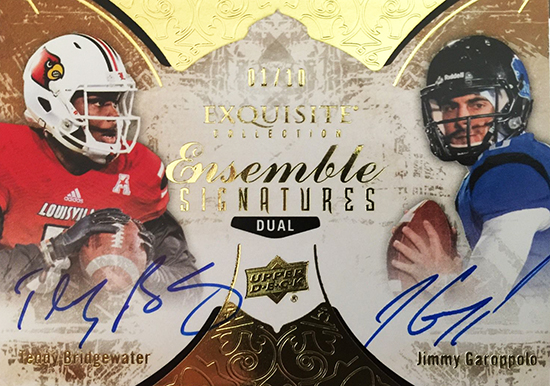 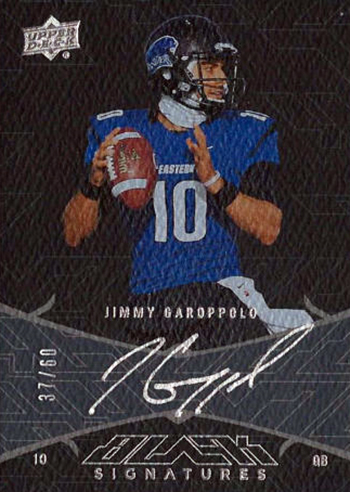 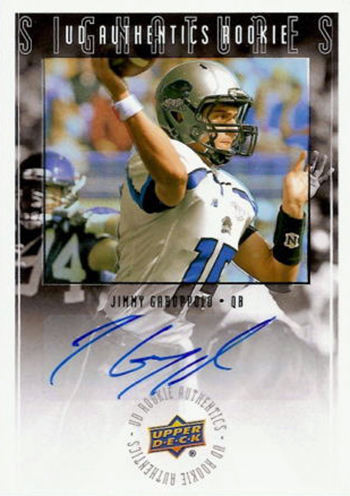