The National Sports Collectors Convention brings in tens of thousands of sports fans who spend the weekend scoring their favorite sports collectibles. Those who loyally support their local card shop and Certified Diamond Dealers at the show can earn some great goodies through wrapper redemption programs with Upper Deck. There is an elite tier of collector however who purchase at the case level who are awarded some extra benefits like being invited to the Upper Deck Diamond Club Party. 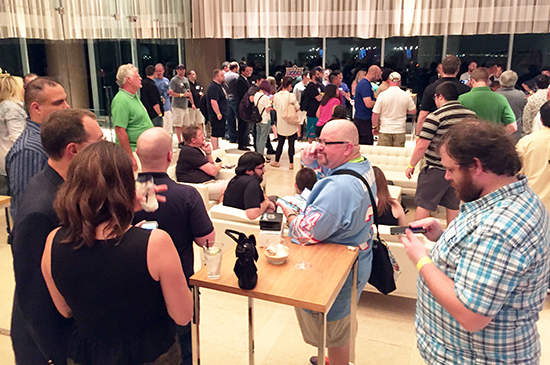 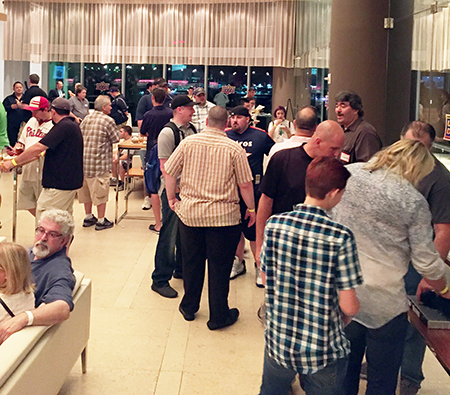 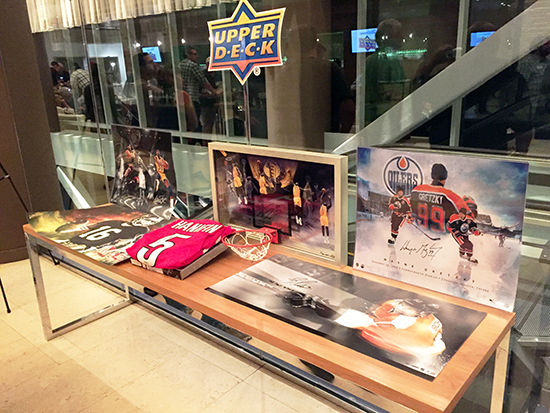 There was an incredible assortment of Upper Deck Authenticated memorabilia on several tables that all went home with collectors in attendance.

This year Upper Deck held the company’s annual event at the beautiful One Atlantic venue on the pier in Atlantic City. Guest in attendance were treated to gift packs with amazing cards found inside along with a variety of refreshments. Trading occurred fast and furious among these seasoned collectors until the crowd came to a hush when it was time to introduce the guest of honor.

Thanks to @BenSimmons25 for a fun night with our fans at the @nsccshow! Collect the best, exclusively from UD! pic.twitter.com/Sc8yiZ2YQa

Fans in attendance were thrilled to see they would be spending the evening with #1 NBA Draft Pick and exclusive Upper Deck spokesmen Ben Simmons! Ben came out to share how excited he was to be part of the Upper Deck family and then posed with pictures with all the guests. Ben will be signing these photos for fans as well. 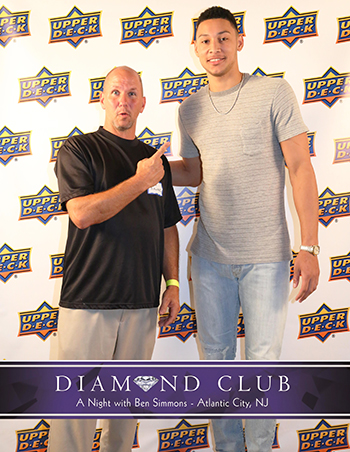 Then guests were treated to an incredibly memorable experience as Ben Simmons invited them to play pop-a-shot, starting off with the kids. The emcee asked Ben to go easy on some of the kids and use his off-hand shooting. He laughed and said, “I’ve been using my off hand all night.” Fans young and old got their chance to take on Ben and a couple guests were able to snatch a victory in the 30 second span during this fun head-to-head game. 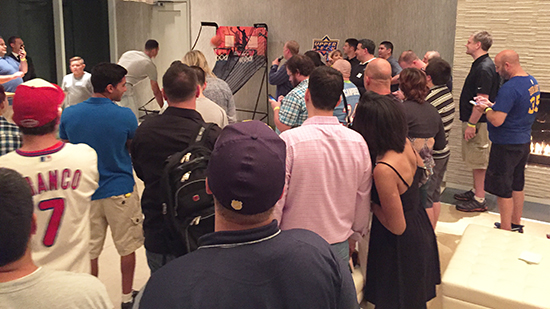 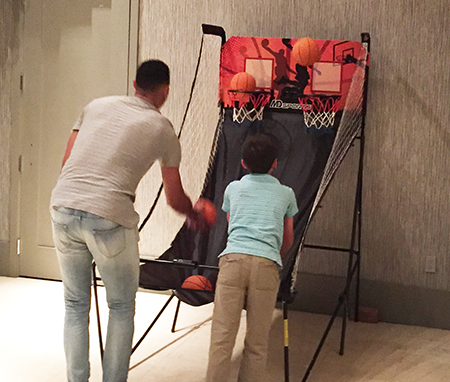 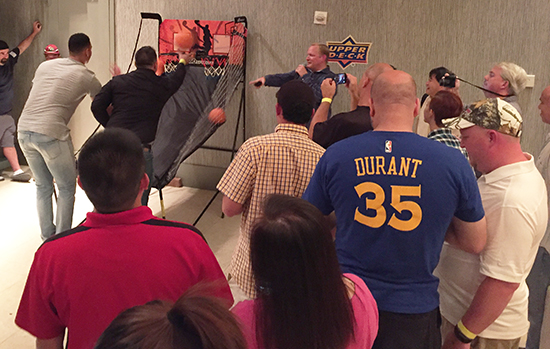 Later in the evening the company gave away a variety of incredible Upper Deck Authenticated items and even some Ben Simmons signed posters he signed prior to coming out to meet fans. The event became the talk of the National Sports Collectors Convention as Upper Deck provided fans with memories they will not soon forget!