Upper Deck’s popular wrapper redemption program at the 2016 National Sports Collectors Convention provided those who like to open packs, boxes and cases all with exciting bonuses. What’s more, Upper Deck made the pack cracking experience incredibly enjoyable by using the majority of the company’s corporate space to allow collectors to open in comfortable chairs, tables and over 20 spots for fans to enjoy UD’s releases.

Collect in comfort was Upper Deck’s motto at this National as the company made opening not only easy, but enjoyable with plenty of space to open in the breaker lounge! No waiting in lines here, we made our corporate space all about breaking! 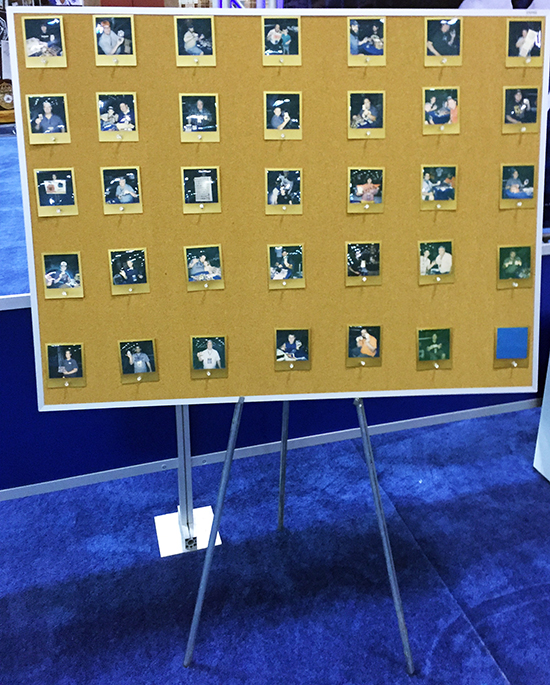 Collectors enjoyed seeing what each other were pulling on UD’s board of hits in the breaker lounge.

All show long fan’s hands were shaking as they pulled exciting autograph, memorabilia, relic, rookie and even printing plate cards. It was a good reminder why Upper Deck is the collector’s choice as fans found tons of value and excitement in packs. Check out some of the cool hits we saw throughout the show! 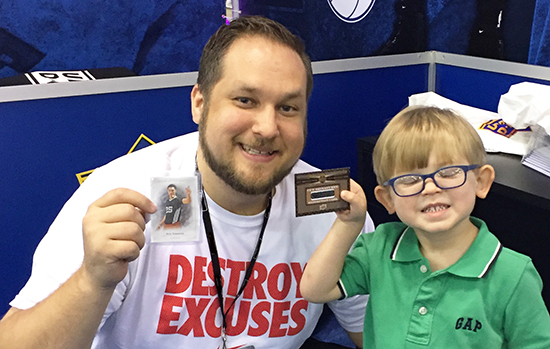 Having fun with Goodwin Champions and finding the first trading cards of basketball prospect Ben Simmons. 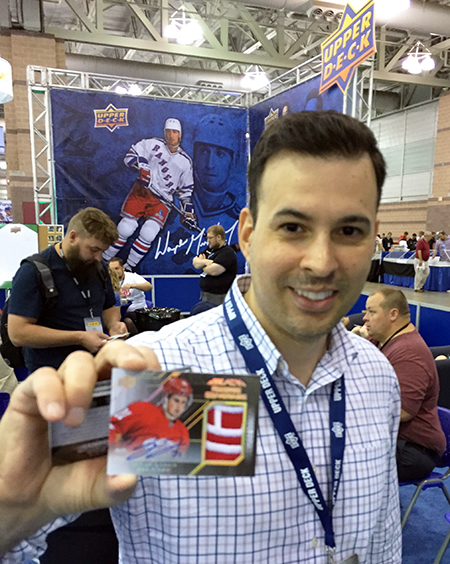 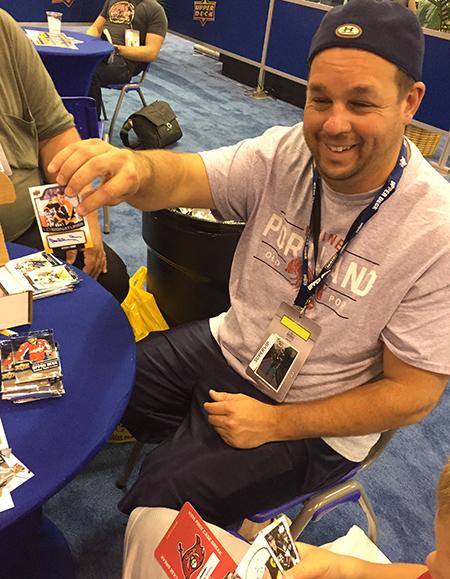 #4 – Bobby Orr Autograph has this collector all smiles! 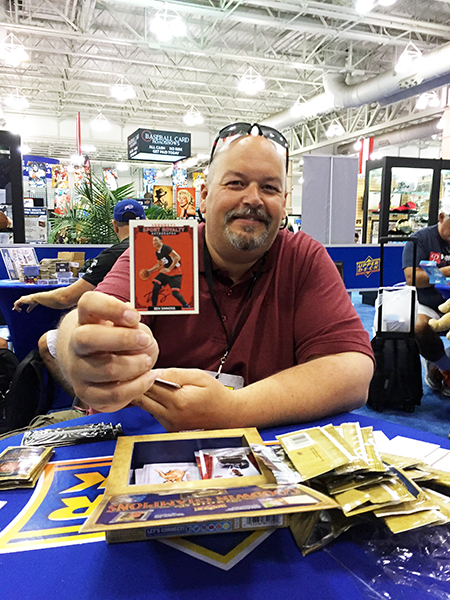 One box of Goodwin Champions – One Ben Simmons autograph card! 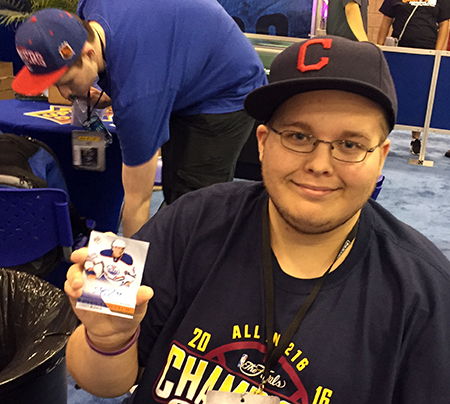 That’s the rookie every collector is looking for this season; Connor McDavid! 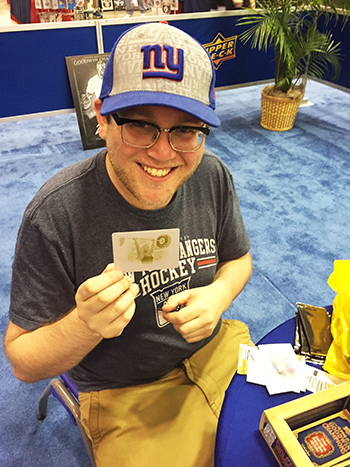 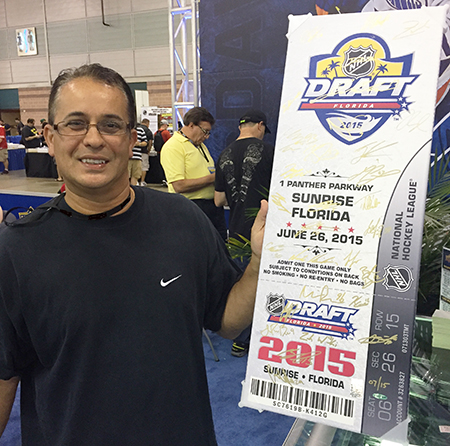 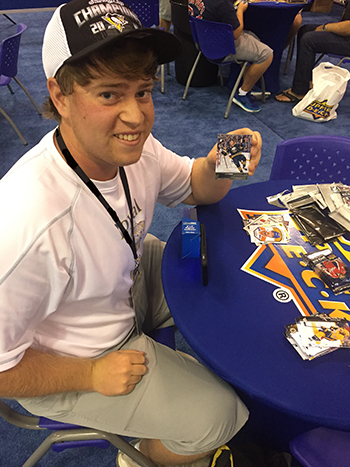 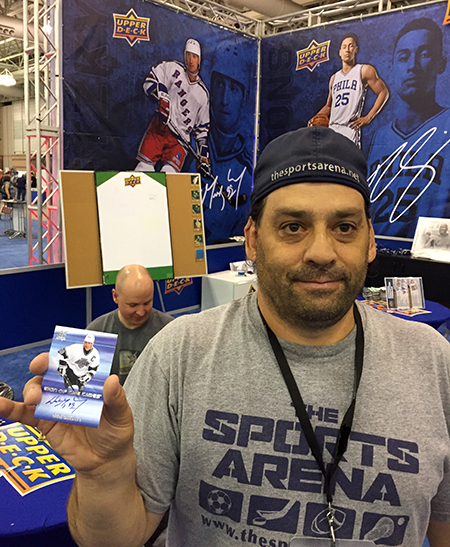 A great pull of the Great One! 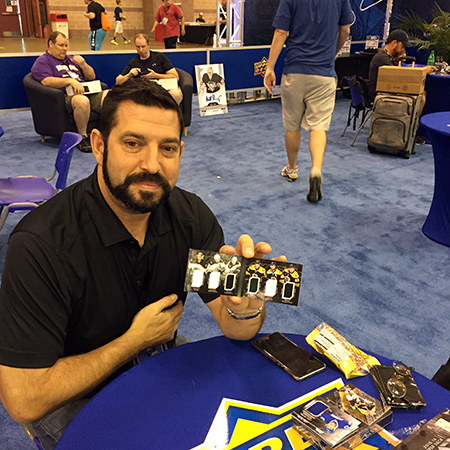 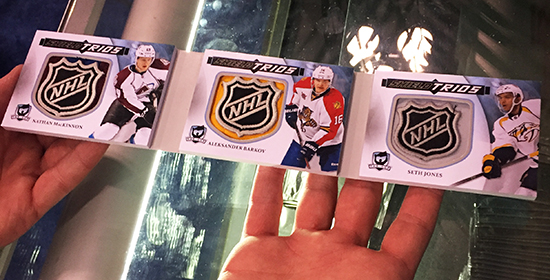 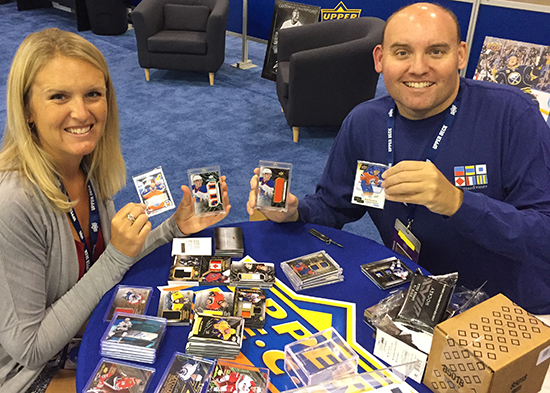 Couples that break cases together, stay together! Especially when you are scoring all these Connor McDavid cards! 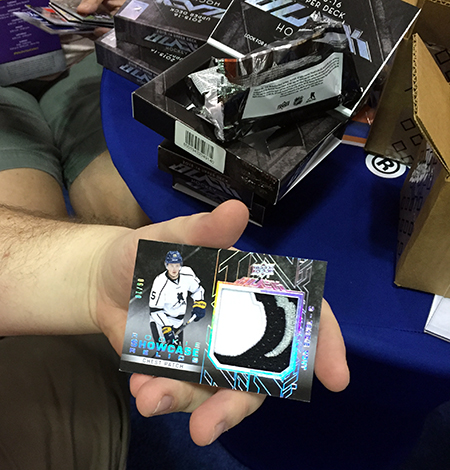 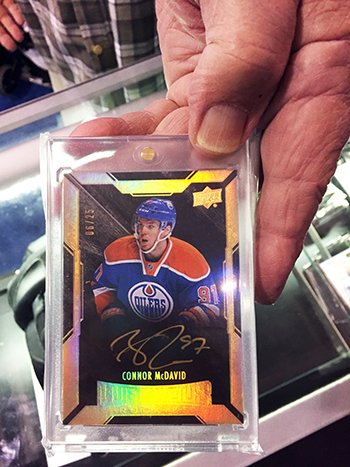 Check out this stunning autograph card from UD Black of Connor McDavid. 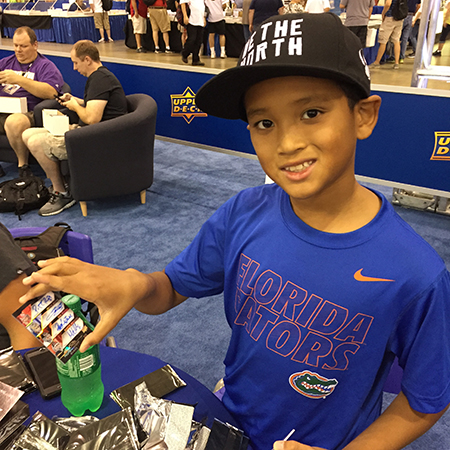 An amazing quad autograph is pulled from UD Black! 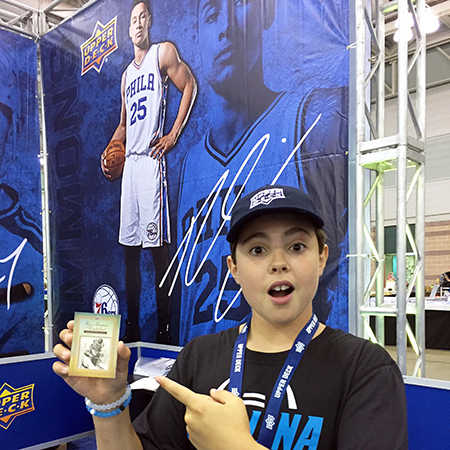 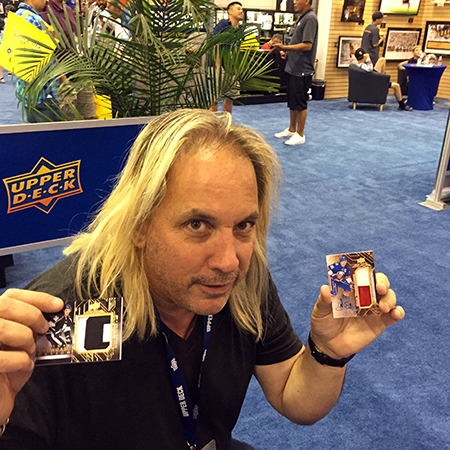 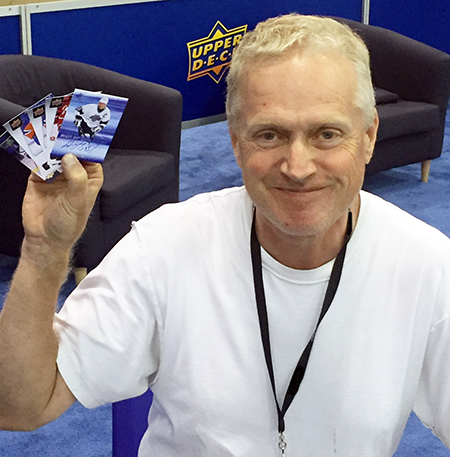 This collector had one of the last boxes at the National and he scored this beautiful Gretzky, what a way to end the show!?!?